When CBC president Catherine Tait compared Netflix’s presence in Canada to cultural imperialism at a conference last week, some audience members could be heard laughing and expressing disagreement.

But around the tables of the three-day Prime Time event in Ottawa, many industry members agreed with her, says “Corner Gas” coexecutive producer Virginia Thompson.

“I’d say she’s bang on. I think she’s absolutely right,” said Thompson, co-founder of Toronto-based Verite Films, who was at the conference.

“We’re now dealing with global players having free access to our country, our market, our audiences. They’re bringing the world’s best programming to us, so it’s a gift. But on the other hand, there also has to be a commitment to local programming … from the voices of the country in which Netflix is playing in.”

Thompson is among several Canadian producers who say they support Tait’s comments, which were made on a panel last Thursday and criticized by some as being “tone deaf” for drawing parallels between Netflix programming and the colonialism of the British and French empires.

Tait, who did not respond to a request for comment, also said Canadians should be “mindful” of how they respond to foreign companies entering the market here.

“I think what she means, and what is correct in what she said, is that all of the big internet companies that have come in have (done so) in a new a way that is different than in the past culturally,” said Brad E. Danks, a Vancouver-based producer and CEO of OUTtv, who was in the audience for Tait’s panel.

“And because of the scale and the scope of it, it’s not something that we’ve contended with before. In the past, American content, other content came in through Canadian services, and now with the internet, things arrive without any sort of regulation.”

Vancouver-based producer and filmmaker David Paperny noted Netflix is “probably the most dominant cultural force globally” in terms of TV and film viewing around the world.

“So the question I guess that Catherine Tait raised is.... Should they be regulated, as Canadian broadcasters are, to support Canadian content?” said Paperny, who got an Oscar nomination in 1994 for the documentary “The Broadcast Tapes of Dr. Peter.”

Thompson and Paperny said they appreciate that Netflix is making content in Canada and acknowledged that foreign streaming services are helping Canadian projects reach a wider audience.

The rest of the world is now watching and “loving” “Corner Gas” thanks to its presence on Amazon Prime Video Direct outside of Canada (inside Canada, it’s on Bell Media properties), Thompson noted.

And several CBC shows – including “Schitt’s Creek,” “Kim’s Convenience,” “Alias Grace” and “Anne with an E” – have received international buzz thanks to their presence on Netflix.

But Netflix so far hasn’t fallen under federal regulations that require the country’s broadcasting companies to pay into the Canada Media Fund for the creation of homegrown programming, which is defined as being “Canadian” if it meets six out of 10 criteria in a points system.

The California-based company has argued it shouldn’t be forced to pay into such funds, pointing to its 2017 pledge to spend $500-million over five years to fund original content made in Canada, a number it recently said it will “significantly exceed.”

“They need to be regulated akin to and similar to what goes on in the system,” said Danks. “Netflix is probably a broadcaster and as such should have the same obligations as a broadcaster.”

The company is also likely taking away viewers from the country’s broadcasters and thereby reducing their advertising revenue, he added.

Paperny would like to see Netflix do what he’s done with shows including “Yukon Gold” and “Chopped Canada,” and make homegrown cultural products that reflect “Canada back to itself.”

“Could Netflix support more of that? Sure. Will Canadians watch it? Sure. And would people around the world watch it, like they’re watching ‘Schitt’s Creek’ and ‘Kim’s Convenience’ on Netflix? Sure they would,” Paperny said.

“So I think it would be great to see Netflix step up and support more Canadian content.”

Thompson wants to see Netflix commit to the same level of local programming here that it’s pledged to create in Europe, with the Canadian voice reflected on its services and celebrated worldwide.

“I’m seeing Americans discussing what fun Canadian comedy is and seeing it as distinct. So we just have to wake up and smell the coffee and wake up and go, ‘Just like Italy or Spain or Belgium or Germany or the United Kingdom, we as Canadians have a voice, we have a culture, we are distinct,“’ Thompson said.

“And like everybody else we should have our place and our local voice being a Canadian voice on the world platform. And if we don’t demand that voice and that investment, then we will have no voice in the world.”

CBC head under fire after comparing Netflix to the British Raj, warns of ‘cultural imperialism’
February 1, 2019 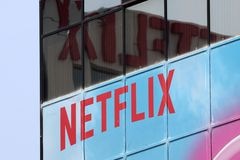 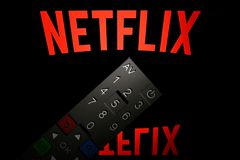