Canadian regulators are proposing new rules to govern cryptocurrency exchanges and prevent users of such trading platforms from losing access to their funds.

In particular, regulators are seeking input on how current marketplace and dealer rules should be modified to address the nuances of cryptocurrency trading. Comments are due by May 15, though it’s unclear when the regulations will come into effect.

The proposals come at a time when issues at QuadrigaCX, once Canada’s largest cryptocurrency exchange, have led to calls for regulatory oversight of the nascent industry. Quadriga was granted creditor protection last month after its CEO died while travelling in India last December, leaving its customers unable to access $250-million of their cash and cryptocurrency holdings. Since that time, both consumers and industry players have called for regulation, but some legal experts are questioning whether securities regulators have jurisdiction over the asset class.

Currently, there are no cryptocurrency trading platforms recognized as exchanges, marketplaces or dealers in Canada, according to the consultation paper by IIROC and the CSA.

Regulators have identified a number of key issues with cryptocurrency exchanges, including how those businesses safeguard the so-called private keys that are needed to unlock cryptocurrency wallets that hold consumer funds.

Other areas of concern outlined in the document include cybersecurity protocols to prevent hacks; how exchanges segregate client funds from their own capital; and the auditing of trades to prevent price manipulation.

Pat Chaukos, who heads an Ontario Securities Commission initiative called LaunchPad aimed at helping fintech startups, said the measures respond directly to those platforms that have come to the CSA seeking guidance.

“We’re dealing with platforms that want to build reputable businesses here in Canada, and they want to operate in a regulated environment,” Ms. Chaukos said in an interview.

Among them is Toronto-based Coinberry, whose CEO says the company has been working with securities regulators since mid-2018.

“Coinberry welcomes an end to the ‘wild west’ of cryptocurrency in Canada with measured regulations that balance industry realities and consumer interests,” Andrei Poliakov said in an e-mail.

But some questions remain around whether cryptocurrency exchanges fall within the purview of securities regulators in the first place – particularly since certain virtual currencies such as bitcoin are widely considered to be commodities rather than securities.

“While some level of regulation, not necessarily by securities regulators, is likely appropriate, the cost, time and other practical difficulties of complying with many of the regulatory requirements contemplated by the paper would effectively shut out many innovative cryptoasset trading platforms from the Canadian market,” said Evan Thomas, a lawyer at Osler, Hoskin & Harcourt LLP who specializes in blockchain technology.

But Ms. Chaukos said that even cryptocurrency platforms that deal only in bitcoin and other commodities could fall under the CSA’s purview depending on how the assets are traded and held.

“There’s a number of factors we’re asking the trading platforms to consider in their analysis,” Ms. Chaukos said.

In the wake of the events at QuadrigaCX, many Canadian cryptocurrency exchanges have been taking steps to reassure customers that their money is secure. For instance, Toronto-based Bitbuy has simulated a number of disasters – including nuclear attacks and the sudden passing of all of its directors – to ensure that customers would still be able to access their funds. Bitbuy also recently hired U.S.-based blockchain forensics firm CipherBlade to review its solvency status, its methods for storing cryptocurrency and its asset segregation practices. 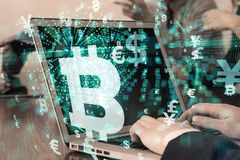