When increasing wages wasn’t enough, the owner of a Halifax-area baby boutique teamed up with other retail operators in a small suburban mall to turn a part-time sales position into a full-time job.

“We talked with other tenants in the mall who were also finding it really hard to attract workers,” says Ivy Liu, owner of Fluffy Bottom Babies at the Sunnyside Mall in Bedford, N.S.

“We came up with a plan that if we find the right worker but they want full-time hours, they could work three days here and two days in another store.”

Retailers on the hunt for workers in Canada are offering extra perks and benefits to sweeten the pot as a labour crunch increases competition for employees.

The retail industry was among the hardest hit by the pandemic as prolonged shutdowns across the country kept most non-essential stores shuttered or at strict capacity restrictions for months.

The situation caused an exodus of workers: Many were laid off during repeat lockdowns and began looking elsewhere, while others have quit to go back to school or to seek more stable employment in another field.

Now that the economy is reopening, however, industry experts say retailers are struggling to gain a full complement of staff amid fierce competition for workers.

“The war for talent is happening even in these low skilled or unskilled jobs,” says Tanya Gullison, chief revenue officer at LHH Canada, a global HR consulting firm.

“They’re going to have to look at ways to attract people that they didn’t have to in the past.”

“We know that retailers are looking at their compensation packages,” says Diane J. Brisebois, president and CEO of the Retail Council of Canada.

“We’ve heard that some are offering workers new perks, greater schedule flexibility, more benefits and in some cases higher pay.”

The latest job numbers released by Statistics Canada last week showed the labour market is full steam ahead as the economy added 230,700 jobs in June, bringing down the unemployment rate to 7.8 per cent.

As the economy reopens, competition for workers is mounting as industries seek to fill vacancies left in the wake of pandemic restrictions, experts say.

Similar to added perks in retail, restaurateurs are also upping wages and offering bonuses such as free meals and drinks during shifts, says Todd Barclay, president and CEO of Restaurants Canada.

“We’re hearing from operators across the country that finding folks to come back to work in restaurants is a challenge,” he says. “Hiring is in full swing but a lot of people have left the industry because of the uncertainty.”

Bruce Miller, brand leader for a number of MTY Group restaurants including The WORKS Craft Burgers & Beer and South Street Burger, says the company is offering a free meal with every full shift, free unlimited non-alcoholic drinks, a free uniform and a wage review after six months.

“There is a very large gap in terms of the labour available versus the job vacancies across Canada,” he says. “The demand and need for labour is problematic across the country.”

Demand for labour is expected to ramp up as restrictions on non-essential stores and restaurants continue to ease in the coming weeks, experts say.

“We’re already hearing about labour shortages and we expect it could worsen,” Ms. Brisebois says. “It will be a very, very tight labour market in the coming months,”

The teenage and youth work force – highly affected by pandemic job losses – is stepping up to fill some of those retail vacancies.

“We always see a jump in youth employment during the summertime but the youth we deal with are now very eager to get back to work,” says Timothy Lang, president and CEO of Youth Employment Services.

But with many teens and youth returning to school in the fall, the youth work force may provide only temporary relief.

Meanwhile, some suggest a bigger issue is workers hesitant to return to the work force because of COVID-19 concerns and continuing government income assistance programs that serve as a disincentive to seek work.

“There has been subsidization that has somewhat discouraged in some cases people from re-entering the market, though obviously there may also still be concerns with respect to health and safety issues,” Ms. Gullison with LHH Canada says.

If people are weighing a less attractive job that carries a potential risk of exposure to COVID-19 against a government income support program, she says it’s possible some people are choosing not to rejoin the work force for now.

“I think what we’re going to find is that employers do have to offer a lot of incentives and reasons to attract workers because they’re not going to stay in the work force in those part-time jobs if they don’t feel that it is advantageous to them,” Ms. Gullison says.

Yet some business owners say they refuse to be forced to change their compensation packages.

“The government is paying everybody so much money – as a retailer you can barely keep up,” says Ms. Dunn, who started the upscale women’s clothing store 44 years ago. “I think it will be tougher to find workers but I don’t think it will be impossible.”

Still, she pays above minimum wage and when she finds the right person “they’re treated like family.”

“I’m kind of like a mother to my staff; I’m always here to support them,” Ms. Dunn says. “If you make the cut, you know you’re in tight.”

Sun Life will let Canadian employees choose whether to return to the office
Subscriber content
July 8, 2021 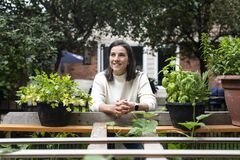 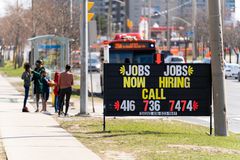