Canadian securities regulators are moving to crack down on inconsistent disclosure practices that they say are leaving investors in the dark.

The Canadian Securities Administrators (CSA), an umbrella organization comprised of provincial securities watchdogs, has published new proposed regulations for the use of financial measures that don’t adhere to generally accepted accounting principles, often referred to as “non-GAAP” measures.

The CSA cites a number of examples of non-GAAP measures including “adjusted earnings,” “adjusted EBITDA,” "free cash flow" and "earnings before non-recurring items."

The proposed rules, which are subject to a 90-day comment period that ends on Dec. 5, would give regulators stronger enforcement tools, making it easier to take regulatory action. The agency says it expects the new rules will also reduce the uncertainty around companies' reporting obligations by requiring companies to meet certain criteria when using any non-GAAP measure.

The new rules would replace the current policy, which states that in order to ensure a non-GAAP measure doesn’t mislead investors, companies “should” meet a number of criteria. The proposed regulations state that an issuer must not use a non-GAAP measure unless all of the criteria are met.

The use of customized earnings measures has exploded in recent years. In 2016, Veritas Investment Research found that 70 per cent of the members of the S&P/TSX 60 stock index of large public companies used some form of non-GAAP measures in their results, according to data compiled by Bloomberg, and many of them are not meeting the Ontario Securities Commission's guidance on how to report those measures. Their use was even higher a year later.

While some of the measures can help investors assess a company’s performance, experts and regulators have said the lack of standardized definitions can be misleading to investors.

"Companies need to be able to use non-GAAP measures to be able to tell their stories and there really is very little guidance around those things," said Al Donald, a senior audit partner at Deloitte in Canada.

Mr. Donald said the proposed regulations go beyond the current rules, which are focused on financial statements, to include information contained in the notes, as well as other kinds of measures.

"Effectively it broadens what gets covered," Mr. Donald said, adding that the new rules are also stricter about how companies must label customized earnings measures and how much prominence they are given in a report.

Over all, Mr. Donald said he is supportive of the CSA's efforts, but added that he would like to see industry-specific guidance, as well.

"There's more that needs to be done," he said.

The CSA said it has abstained from setting guidelines specific to various industries because of the sheer number of "ever-evolving" financial measures disclosed.

Canada’s Accounting Standards Board (AcSB) said in June it was launching a framework project to create new standards for the use of financial performance measures by all Canadian entities, from public and private companies to non-profits. The goal is, in part, to promote a national dialogue about non-GAAP measures and higher quality financial reporting.

“We’re supportive of all the players in the financial-reporting process participating in the improvement in the quality of this type of information, so investors have the best possible information on which to base decisions,” Linda Mezon, chair of the AcSB, said.

Regulators still seem wary of the AcSB’s efforts. In the release announcing its proposed regulations, the CSA said it is aware of commentary issued by industry groups, professional bodies and standard setters about non-GAAP measures.

"This has, in some cases, created confusion with stakeholders as to requirements under Canadian securities law versus suggested non-authoritative guidance," the CSA said.

Ms. Mezon said the AcSB will look at the CSA’s proposed rules and respond. 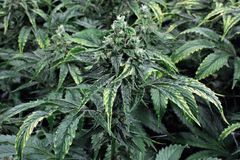 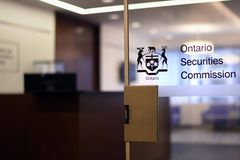 Not all online brokers are friendly to investors holding cash Subscriber content
July 27, 2018 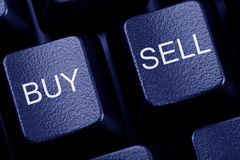