Canadian securities regulators have uncovered dozens of scams related to COVID-19 as part of a North American crackdown on fraudulent investment schemes tied to the pandemic.

In the past three months, provincial regulators have taken roughly 60 actions against pandemic-related scams, issuing investor warnings, shutting down websites and social-media pages, and sending out cease and desist letters.

The crackdown is part of a co-ordinated effort between provincial securities regulators and U.S. and Mexican state regulators under the umbrella of the North American Securities Administrators Association. The association task force, formed in April in response to a surge in pandemic-related fraud and stock promotion, has uncovered 244 scams to date, NASAA said in a public briefing on Wednesday.

“We expect investors will continue to be targeted by con artists as the pandemic continues and expect to see another wave as more medical breakthroughs to contain the virus are announced,” said Christopher Gerold, NASAA president and chief of the New Jersey Bureau of Securities. “We may just be seeing the tip of the iceberg.”

The pandemic provides fertile ground for fraudsters. People who have lost jobs may be more open to unfamiliar investment opportunities in the hope of replacing lost income, Mr. Gerold said. Meanwhile, the possibility of a COVID-19 vaccine has spawned a cottage industry of stock promoters claiming this or that company is on the cusp of a medical breakthrough or has equipment that will help fight the pandemic.

The schemes vary in structure, but typically involve promises about unrealistically high and guaranteed returns – claims that are promoted online through newly created websites. The NASAA task force identified more than 200,000 coronavirus-related domain names, most of which were created in February, Mr. Gerold said.

“Social media is heavily used for promotion,” said Jake van der Laan, chief information officer with the New Brunswick Financial and Consumer Services Commission and the chair of NASAA’s enforcement technology group. “Many of them use cryptocurrency to get the payments from the victims as well.”

Some scams purport to offer guaranteed returns that are not linked to the stock market or broader economy, providing protection against market uncertainty caused by the pandemic.

Mr. van der Laan pointed to a website called Highgoldminings.com as a Canadian example. The website claimed to offer investment plans with guaranteed returns and touted its team of professional cryptocurrency and foreign-exchange traders. It also claimed to be a Financial Industry Regulatory Authority-regulated securities dealer.

When the British Columbia Securities Commission looked into the purported company, it discovered the FINRA registration number it listed was fake and there was no active business at the address listed on the website, Mr. van der Laan said. It also determined the website had stolen photos from a Dutch public-relations firm and had used the name of a chief executive officer of an actual B.C.-based mining company called HighGold Mining Inc.

In response, the BCSC worked to have the website’s domain name suspended and Facebook page taken down. It also added the website to its caution list and issued warning letters.

Other COVID-19 schemes involve classic stock promotion, where unsophisticated investors are targeted with claims that a certain stock is about to skyrocket. A recent example is an apparent “pump and dump” scheme promoting Calgary-based gold company Crestview Exploration Inc.

In April and May, letters in an envelope marked “CORONAVIRUS AFFECTING MARKETS: READ NOW,” were delivered by Canada Post. The letter played on fears of pending economic catastrophe, and gold’s status as a safe haven investment, to claim Crestview’s shares were poised to explode by 500 per cent. The BCSC, Alberta Securities Commission and RCMP have since launched an investigation into the promotion campaign.

The pace of COVID-19 scams shows little sign of abating, Mr. Gerold said, and the NASAA task force, which involves 44 jurisdictions and 111 investigators, will continue for the foreseeable future.

“As long as the pandemic is ongoing, as long as the task force continues to actively find these types of schemes marketed and pushed out to investors, is how long the task force will continue,” he said. “At a certain point when we see diminishing returns or schemers move on to the next scam, at that point we’ll re-evaluate.” 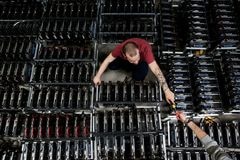