The H-1B visa allows skilled workers with “highly specialized knowledge,” such as engineers and scientists, to work in the United States for three years, with the possibility of a three-year extension. It is a key factor in the success of the U.S. tech sector, particularly in Silicon Valley, where Big Tech giants compete for the world’s best talent.

While the heads of Apple Inc., Google parent Alphabet Inc., Microsoft Corp. and Tesla Inc. all criticized Mr. Trump’s order, their Canadian counterparts pointed out how happy they’d be to hire skilled workers that the U.S. would turn away. Canada has long upheld its openness to immigration as a key strength. For the domestic tech sector, the moment could create a competitive advantage in the economic recovery from COVID-19.

“Innovation has always been happening, but right now it’s happening at an exponential pace” because of the pandemic, said Eva Lau, the founding partner of Two Small Fish Ventures and a long-time tech-sector leader in Toronto, including at Wattpad Corp. Mr. Trump’s move, she continued, “is putting us in the best position to capture the next generation of tech giants here in Canada.”

Mr. Trump said on Monday that the work-visa immigration restriction would last through the end of 2020. It is the latest of his moves to restrict immigration during the novel coronavirus crisis, claiming it makes more jobs available for U.S. citizens. The White House also said the government is reforming the H-1B program to accept only the “highest-skilled workers.”

Canadian tech companies have been trying to entice highly skilled foreign workers since Mr. Trump was sworn in as President in 2017 and quickly began to restrict the ability of non-U.S. citizens to work in the U.S.

Calgary-based MobSquad sets up “virtual subsidiaries” for U.S. companies, helping skilled workers facing visa issues to work from Canada. “The gap between how Canada thinks about immigration and how the U.S. thinks about immigration is why our business exists – and this has just further widened that gap,” chief executive Irfhan Rawji said. “If we can use this as an opportunity to have Canada be a talent magnet for the best labour in the world, I think we come shooting out of this pandemic much stronger.”

The Council of Canadian Innovators, a lobbying group that represents more than 100 scale-up tech companies, estimates that the sector had 220,000 job vacancies before the pandemic began. That’s more than domestic workers could fill and includes positions that would benefit from experience gained elsewhere. The group is building a centralized website for interested workers to post details about their experience and availability, which CCI will share with Canadian tech companies.

“It’s scaling-up talent that we really need here in Canada,” the group’s executive director, Ben Bergen, said in an interview. “We’ve got a lot of great firms, but not all of them with a tremendous amount of experience in terms of going from $10-million [in revenue] to $100-million, to a billion. There are folks that are potentially able to come here that will have that skill set to help firms here scale and become global giants.”

Mr. Trump’s move is bittersweet for Canadians such as Karim Gillani, who transferred to San Francisco with BlackBerry earlier in his career on a visa in one of the classifications that has been suspended. Now a general partner with Luge Capital in Toronto, Mr. Gillani said the visa helped him get the experience to move to his current role.

“It’s going to take us some time to fight our way back to a prosperous, healthy, growing economy,” Mr. Gillani said. “And if we can bring in high-quality, strong talent to help with that effort, it’s going to certainly be beneficial for us as a country.”

Mr. Schachnow said he felt a shift in demand about a year and a half ago as Americans began to fear Mr. Trump would further restrict immigration – particularly from U.S. companies considering opening offices in Canada. “Your company, and your employees, will likely sleep much better at night in Canada, with respect to immigration,” he said.

The informal campaign to recruit skilled workers to Canada emerged on Twitter. The social-media giant’s chairman, Canadian Patrick Pichette, wrote on Monday evening that H-1B visa seekers should “just look to the North” and be welcomed. Tobi Lutke, CEO of Shopify Inc., wrote on Tuesday morning that “Canada is awesome. Give it a try.”

The way the pandemic is reshaping the economy, however, means that moving for work may no longer be necessary. TechTO co-founder Alex Norman thinks Mr. Trump’s visa restrictions may benefit Canada in the short term, but not the long term. “If you believe more companies are working from home in remotely distributed teams, there’s less reason for someone to move,” he said.

A decline in U.S. influence might also hurt Canada’s sector, too. “If the U.S. becomes more isolated and doesn’t build as many world-beating companies, it will affect us eventually,” Mr. Norman said.

Another Canadian biotech IPO expected this week on Nasdaq as Fusion Pharmaceuticals looks to raise more than $150-million
June 23, 2020 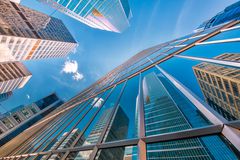 Apple to give users more control over data, shift to its own chips for Mac computers
Subscriber content
June 22, 2020 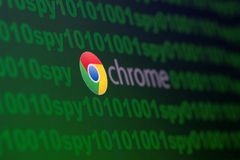