John Ruffolo, one of the best-known figures in Canada’s innovation sector, has been paralyzed below the waist after a transport truck collided with him while he was cycling north of Toronto last week.

Mr. Ruffolo, former chief executive of OMERS Ventures, was cycling in Markham in the early afternoon last Wednesday when he was hit by a transport truck. Mr. Ruffolo, 54, was taken to Sunnybrook Hospital with what York Regional Police initially said were life threatening injuries, while the truck driver remained at the scene. Police are investigating the crash and are seeking witnesses.

Mark Maybank, who has been working with Mr. Ruffolo to launch a growth equity fund targeting Canadian companies, said Mr. Ruffolo had suffered a broken spine and pelvis and that doctors have told him he is unlikely to walk again. But Mr. Ruffolo also didn’t sustain any head injuries and even helped with communications about his incident, Mr. Maybank said. “He’s remarkably resilient.”

In a social-media post on Monday Mr. Ruffolo stated: “I am as committed, and as able as always, and will be back in full force as soon as humanly possible on the pending launch of my Private Equity fund and to continue my advocacy work for Canadian Innovation.” He further asked for privacy for his family.

Carryn Ruffolo, Mr. Ruffolo’s wife, said in a statement that after surgeries Mr. Ruffolo is “in some pain but he’s alert, communicating and has been fully aware of what’s happening around him since the accident. We are so grateful that he hasn’t endured any head injuries and that we still have John as John here.”

Tonight, we want @ruffoloj and his family to know that every Canadian innovator, business leader, startup founder, tech worker – anyone who has ever benefited, directly or indirectly, from John’s great impact on Canada’s innovation ecosystem – is in his corner. #cdntech https://t.co/HnS7UYHIVB

Mr. Ruffolo started his career as a certified professional accountant, rising to run the technology division of Arthur Andersen. He became a global partner shortly before its Canadian office merged with Deloitte in 2002, and advised some of Canada’s most prominent tech companies as they navigated life after the dot-com bust.

In 2011, his former boss from Arthur Andersen, Michael Nobrega, then-CEO of the Ontario Municipal Employees Retirement System (OMERS), hired Mr. Ruffolo to lead a new division that would invest in technology startups. This gave Mr. Ruffolo a front-row seat for a decade of explosive growth in the Canadian tech ecosystem. OMERS Ventures backed some of Canada’s most well-known emerging technology companies, including Shopify Inc., Hootsuite Media Inc. and D2L Corp.

John Ruffolo has and will continue to be an incredible force in Canada for growing innovation. He champions our nations entrepreneurs and demonstrates enormous strength. I’m so grateful for his friendship and that he is here for his country and his family that he loves so much. https://t.co/a6U1tjVeal

Mr. Ruffolo also spent the past decade building infrastructure to boost the country’s startup ecosystem. Alongside former BlackBerry co-CEO Jim Balsillie, he co-founded the Council of Canadian Innovators, a lobby group for fast-growing domestic scale-up technology companies. While at OMERS, he also helped found the OneEleven startup hub, which grew to become a centrepiece of Toronto’s tech community before it shut down this year. The naming rights for OneEleven are being transferred to the Ontario Centres of Excellence – a government agency that funds the commercialization of new technologies and where Mr. Ruffolo has served as a director.

“I have seen firsthand John’s courage, integrity, and determination,” Mr. Balsillie said. “He has always been the biggest champion of Canadian tech entrepreneurs and now it’s our turn to rally behind him to make sure both his family and business life remain strong.”

Mr. Ruffolo left OMERS at the end of 2018 and has been working to launch Maverix Private Equity, which is aiming for an initial close on its first fund in early 2021.

Devastated to learn of this. John: all of us at Borrowell are thinking of you and sending you and your family positive vibes. https://t.co/4V3HOWMKsB

News of Mr. Ruffolo’s injuries shocked Canada’s technology community, where he is one of the most recognized names in the sector. “My heart goes out to John and his family at this time,” said Sid Paquette, a former managing partner at OMERS Ventures who now heads technology and innovation banking for Royal Bank of Canada. “John is not only a passionate and respected leader in the technology community, but he is a very close friend and mentor to many of us. This was a very tragic accident. John has many friends and I know all of us will band together to support him and his family through this difficult time, as best we can. We are all praying for his speedy recovery.”

“The Maverix story line is unchanged,” Mr. Maybank said. John will return “as soon as humanly possible” pending his progress in rehab. “He’s as committed and as able as always to pursue his passions – Canadian innovation and the new private equity fund,” Mr. Maybank added. “Maverix will continue on a parallel path to John’s recovery.” 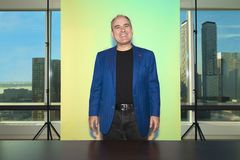 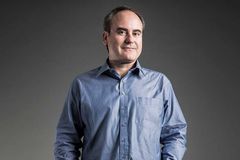