The pandemic fuelled a boom in initial public offerings by Canadian technology companies, but now, almost a year after the market for IPOs shut down, dealmakers are actively pitching the exact opposite.

Investment bankers who led a wave of Canadian tech IPOs in 2020 and 2021 have suggested to some of those same companies in recent months that they should consider going private again after a crash in their stock prices.

“There are a lot of ideas going around, and it’s not unusual for an investment banker to pitch us ideas that include public companies,” said Lisa Melchior, managing partner with Toronto private equity firm Vertu Capital. “There are quite a few on that list because valuations are looking quite good.”

“In the first half of the year, most private equity firms took the stance of waiting to see where the market bottomed out. Now there are a lot more of these discussions,” said David Wismer, the head of global technology investment and corporate banking with BMO Capital Markets. Private equity firms are “certainly now very willing to transact.”

But so far the deals aren’t happening in Canada because the gap between what suitors are willing to pay and what the CEOs and directors of those public companies think they are worth is too big. That has led to a stalemate and helps explain why a wave of privatizations that market observers predicted last spring hasn’t materialized. At least that’s the view of 18 market participants – bankers, private equity investors, public tech company CEOs and advisers – interviewed by The Globe and Mail. 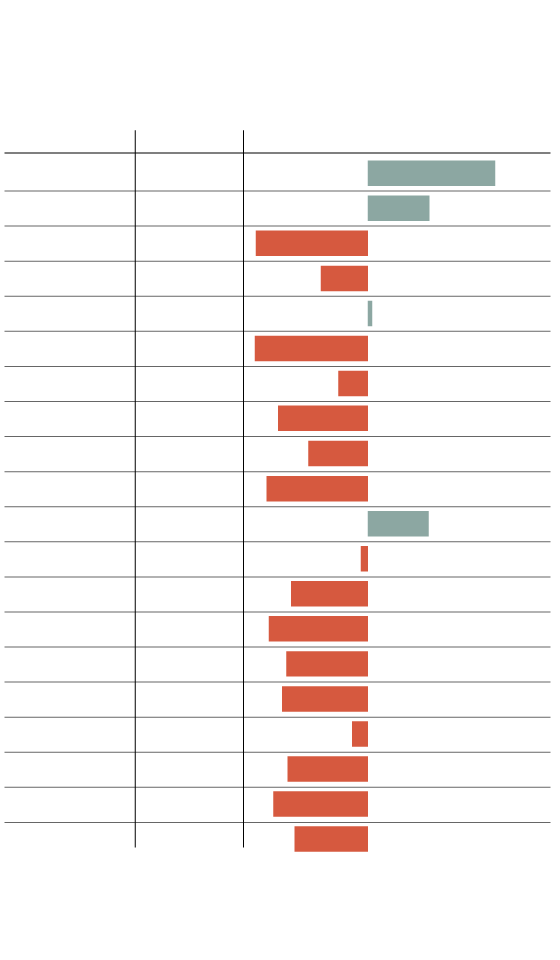 Only four of the 20 tech companies that went public on

above their issue price.

*Return as of Jan. 2022, when the company was purchased by 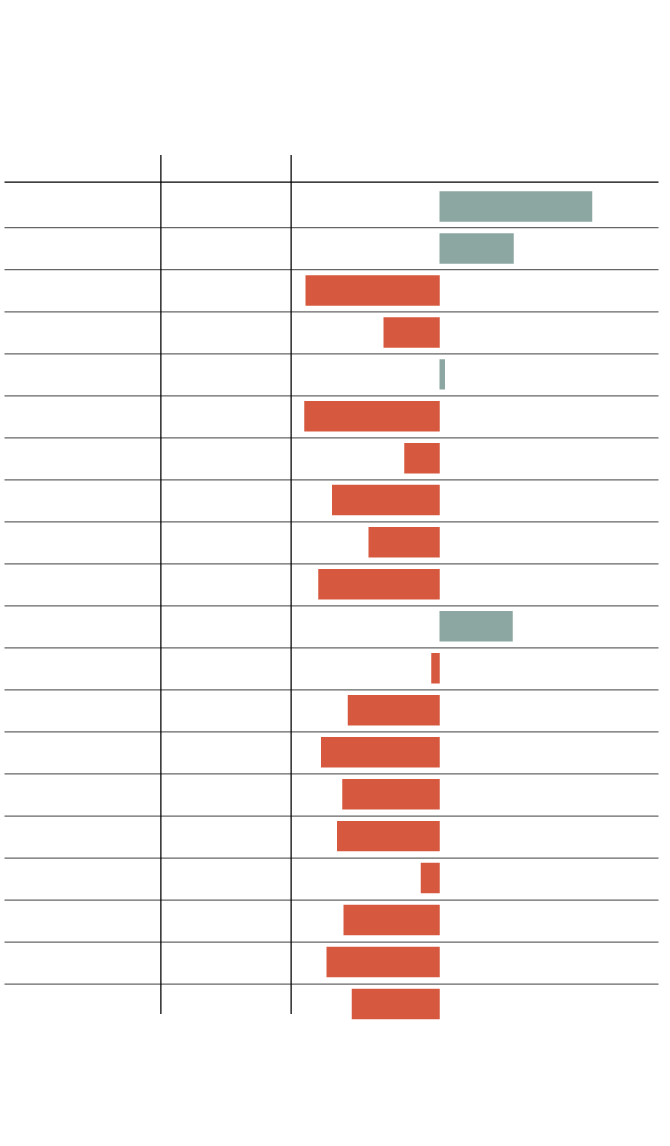 Only four of the 20 tech companies that went public on

above their issue prices.

*Return as of Jan. 2022, when the company was purchased by 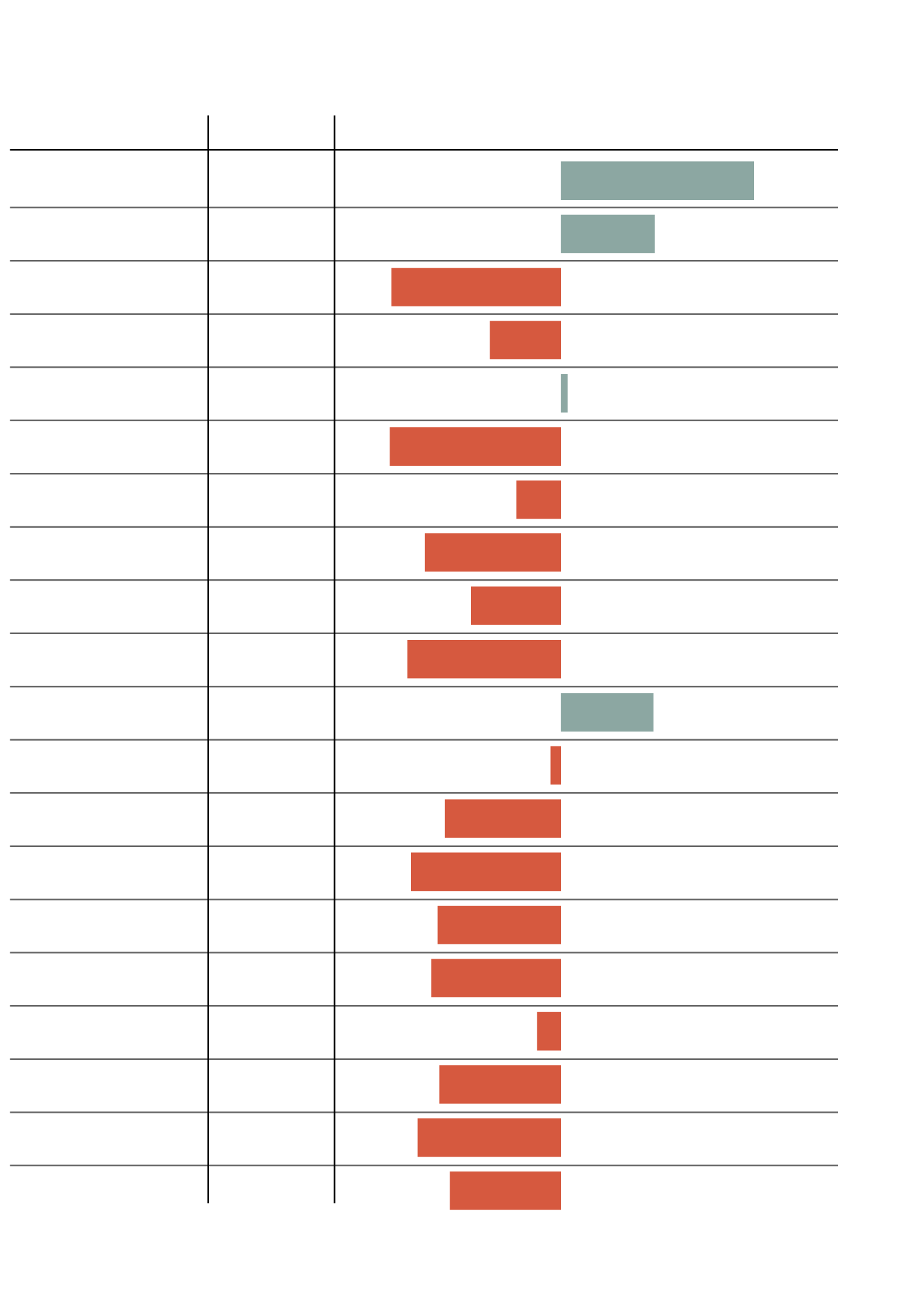 Only four of the 20 tech companies that went public on the TSX from July, 2020, to November,

2021 are trading above their issue prices.

Most companies that went public in frothier markets have seen their share prices fall 60 per cent or more. Many still have much of their IPO cash and decent growth prospects and are of the opinion that even with the premiums buyout firms would offer they would be grossly undervalued.

“We don’t need to raise cash – the business is self-sufficient,” said Rob Laidlaw, the CEO of Toronto-based VerticalScope Holdings Inc. FORA-T, a digital media company that went public at $22 a share in June, 2021, and closed Wednesday at $7.53.

He has heard from private equity firms but said that even if VerticalScope got a bid at a 40-per-cent premium – a typical private-equity offer – that would value the company at less than half its issue price. “Why would we do a deal 50 per cent below the IPO price? It’s just not going to happen. We’re not sellers at the bottom.”

Market observers say a handful of battered, smaller public tech companies in Canada have casually tested the waters for go-private transactions, though none have announced formal processes. Neil Selfe, the CEO of Toronto mergers and acquisitions advisory firm Infor Financial Group, said, “If you have good unit economics and are positive on the long-term view, today is probably the worst time in the last decade to consider selling your business.”

Interest in digital companies soared after the onset of the pandemic led people to communicate, work and transact from home in vast numbers. That led to a spike in valuations and a rush to public markets reminiscent of the dot-com bubble. After averaging one tech IPO per year from the 2008-09 financial crisis through 2019, the Toronto Stock Exchange hosted 20 from July, 2020, through November, 2021. Intense pre-IPO investor demand led to upsized rounds and offering prices. The valuations of several issuers hit $1-billion once trading began.

But stocks of “pandemic winners” came under pressure last year over concerns their growth would slow. Soaring inflation led to expectations that central banks would raise interest rates, which they did. Valuations for online software companies, which roughly doubled in 2020, fell in late 2021 and are now at the low end of their nine-year range.

In the U.S. there have been several multibillion-dollar tech buyouts this year by private equity firms, including Thoma Bravo and Vista Equity Partners; the value of such deals is on track to surpass the US$118-billion of 2021, the highest level since 2007, according to Pitchbook.

So far there has been just one reprivatization among the 20 tech companies that went public in 2020 and 2021: Telehealth company MindBeacon Holdings Inc. was bought by TSX Venture-listed CloudMD Software and Services DOC-X for $4.78 per share – well below its $8-per-share issue price. That deal was struck last November, in the early days of the stock market swoon.

Otherwise, “the gap between buyers and sellers hasn’t narrowed” here, said Ed Bryant, the CEO of Ottawa-based tech M&A advisory firm Sampford Advisors. “Everyone is saying, ‘There’s an opportunity here,’ but no one is capitulating yet. I think it will happen. Maybe one domino falls and the others go.”

Several Canadian companies are showing up on screens of bankers and private equity firms as potential targets. Drew Loucks, a managing director with Boston’s Great Hill Partners, said his firm is “tracking specifically companies that went public in the last few years that are probably subscale, have no real float and could be candidates for a take-private. There are companies on the TSX that fit that criteria.”

One name that some say is particularly undervalued is Vancouver online course hosting platform provider Thinkific Labs Inc. THNC-T. It has a market capitalization of about $140-million, about equal to its cash as of June 30. “At today’s share price there’s just no way we would do a transaction of any kind,” said Thinkific CEO Greg Smith, whose stock is down more than 85 per cent from its $13-per-share IPO price of April, 2021. “Our best path forward is to prove we can put our strong balance sheet to use and grow the company.”

For Mr. Smith, who has received several unsolicited go-private pitches, saying no is an easy choice: He and brother Matthew have majority voting control of Thinkific. “Of course people would be looking at a company like us and saying, ‘Wow, this is an amazing opportunity if we could get them to do something.’ But I’m looking at it as, ‘This would be a terrible opportunity for us to do something at this price.’”

Mr. Loucks said he expects the impasse between buyers and sellers to end in 2023 as both sides get “a better sense for the new normal.”

Kristin Smith, a principal with Montreal-area private equity firm Novacap, said “we’re already starting to see a shift in sellers’ mentality where they’re no longer anchoring on 2021 values. I do think we’ll continue to see more and more take-privates. The valuations have come down, I think peoples’ mentality is resetting. A number of tech companies that went public were lured by IPO values that are no longer there. They may be better served as a private company” in the next 18 months so they “can take advantage of some of the uncertainty in the market, especially with a well-capitalized partner behind them.”