Canadian taxpayers face higher income tax rates than almost anywhere in the United States, according to a new report.

Higher taxes on Canada’s top 1 per cent of earners, imposed by the Liberal government for the 2016 tax year, combined with extensive U.S. tax reforms brought in under President Donald Trump, has widened the tax gap between the two countries, posing a threat to Canadian competitiveness, the conservative-leaning Fraser Institute said.

“The provinces are at a significant disadvantage in trying to attract skilled individuals and entrepreneurs, who look at tax rates,” Robert Murphy, a senior fellow at the Fraser Institute, said in an interview.

“If you have high taxes on high-income earners, don’t be surprised if people’s behaviour is affected by that.”

The Fraser Institute’s analysis compared tax rates across a range of income levels for each Canadian province and U.S. state. The list of the 10 highest-taxed jurisdictions, as measured by the top marginal tax rate, includes nine provinces (Saskatchewan is No. 12).

A Nova Scotian, for example, making more than roughly $210,000 in 2019, will face a combined federal and provincial marginal tax rate of 54 per cent on the portion of income above that threshold. Nova Scotia, Ontario and Quebec have the highest marginal income tax rates for those earning $300,000; Alberta and Saskatchewan have the lowest.

Over the past decade, the combined federal and provincial top personal income tax rate has increased in every Canadian province, according to the report.

In late 2015, the federal Liberal government introduced a new tax bracket for incomes of more than $200,000, in an attempt to shift more of the country’s tax burden to wealthier Canadians. “We are asking Canadians who have the most to contribute a little bit more,” Finance Minister Bill Morneau said at the time.

There’s more to the debate over tax competitiveness, however, than statutory tax rates alone. A complex system of credits, write-offs and loopholes mean taxes paid can differ substantially from statutory rates.

In addition, Canadians have access to more social programs partly subsidized by income taxes than do American taxpayers, most notably universal health care.

“A lot of people choose to live in Canada because of other factors – infrastructure, the education system, health care and quality of life,” said Toby Sanger, executive director of Canadians for Tax Fairness. "To say this makes us non-competitive, that’s a narrow and simplistic view of competitiveness.”

But the Fraser Institute says that a policy of high marginal tax rates risks backfiring, as taxpayers go to greater lengths to avoid paying rates that take 50 per cent or more of each incremental dollar of income.

And with the United States moving in the opposite direction on tax policy of late, Canadian policy-makers risk fuelling a brain drain across the border, said Fred O’Riordan, national leader for tax policy with Ernst & Young LLP. “Top talent is scarce and it’s more mobile than it used to be," he said.

Consider the competition for tech talent between Ontario and California, Mr. O’Riordan said. Not only is the top income tax rate in Ontario higher, but the threshold for the top income bracket is far lower. “In that sense we're not competitive – not by a long shot,” he said.

Canada can’t compete with the United States on taxes, not just at the highest bracket, but across the income spectrum, the Fraser Institute’s report said. At a personal income level of $50,000, British Columbia has the lowest statutory marginal rate of 28.2 per cent. The highest U.S. rate for that level of income is 21 per cent in Oregon.

“If you’re going to have these very high rates, you’re going to need more resources for time-consuming and expensive audits and investigations,” Mr. O’Riordan said. The cost of enforcing higher tax rates is one factor that makes income taxes less efficient than value-added taxes, such as the GST, he said.

However, there is by no means a consensus on the assertion that Canadians are overtaxed.

Last October, Statistics Canada reported that Canadian taxpayers spent an average of 9 per cent of their total income on combined federal and provincial/territorial income taxes in 2016.

According to a recent Broadbent Institute report, that kind of figure “undermines the narrative of an undue and growing tax burden for typical Canadians.” 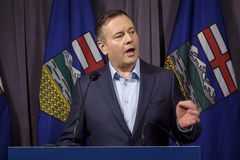 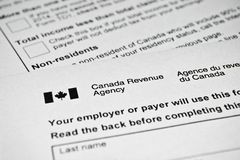 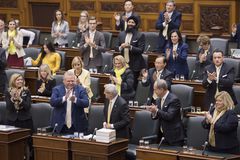