Household wealth has increased across all income brackets during the COVID-19 pandemic, thanks to government income support and buoyant stock and housing markets, according to a new analysis of the financial well-being of Canadians.

Over the first nine months of 2020, overall household net worth (assets minus liabilities) increased by 5.2 per cent, Statistics Canada said Monday. In percentage terms, the wealth gains were greatest for the lowest-income households (6.3 per cent) and those with a primary income earner under 35 years old (7.7 per cent).

It’s a trend that stands in stark contrast to the labour market, where low-wage workers and young people have been among the hardest hit by the pandemic. However, federal government programs have more than offset lost wages, while easier credit conditions have contributed to a rabid phase of home-buying in nearly every market, with many joining the ranks of homeowners.

“Although the pandemic greatly reduced job security for many households in 2020, lower-income earners and younger households acquired mortgage debt at a faster pace than other households as they were encouraged by dramatically reduced mortgage lending rates offered by financial institutions,” the agency wrote.

As Ottawa buoys the economy, homeowners with jobs reap the benefits

Despite the higher debt, “they were also less leveraged as real estate values grew at an even faster pace,” Statscan added.

The pandemic has undoubtedly shaken up Canadians’ finances. As the health crisis escalated last year, millions of people began to lose their jobs or shifts. Across every income and age bracket, compensation of employees declined in the second quarter, when lockdown measures were strictest.

To mitigate the impact, the federal government created several programs to bolster incomes. They included the Canada Emergency Response Benefit (CERB), which paid the equivalent of $500 weekly before tax. Through early October, when CERB ended, nearly nine million people had tapped that program and employment insurance to the tune of $82-billion in payments.

Without government support, overall household disposable income would have dropped by 3.6 per cent in the second quarter, Statscan said in its analysis.

“The value of COVID-19 support measures provided by governments more than compensated for those losses” of wages, salaries and self-employment income, Statscan said. That was true for all income and age brackets.

In particular, the agency pointed to middle-income households that, on average, gained about $2,500 more through support measures than they lost in employment earnings in the second quarter.

The stock market resulted in some volatility for wealth. Equities suffered a steep fall in the early weeks of the pandemic, before mounting a full recovery. The top fifth of households by income accounted for 55 per cent of the $470-billion decline in the value of financial assets over the first quarter. But they then accounted for more than half of the $677-billion gain that followed, to Sept. 30.

Across all income and age brackets, household debt-to-income ratios were lower at the end of the third quarter than at the close of 2019. However, ratios started to creep higher in the July-to-September period for some households, including younger ones.

Poll finds nearly 8 in 10 Canadians say they are part of the middle class
Subscriber content
December 8, 2019 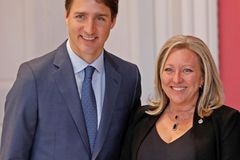 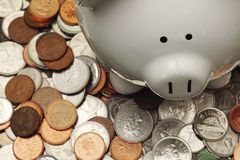