The Canadian government and lumber industry argued on Tuesday that American forestry companies have not been hurt by imports from north of the border, as Ottawa tried to persuade an international trade tribunal to lift punitive Trump administration tariffs.

At a hearing by a trade panel under Chapter 19 of the North American free-trade agreement, lawyers for the Canadian industry and federal government said U.S. lumber producers were doing just fine before the tariffs were imposed – and certainly did not need any protection from Canadian competition.

The Trump administration imposed punitive duties averaging 20.23 per cent on Canadian lumber imports, starting in 2017. The tariffs were upheld by the U.S. International Trade Commission at the end of 2017. Canada has appealed this decision to a NAFTA tribunal, consisting of three Canadian members and two Americans.

Elliot Feldman, representing Canadian lumber giant Resolute Forest Products, said the effect of the ITC’s decision was merely to help American companies maximize revenue. He argued this was a misuse of punitive duties.

“The law isn’t there to increase your profits. The law is there to protect you from unfairly traded imports,” he told the hearing at the American University campus in Washington. “I don’t believe the law is written to fatten the cow.”

“So the cow has to die?” fired back Stephen Claeys, a trade lawyer and one of the American members of the panel.

The ITC and U.S. industry countered that Canadian competition had pushed lumber prices down and taken a bite out of American companies’ market share.

Lisa Wang, a lawyer for American lumber-industry group Coalition, pointed to numbers that showed U.S. companies’ piece of the pie fell by 3.87 per cent from 2014 to 2016, while Canadian companies’ share rose by 3.35 per cent. While demand for lumber was stronger in 2016, she said, prices were lower than in 2014. That period coincided with the end of a previous lumber deal that capped the amount of Canadian exports to the United States.

“As Canada gained in market share, it came at the direct expense of U.S. producers,” she said. “In this market, it is a zero-sum game.”

Much of Tuesday’s hearing revolved around arguments over which time period to consider when looking at whether the U.S. industry was hurt by Canadian competition. Canadian government lawyers contended that 2014 was an anomalously good year for the American lumber market and should not be the basis for comparisons. Instead, they said, it was better to consider the year after the 2015 expiration of the previous lumber deal, when prices increased even as more Canadian lumber entered the U.S. market.

The United States’ central accusation in the softwood-lumber dispute – which has been running intermittently since 1982 – is that Canadian companies compete unfairly by paying less to cut down trees than their American counterparts do. In the United States, most timber is on private land, and the prices companies pay are set by market forces. In Canada, however, most timber is on public land and the prices are set by provincial governments. The U.S. industry accuses Canadian provincial governments of setting prices artificially low.

Mr. Trump even tried to abolish the Chapter 19 dispute resolution system in NAFTA renegotiations last year, to deprive Canada of a recourse for challenging punitive duties on softwood lumber. Canada, however, held out to keep the provision and Mr. Trump’s negotiators eventually acquiesced. The rewritten deal, dubbed the U.S.-Mexico-Canada Agreement, is currently stuck in the American Congress.

The panel will make a decision in the coming months. Besides Mr. Claeys, the tribunal’s members are Stephen Powell, an American and the panel’s chair, and Canadian members Jack Millar, Andrew Newcombe and James Ogilvy.

Canada to seek relief from U.S. duties on softwood at NAFTA panel amid industry downturn Subscriber content
May 7, 2019 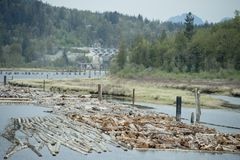 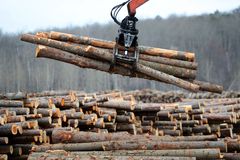 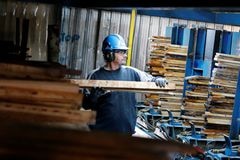