Facebook Inc. is grappling with a brand crisis, amid revelations that users’ data were improperly collected and exploited for political purposes. ​The news has driven down the value of the company’s stock by more than US$100-billion in the past two weeks. But even before this news broke, Canadians’ trust in the world’s biggest social network was plummeting.

In its annual CanTrust Index survey, conducted in January, and shared in advance of its release exclusively with The Globe and Mail, Proof Inc. (formerly Environics Communications) found that trust in Facebook as a company has taken a major hit – 34 per cent of survey respondents rated the brand positively for trust, compared to 51 per cent in last year’s survey.

On Wednesday, Facebook took what it called “the first of many steps” to address concerns, announcing changes to the way it presents privacy controls on the service in an attempt to appear more transparent to its 2.2 billion users. The company has been in damage-control mode over the past week, with CEO Mark Zuckerberg expressing his remorse for what he has called a “breach of trust” in media interviews and in a newspaper advertising campaign in the United States and United Kingdom. Earlier this week, Facebook Canada managing director Garrick Tiplady echoed Mr. Zuckerberg’s comments in an interview with The Globe. “If we can’t keep our customers safe, we don’t deserve to serve them. Period,” he said. ”... People should know how their data are being used, and we need to make sure that is far more visible on our platform.”​

Cambridge Analytica, AggregateIQ and the Facebook scandal: A guide to who’s accused of what

The company was already working on the privacy update, “but the events of the past several days underscore their importance,” chief privacy officer Erin Egan wrote in a blog post. According to the company, the changes will make it easier for users to see the data Facebook collects on them, to download that data, and to better understand their privacy settings. But the update does not change Facebook’s policies on collecting data about users, for now.​ The company said an update to its privacy policy and terms of service will be coming soon, but would not give further details.

Regaining trust will not be easy for Facebook. Other technology companies included in the CanTrust Index survey did not experience similar declines, and the drop leaves Facebook’s trust at roughly half the level that respondents rated Google. (The list of brands below is by no means comprehensive: Proof selects brands to study that are in the news or involved in an issue. The Globe and Mail was included for the first time; 52 per cent of respondents ranked it positively.) The full CanTrust Index report will be released in April.

It is not the only survey to raise questions about the health of Facebook’s brand: Earlier this week, an Angus-Reid poll indicated that 64 per cent of Canadians surveyed intend to either use Facebook less, or change their privacy settings, because of concerns over the use of data on the platform. Another 10 per cent said they are considering deleting or suspending their Facebook accounts altogether.

Last year’s CanTrust Index survey showed a drop in trust in the Facebook newsfeed as a source of information, following questions about Russian meddling and social media’s role in swaying voters during the U.S. election; that trust remained low this year. Just four per cent of people said it was their preferred source for news.

“The classic view of crisis communications teaches us that the response to the crisis is almost as important as the crisis itself,” said Proof Inc. CEO Bruce MacLellan. “... Facebook has made an apology, which is progress, but I think they have been slow to manage this crisis. That’s probably why trust in the company as a whole is starting to slip.”

That said, people are still using Facebook: 84 per cent of those surveyed reported daily use of the social network. And information from family and friends posted on social media is still reasonably trusted; people’s distrust has to do with the newsfeed as a source for news. Earlier this year, Facebook made a change to its newsfeed to prioritize content posted by family and friends, and said it would show fewer links to articles and other types of content.

Meanwhile, the CanTrust Index found there is also a larger consideration when it comes to Canadians’ trust of social media over all. The study looked at trust in sectors, and found that social media in general ranked lower in trust compared to others such as broadcasters, telecommunications providers and insurance companies.

Facebook executive says tech giant ‘has a lot to answer to’ after data scandal
March 28, 2018 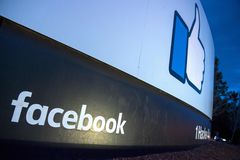 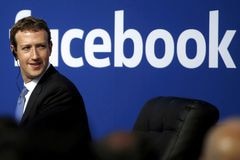 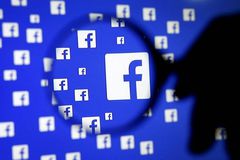