They were left for dead, or something very close to it.

Cannabis producers were shut out of capital markets in 2019, reeling from writedowns sometimes worth hundreds of millions of dollars and struggling to forecast any profits for the foreseeable future.

Starved of fresh cash to fund their growth – and in some cases, to simply finish their production facilities – the sector nosedived. The Horizons Marijuana Life Sciences Index , which tracks the industry’s stocks, lost three-quarters of its value in one year.

Yet, after all of that, cannabis companies are roaring back. In some cases, they are worth more than ever.

Since Democrats took control of the Senate after January’s run-off election in Georgia – making U.S. legalization much more likely – Aphria Inc.’s shares have almost tripled in value. They closed at $30.09 on Tuesday after gaining 25 per cent in a single day – on no news. Its shares are now worth far more than $22.89, their record price during the first cannabis boom.

Industry giant Canopy Growth Corp. has also soared, climbing another 12 per cent Tuesday on the back of quarterly earnings. The big reveal this quarter was that management committed to reporting positive earnings before interest, taxes, depreciation and amortization by the middle of fiscal 2022. Investors seemed to like that, even though Canopy also reported a $829-million loss and added that it won’t have positive free cash flow until fiscal 2024.

Even the smaller players who had been almost completely written off by investors are seeing major market gains – though, they remain far off their peaks. Green Organic Dutchman Holdings Ltd. has more than doubled in value this year, and Supreme Cannabis Company Inc. is up 168 per cent over the same period.

The best explanation for these exceptional gains? The recent retail investor euphoria has spread to cannabis. This is a sector with a history of attracting typical day traders – including Reddit users, who became known as the cannabis bros during the previous bubble.

Of course, there are tangible developments, notably the potential for U.S. legalization, which would make it much easier for cannabis companies to raise money in the United States. Many producers are also reporting revenue growth. In this country, legal cannabis sales recently surpassed the black market, according to Statistics Canada.

The industry has also cleaned up. Many management teams have been replaced, meaning they are no longer led by the cowboys who ran straight into a wall during the previous boom. The big players are even adopting reporting traits of established industries. “Encouragingly, our sole Outperform-rated Canadian cannabis company is showing the characteristics of a more mature consumer packaged goods company, introducing medium-term guidance on sales, EBITDA and cash flow,” Cowen & Co. analyst Vivian Azer wrote in a note to clients Tuesday.

For all these reasons, cannabis companies have been able to raise fresh funds again. Supreme Cannabis just sold $23-million worth of shares in January, and Valens Company Inc. raised $40-million. Even Aurora Cannabis Inc., which is an outlier today because its shares remain decimated relative to their peak values, was recently able to raise US$138-million.

But just like the previous boom, the recent hype can’t mask the fundamental issues.

The Canadian market is awash in cannabis, for one, and prices here are still too high in consumers’ minds, according to a recent survey from Bank of Montreal and Drop Insights. “In the face of increasingly tougher consumer expectations, some more consolidation and much more rationalization are needed to improve industry fundamentals,” BMO analysts wrote in a note to clients last month.

While U.S. legalization is certainly looking more likely, most analysts now expect it to be at least a year away as Congress remains preoccupied with COVID-19. Then, even if it is passed, it’s not as though the U.S. will offer carte blanche for Canadian companies. There are scores of MSOs – multistate operators – already in business there, because many states have already legalized recreational use.

If this is another bubble, it may simply take time for the rise and fall to play out. The prospect of U.S. legalization is a major catalyst, and the sector has already seen two others like it in its short history – Constellation Brands’ multipart investment in Canopy Growth, and the signing of the 2018 U.S. farm bill. 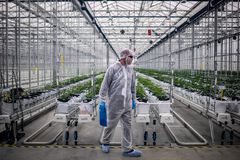 Canopy Growth forecasts profitability in second half of next year after restructuring
Subscriber content
February 10, 2021 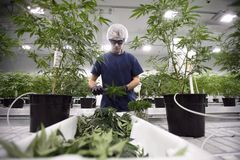