Every few days, Drummond Munro gets a call from someone who wants to sell him their business – and the calls are only getting more frequent.

As the co-founder of Superette, a cannabis retail company in Toronto, he witnessed the boom: thousands of stores opening within two years. With the market spread thin, getting by has become a struggle for many mom-and-pop shops.

“The realities of running a cannabis retail space have changed,” Mr. Munro said. “The independents are realizing this is a far more challenging environment than they had expected.”

Analysts have been predicting the cannabis retail market is due for consolidation. Mr. Munro is seeing that firsthand. On Tuesday, his company announced it had acquired two other retail brands, Cannoe Cannabis and Dimes Cannabis, with two locations apiece in Toronto. This brings the company’s total store count to 12, with four more opening soon.

According to Mr. Munro and Stephen Arbib, co-founder of Cannoe, the decision behind the acquisition came down to a shared vision of the future of cannabis sales – immersive store and product design, custom-picked products and experienced staff – but financials were a factor, too.

“It just made sense for us from a scale perspective,” Mr. Arbib said. “We believe that once the industry normalizes, there will be significant opportunities to build long-term, sustainable companies, but this will require much of the dust to settle – 2022 will be a year filled with lots of hardship for many in this industry.”

Surging growth of cannabis retailers in Ontario could lead to a wave of closures, experts warn

While highly subscribed, it’s a fragmented market – thousands of retailers across the country, and none have more than 5-per-cent market share, according to Frederico Gomes, a cannabis analyst at ATB Capital Markets.

Now, he estimates up to a third of cannabis retail stores could be consolidated over the next year and a half. “It’s a natural development of a nascent market – like a pendulum,” Mr. Gomes said.

Meanwhile, industry insiders continue to say regulation is stifling business: In all but one province, retailers must purchase cannabis products for resale from their respective governments at a mark-up, limiting their ability to compete with the provincial retailers and each other.

The retail sector in Ontario was initially bogged down by bureaucratic complications and a controversial licensing system. In 2021, the flood gates opened to a surge of enthusiastic entrepreneurs, ready to start their own marijuana shops.

There were just 67 stores in early 2020, growing to nearly 500 a year later. Since last spring, a further 900 stores have been added to the tally, bringing the total in Ontario to almost 1,400. Alberta boasted around 800, according to the Alberta Gaming, Liquor and Cannabis Commission, and British Columbia had licensed just more than 400 as of November, 2021.

The prodigious growth of the sector has led to concerns over market saturation. With tight restrictions on advertising making it difficult for retailers to differentiate their brands, many have resorted to offering aggressive discounts and value products, further whittling down profit margins to compete with neighbouring shops, sometimes just steps away.

As a result, the rate of expansion has slowed. In Ontario, applications for Retail Store Authorizations –required to open new cannabis shops – have been declining monthly, down to 32 in January, since hitting a high of 123 in April, 2021, according to data from the Alcohol and Gaming Commission of Ontario (AGCO).

“I think the next year will be devastating for a lot of retailers,” said Lisa Campbell, founder of cannabis sales marketing company Mercari Agency Ltd. “Everyone’s cutting their margins to survive and steal market share from other retailers. It’s so tough right now just to keep the lights on.”

The average quarterly sales for each store in Ontario have more than halved as new entrants flooded the sector. In 2020, each store averaged just less than $1-million, according to the Ontario Cannabis Store, the provincial Crown corporation that sells cannabis to retailers. For the quarter from July 1, 2021, to Sept. 30, 2021 – which shows the latest numbers available – that had plunged to $363,000. 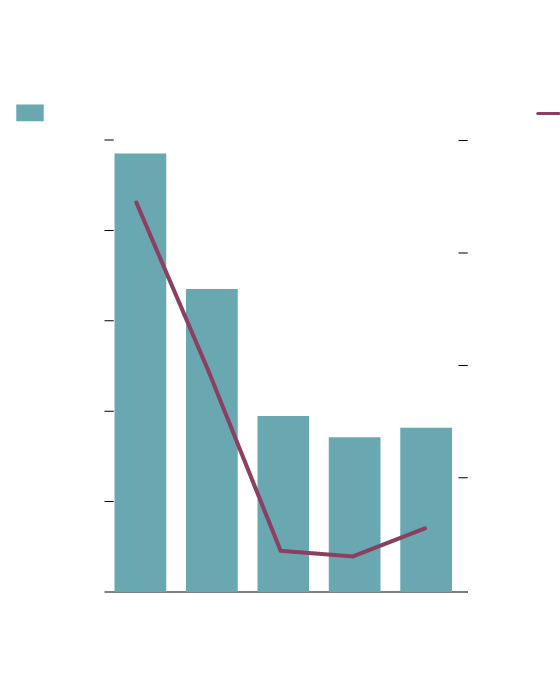 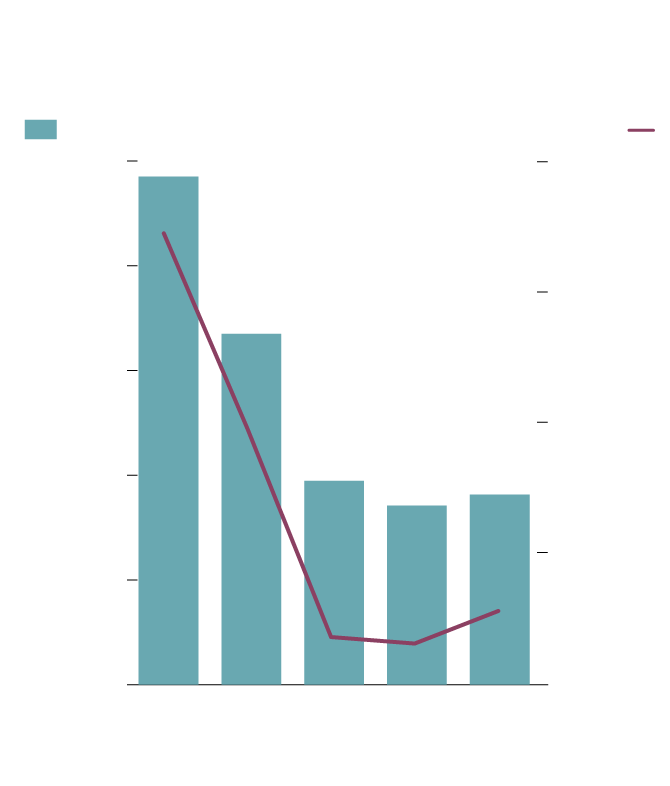 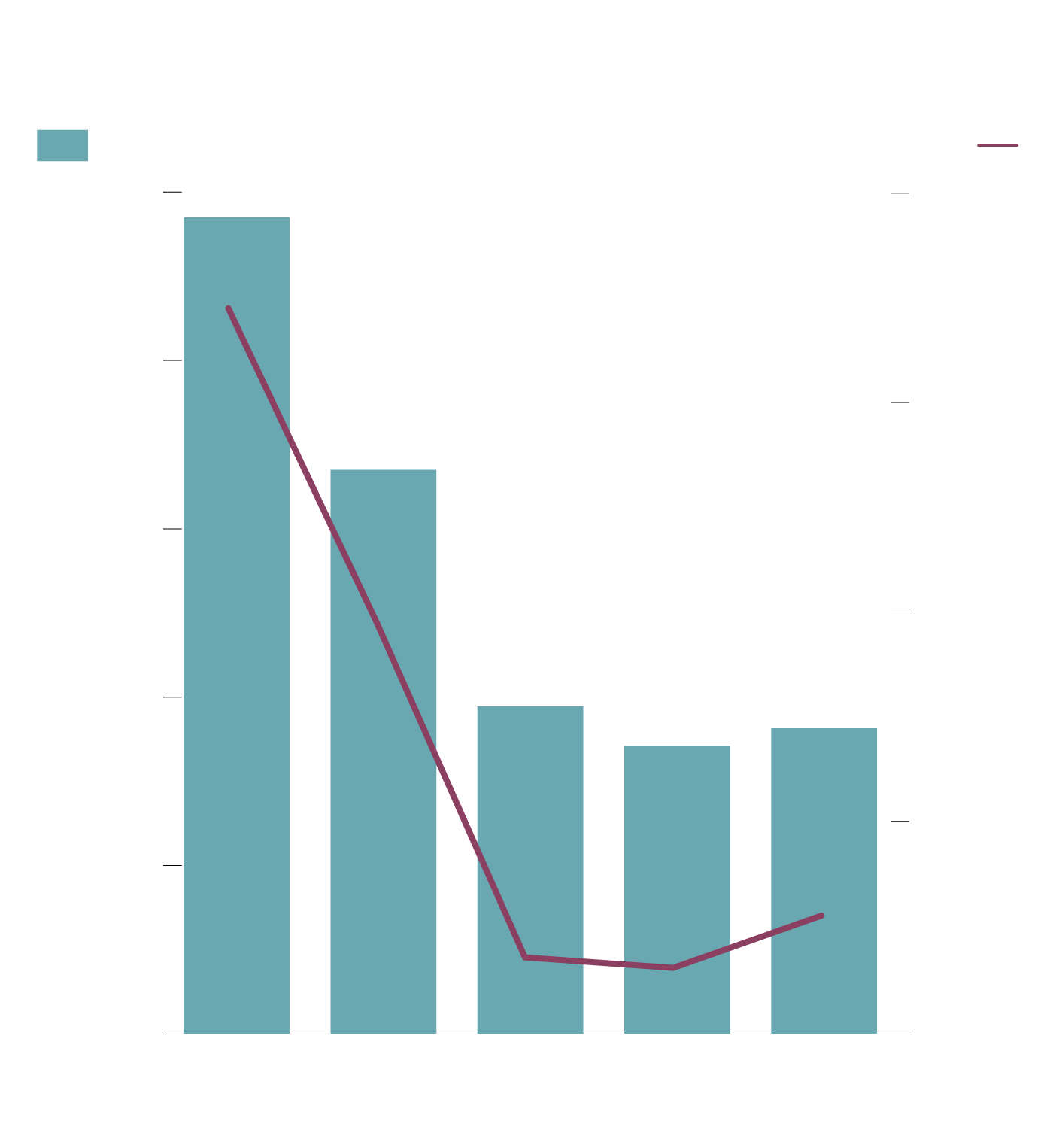 As staying afloat has become more difficult, the number of applications to transfer a store licence to a new owner – required under Ontario law – grew gradually over the last year. The AGCO received 14 requests for transfers in January, up from just one the year before. This was punctuated by months of unusually high volume – last April and May saw 29 and 17 requests, respectively – possible attributable to COVID-19 lockdowns.

This presents an opportunity for expansion to those who can afford it. According to Mr. Gomes, some Canadian retailers have already established themselves as consolidators. Retailers such as Fire & Flower Holdings Corp. and High Tide Inc., for instance, are well positioned to gain market share and outpace the industry’s growth, Mr. Gomes said.

Raj Grover, chief executive officer of High Tide, said he is approached weekly by independent business owners interested in selling their retail stores. Many are desperate to recoup costs, he said, after having taken second mortgages on their homes to open the stores. “A lot of these smaller groups are realizing that this is a hypercompetitive cannabis retail market, and this may be their only opportunity to cash out.”

The NASDAQ-listed cannabis retailer, headquartered in Calgary, currently controls 111 locations across Canada. Mr. Grover expects to increase that number to 150 by the end of 2022. While large corporate retailers currently only own about 20 per cent of all bricks-and-mortar stores across the country, he said, he expects they will take an additional 40-per-cent market share from mom-and-pop shops in the next two years.

Some new entrants are unfazed by the market’s saturation. Avi Grondin, co-founder of the Modern Day Cannabis franchise, said he knew the market was ripe for consolidation when he opened three stores in the past three months in Toronto. If the stores are successful, his long-term plan is to continue to expand the chain over the next decade or more through acquisitions.

But the consolidation could actually work in his favour in another way: If the right buyer comes along, he said, he would consider selling the franchise. In fact, he is already receiving offers on some of his locations.

“As entrepreneurs, we shouldn’t just blindly hold a business. If a good price comes in and someone tries to buy us at a good price, we’ll sell it.”

However, government regulations stand in the way of untethered growth. In B.C., where independent retailers compete with the provincial Crown corporation’s bricks-and-mortar locations, single retailers are only allowed to own up to eight stores.

In Ontario, where the province only sells to customers through its online e-commerce platform, the limit on independent retailers is up to 75 physical stores under AGCO rules. Some vendors, such as Tokyo Smoke, the retail branch of Canopy Growth, are already pushing the limit with 65 locations in the province. In Alberta, there is no limit on stores.

Yet some say what’s coming is not necessarily a wave of takeovers; instead, the industry could simply see a wave of hundreds of closings as operators go bankrupt. The same issues – high rents and disadvantaged pricing – would remain a burden for larger companies, according to Trevor Fencott, CEO of Fire & Flower, a cannabis retailer with 103 stores across Canada.

Part of the price disadvantage comes from competition with provincial Crown corporations, he said. In all but one province, retailers must buy their inventory through the Crown corporations at a markup instead of directly from the licensed producers, who grow the cannabis. This means all stores are stocking their products from the same catalogue, and are at an automatic pricing disadvantage.

In Saskatchewan, the only exception to this rule, retailers are free to make exclusive deals directly with licensed grow-ops, Mr. Fencott said, meaning they can curate a unique selection for customers and negotiate sustainable pricing.

“The provinces have all been looking at Saskatchewan’s model for the past few years,” Mr. Fencott said. “As the business reality sets in, government is going to need to look at it more carefully.”