A Victoria-area company that is poised to transform the medical imaging business is being bought out by Canon Inc., in a deal that values it at US$335 million.

The process generates diagnostic results in colour that are highly accurate, produce 10 times more information than existing CT scanners and require 40 per cent to 80 per cent less radiation dosing.

The B.C. company is working with six of the world’s seven top makers of CT scanners, including Canon, Philips and Fuji, to introduce its semiconductor and sensor system into their machines. CEO Glenn Bindley, who joined the company in 2002 after co-founding semiconductor maker PMC-Sierra, said in an interview that Redlen had built 10 prototypes, and that two of its customers would be in trials by next year.

He said he expects the technology to have regulatory approval and be fully commercialized by 2025. And he predicted it will generate $1-billion in annual revenue by 2030, up from $27-million now.

“Innumerable people will have a much better medical outcome with this new CT technology,” Mr. Bindley said. He added that Redlen, with 34 granted and pending patents, considered going public before choosing to sell to Canon. “They have world-class expertise in areas of automation and precision manufacturing that we don’t have, and can help us accelerate there.”

The deal is a key move for the Japanese imaging giant, a dominant name in cameras and photocopiers. Canon, which already owned a 15-per-cent stake in Redlen, is on a mission to increase the proportion of its revenues that come from medical equipment. It already has about a 20-per-cent share of the US$11-billion global CT scanner market.

“In collaboration with Redlen, we expect to not only accelerate the development and mass production of next-generation CTs, but also expand our component business by deploying leading-edge sensors to a wide range of fields,” said Toshio Takiguchi, head of Canon’s medical group.

Redlen was founded in 1999, in a garage, by former Teck Cominco metallurgists Bob Redden and Brian Lent. The company’s technology is based on CZT crystal growth work they had done for the Canadian Space Agency. The U.S. Central Intelligence Agency’s venture capital arm, In-Q-Tel, was an early strategic investor and customer, because Redlen’s technology was being used in dirty bomb detectors at border crossings. (It was also used at security checkpoints during the 2010 Winter Olympics in Vancouver.) But the goal was always to develop next-generation medical imaging machines, Mr. Bindley said.

Redlen took advantage of an early opportunity to supply material to the thin-film solar panel industry and built a promising business in the area. However, its fortunes turned sharply when that market crashed after the 2008-09 recession. “We were on the verge of collapse,” Mr. Bindley said.

But those who have held on will profit in the Canon deal. Pangaea will be the big winner, booking a 10-times return on its investment in Redlen. “It’s an outstanding return for us and a great turnaround story,” Pangaea general partner Chris Erickson said in an interview.

Even early investors who sustained paper losses in the 2014 restructuring will make solid returns, including many B.C.-based angel investors and funds. “Our limited partners are happy, but it took a long time,” said Hans Knapp, a partner with Vancouver venture capital firm Yaletown Partners, which backed Redlen’s seed round in 2003. He said Yaletown and its investors will make $30-million from their stake, more than three times the amount invested.

“It’s a good outcome,” Mr. Knapp said. “Clearly it’s not a big return. Like many things in venture, it took longer and cost more. But what Redlen has managed to accomplish, hardly anybody else on the planet has been able to do.” 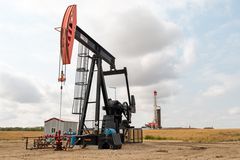 European firm combines with Canada’s VetStrategy to build one of the world’s largest chains of vet clinics
Subscriber content
September 9, 2021 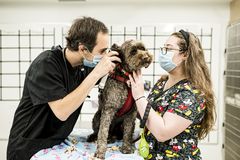 As cash piles up, Canada’s big banks on the hunt for smaller deals
Subscriber content
September 9, 2021 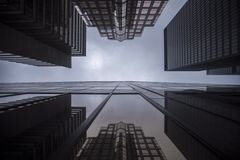