Canopy Growth Corp. is cheering Joe Biden’s victory in the U.S. presidential race and a series of ballot measures Americans voted in favour of last week that support the legalization of cannabis.

David Klein, the Smiths Falls, Ont.-based company’s chief executive, said Monday that Biden’s win and legalization initiatives passed in Arizona, Mississippi, Montana, New Jersey and South Dakota will be good for both his business and the cannabis culture at large.

“We believe the Biden win is an important step on the path to federal permissibility of cannabis in the U.S. market through decriminalization and descheduling,” Klein said on an earnings call with analysts.

“The results of the ballot initiatives clearly showcase that support for adult-use marijuana legalization extends across geographic and party lines and is supported by a majority of Americans.”

Biden and his running mate Kamala Harris support the Safe Banking Act, which would allow financial institutions to work with cannabis companies without retribution, and committed to decriminalizing pot and expunging criminal records related to its possession.

According to Klein, such developments will likely increase pressure on the U.S. Congress to pass major federal marijuana reforms and will de-stigmatize and normalize the use of cannabis across the country.

However, net revenue for the period ended Sept. 30 totalled a record $135.3 million, up from $76.6 million in the same quarter a year earlier.

The results pushed Canopy’s stock up by almost 10 per cent or $3.04 to reach $33.63 in morning trading, continuing a rise the company and others cannabis businesses have seen since early election results tipped in Biden’s favour last week.

S&B vaporizer revenue doubled compared with a year ago, while This Works sales gained 34 per cent.

Both brands will be key to Klein’s plans for Canopy, which include a strong focus on the U.S. market as election impacts play out.

“Building these brands today allows us to generate revenues without the headwinds of regulatory challenges and then we plan to extend these brands into CBD or even THC as regulations evolve,” he said.

Cannabidiol (CBD) is a non-intoxicating compound, which is found in cannabis and hemp and is used to manage anxiety, stress and pain.

Several U.S. states have limited how much of it can be used in products sold there, but many cannabis companies believe the election and shifting attitudes will relax such laws.

In anticipation of such moves, Canopy is bringing THC-dominant brands like Tweed and Houseplant into the U.S. market.

The company is also continuing to overhaul its goals.

Second-quarter results are the first it released since Klein revealed that he was rethinking the company’s first-to-every-market strategy in May.

Klein decided then that Canopy would focus on select areas like Canada, the U.S. and Germany, where it believes it can be a leader, rather trying to be the best everywhere.

Klein spent the first half of the year closing a handful of facilities, taking up to $800 million in writedowns and cutting 800 staff.

He seemed optimistic about the results he has seen from the overhaul so far.

“I’m pleased with the continued progress we’re making as our renewed strategy of winning consumer mind share, along with increased agility and execution, drove record revenue in the second quarter.” 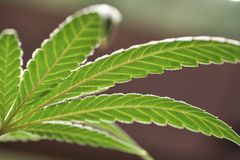 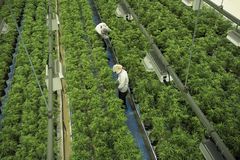 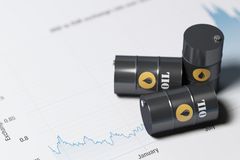