Constellation Brands Inc. is installing one of its executives as CEO of Canopy Growth Corp., a signal the alcohol company is tightening its grip over Canada’s largest cannabis producer, which has struggled with poor earnings.

David Klein, executive vice-president and chief financial officer of Constellation, will join Canopy as chief executive officer effective Jan. 14, 2020. Mr. Klein has served on the Canopy board of directors for more than a year and was made chair in October, which will allow him to “integrate quickly,” the company said in a statement. Current CEO and founding employee Mark Zekulin will step down and resign his board seat as of Dec. 20.

Analysts said Mr. Klein’s appointment signals Canopy will put a greater focus on profitability, governance and execution as the industry grapples with falling share prices, weak earnings and a dearth of retail locations in Ontario. Canopy shares closed up 13.9 per cent in Toronto on the news.

New York-based Constellation, the maker of Corona beer, has made its influence felt at Canopy since announcing a $5-billion investment in the company in August, 2018. In May, Canopy replaced its CFO with Mike Lee, who was then CFO of wine and spirits at Constellation. The Canopy board ousted co-CEO Bruce Linton in July after a fourth-quarter loss that was four times bigger than analysts’ expectations. Constellation’s CEO said on a conference call at the time the company was “not pleased.”

Mr. Klein was appointed chair shortly after Constellation, Canopy’s biggest shareholder, recognized a US$839-million drop in the fair value of its investment when reporting quarterly results in October.

Mr. Klein has been with Constellation for 14 years and has experience with acquisitions, controlling costs and focusing on profit margins. Analysts at Cowen Inc. noted that Constellation’s beer segment is delivering best-in-class gross margins under Mr. Klein, and that his skills should benefit Canopy.

“Given the need for better demand planning and significant cost controls, we are very encouraged by the capabilities that we believe Klein brings,” the analysts wrote.

Even with the executive changes over the past year, RBC Capital Markets analyst Douglas Miehm said in a note on Monday that Mr. Klein might further “clear the decks” at Canopy. The company’s sales fell 15 per cent in the most recent quarter compared to the previous period, and it withdrew its revenue target of $250-million for the fourth quarter of fiscal 2020.

The company partly blamed the fact that only 24 legal retail stores were open in Ontario, which has 40 per cent of the country’s population. Provincial wholesalers across the country were also placing fewer orders as inventory piled up.

Canopy also made a $32.7-million revenue adjustment due to cannabis oil and gel cap products that were returned or sold at a discount.

Tamy Chen, an analyst with BMO Capital Markets, noted the company made several acquisitions “during a period of excessive valuations in the sector.” Ms. Chen also said investors remain concerned about Canopy’s $460-million worth of inventory, given the finite shelf life of cannabis flower and the limited number of retail outlets. She wrote that she would consider action to address “these two particular line items to be a positive for Canopy.”

The industry is preparing for the next generation of retail cannabis products, such as edibles, drinks and topicals. Federal regulations governing the sale of these products took effect in October, but products are not expected in stores until later this month. Canopy has built a 125,000 square-foot facility to produce cannabis-infused beverages at its headquarters in Smiths Falls, Ont., that can pump out five million drinks a month.

While analysts said Mr. Klein’s beverage background is expected to come in handy at Canopy, Jefferies Financial Group analyst Owen Bennett said in a note he has “reservations around the implications of further [Constellation] involvement.” Canopy is committed to cannabis-infused beverages, an unproven category in multiple U.S. states where they are already available, Mr. Bennett said. “If this is also seen in Canada,” he wrote, “there may be a relative unwillingness to shift focus and resources" to other products that may be more popular with consumers. 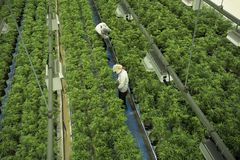 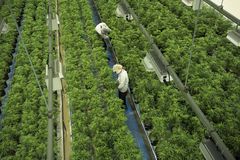 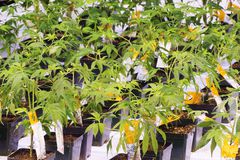