Cargojet Inc. chief executive Ajay Virmani has landed a $68-million payday by selling shares as the company’s stock soars in the wake of a transformational deal with Amazon.com Inc.

Mr. Virmani, who has led Cargojet since its inception in 2002, sold 674,000 shares for $101 apiece – a block amounting to 4.95 per cent of the company’s total outstanding stock. After the sale he will still own 947,000 Cargojet shares, should he exercise and convert all securities he currently holds, which include convertible debentures as well as options.

Cargojet’s stock has soared since the start of 2016, with the company’s share price quadrupling in a little less than four years. As the company’s largest shareholder, Mr. Virmani has benefited from the rise, particularly because he had not made any large sales of his holdings.

Cargojet’s stock has been particularly hot in the past month, jumping to a record high of $103.74 on Aug. 26, after the company announced a closer partnership with Amazon. The two companies had already done business with each other, but under the terms of the new deal Amazon received warrants to purchase a stake in Cargojet should it meet certain targets for the business it delivers to the Canadian cargo company.

However, the two companies operate in opposite ends of the airline industry – Air Canada specializes in personal and business travel while Cargojet dominates overnight cargo delivery and controls about 95 per cent of the domestic market.

In its first iteration, Cargojet was known as Canada 3000 Cargo, which was a joint venture with Canada 3000 Airlines. In 2002, Mr. Virmani bought the company and rebranded it as Cargojet Canada. The company went public in 2005 and Mr. Virmani has been CEO for its tenure on the Toronto Stock Exchange.

In recent years Cargojet’s shares have soared amid the rise of e-commerce sales, with an increasing number of retailers promising fast deliveries.

Cargojet has also deftly managed its operations by reworking its fleet and flight network, a process that is likely to allow the company to fly more routes without adding additional planes. Cargojet has also reduced its headcount to control expenses.

Over the past two years, Cargojet has also renewed or extended two major contracts. In October, 2017, the company extended its deal with the Canada Post Group of Companies, which includes Purolator, pushing the contract’s expiry out to March, 2025.

The more recent deal with Amazon, announced in late August, provides the online retail giant with two tranches of warrants. The first tranche allows Amazon to buy up to 9.9 per cent of Cargojet’s variable voting shares for $91.78 apiece, and the warrants vest over the next 6½ years. The vesting is tied to delivering up to $400-million in business to Cargojet.

Amazon also has the right to buy up to an additional 5 per cent of Cargojet’s stock after the first tranche of warrants is fully vested, should it deliver an additional $200-million in business.

“The announcement that Amazon will be taking an equity stake in Cargojet addresses the one key risk related to Cargojet – namely whether Amazon would partner with another Canadian carrier to offer overnight delivery service," RBC Dominion Securities Walter Spracklin wrote in a recent note when the deal was announced.

Cargojet declined to comment for this story. The company’s share price closed Wednesday at $101.17, down $2.11 or 2 per cent, on the Toronto Stock Exchange. 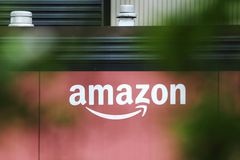