Carlos Ghosn, the former boss of both Renault and Nissan and the creator of the only global automotive alliance, is officially a fugitive from justice. Some commentators called him a “coward” for sneaking out of Japan before his trial date; others said he would have been crazy to stay because the notoriously harsh Japanese justice system appears to assume guilt – the conviction rate for the indicted is 99 per cent.

Mr. Ghosn popped up this week in Lebanon after a bizarre caper that may have involved stuffing himself into a case used for audio gear to make his escape. It’s safe to say he will never face trial in Japan, although Interpol presented the Lebanese government with a “red notice” for his arrest. The Lebanese Justice Minister is unlikely to give him up. The fallen auto magnate is considered a hero in that country and many Lebanese think his arrest was a set-up.

Still, Mr. Ghosn, 65, faces serious charges and unless he goes to trial, we will never know if his greed and infamous spending habits – including renting Versailles for his Marie Antoinette-themed second wedding – were legitimate or financed with misappropriated money, as the Japanese prosecutors allege. He was to face trial on a variety of charges in April, a year and a half after he was arrested when he stepped off his business jet in Tokyo. “I have not fled justice – I have escaped injustice and political persecution,” he said after his secret flight to Beirut.

If he is truly innocent of all the charges against him, as he insists, he would be a coward not to face trial somewhere. He has Lebanese, Brazilian and French citizenship. Given Lebanon’s love affair with him, a fair trial there would seem unlikely. Brazil apparently had nothing to do with his alleged crimes – the companies he led were French and Japanese. So let him face trial in France.

Even his wife, Carole, has suggested he do so. But France’s Finance Minister, Bruno Le Maire, does not seem keen on the idea; he has rejected any “interference” in Japan’s justice system, even though a group of French parliamentarians have called for Mr. Ghosn’s repatriation so he can appear in a French court.

There is no doubt Mr. Ghosn is a superb businessman and strategic thinker. He and Sergio Marchionne, the late boss of Fiat Chrysler Automobiles (FCA), were the industry visionaries who shook up the entire car market.

Mr. Ghosn, who was born in Brazil and spent his childhood in Lebanon, joined Nissan in 1999, saved it from bankruptcy and returned it to profit. He later used cross-holdings to build an alliance among Renault, Nissan and Mitsubishi. That alliance would grow ever closer, allowing the trio of companies to operate effectively as a single entity, with all the attendant synergies, such as sharing car platforms.

His absence has not done any favours for the Renault-Nissan-Mitsubishi alliance. Nissan shares have lost 27 per cent in the past year. Renault is down 21 per cent and the company missed an opportunity to join forces with FCA; the Italian-American prize just went to cross-town rival PSA, owner of Peugeot. Nissan thinks its partnership with Renault is lopsided in favour of the French company and wants to overhaul the deal. Tensions between the two automakers are running high and there is a chance the whole alliance could fall apart. It might have been held together by the sheer force of Mr. Ghosn’s personality and his notoriously demanding management style.

In Japan he was charged with financial misconduct, including understating his pay, breach of trust – for having Nissan bear his own investment losses – and diverting payments in Oman and Saudi Arabia for personal gain. In September, he and another senior Nissan executive, Greg Kelly, who was also charged with financial misconduct, settled charges with the U.S. Securities and Exchange Commission over filing fraudulent records related to Mr. Ghosn’s pay and retirement package. He and Mr. Kelly, who faces trial in Japan, neither admitted nor denied wrongdoing. Mr. Kelly, an American, maintains his innocence.

Mr. Ghosn says his arrest was politically motivated. At the time, he was thought to have been working on the full merger of Nissan and Renault, one the Japanese automaker would have resisted.

He is finished as an auto executive. He has been fired, or resigned, from all his auto positions. But he can still rebuild his reputation if he is found innocent of the charges filed against him by the Japanese prosecutors. If he refuses to face trial in France or elsewhere, he really does risk being condemned as a coward who might be guilty of everything the Japanese allege. 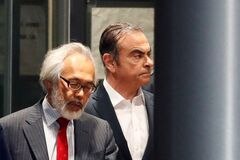 Explainer
The Carlos Ghosn saga: What we know so far about his escape to Lebanon, and the charges in Japan
January 8, 2020 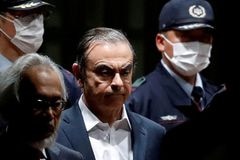 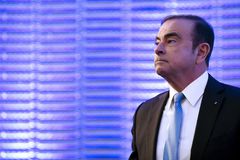