Catalyst Capital Group Inc. has pushed back by one year the deadline for returning money to backers of one of its largest funds, and warned investors it might need another extension to buy time to cash in its holdings.

Toronto-based Catalyst, headed by financier Newton Glassman, sent a letter to investors before the end of the year, giving notice that it was extending the lifespan of a US$1-billion fund that started investing in 2009 by a year, to Dec. 31, 2020. Most private-equity funds have seven- to 10-year life cycles, and typically have returned most of their investors’ capital before a decade is over.

In its letter, Catalyst said it is likely to ask for even more time to liquidate holdings and return money, which would require it to sell, in whole or in part, such businesses as Advantage Rent A Car and Gateway Casinos & Entertainment Inc. The latter is currently attempting to go public through a reverse takeover with a U.S. partner.

The plea for more time comes about six months after Ira Gluskin, a Catalyst backer and co-founder of asset manager Gluskin Sheff + Associates Inc., told an investment conference that he was “an unhappy investor who’s waiting to get my money back” from Mr. Glassman’s funds.

Catalyst also told its backers they must make the final contribution of the capital they had previously pledged to the fund, and indicated that about one-third of this new money will be earmarked for paying the fund’s expenses. The letter showed Catalyst has collected more than US$190-million in fees from its backers of the fund, distributed almost $400-million back to investors and has invested US$960-million in businesses that it now values at approximately US$780-million.

Catalyst was founded in 2002 and oversees approximately $4-billion in four active funds, money that came from institutional investors and wealthy individuals. Catalyst’s backers include the pension plans at the University of Toronto, where Mr. Gluskin chaired the board of its asset-management corporation, and McGill University, where Mr. Gluskin’s former partner, Gerald Sheff, sits on the board of governors’ investment committee.

Over the past five years, Catalyst has sometimes announced plans to sell holdings, then failed to complete the deals. In a 2016 presentation to backers, Catalyst said it planned to sell Advantage, which has about 40 outlets in North American airports and hotels, to a European car rental firm such as Sixt SE. In its November letter, Catalyst again highlighted Sixt as a potential buyer. Munich-based Sixt did not respond to a request for comment.

In March, 2018, Mr. Glassman told investors his firm was close to selling its stake in Therapure Biopharma Inc., formerly known as Hemasol, by selling a division of the pharmaceutical business to a Chinese company, then listing the firm on the Nasdaq exchange. The transactions have not taken place.

But Catalyst does appear to be closer to the finish line on liquidating its investment in Burnaby, B.C.-based Gateway – the most successful investment still held by his 2009 fund – with a deal to merging the business with a U.S. special-acquisition corporation, Leisure Acquisition Corp., that is listed on the Nasdaq. The transaction was announced in late December and is slated to close in the second quarter of this year, if shareholders and regulators give their approval. If the transaction takes place, Catalyst will remain the largest shareholder in Gateway.

Gateway operates 27 casinos in British Columbia, Alberta and Ontario and has a large debt load. Catalyst told its investors earlier this year that Gateway hired SunTrust Bank to advise on the potential sale of its two casinos in Edmonton, as part of a move to focus on its properties in B.C. and Ontario. Catalyst first invested in Gateway in 2009 and has been attempting to monetize at least a portion its equity stake in the casino operators for nearly eight years.

One of Catalyst’s largest investments is in distressed lender Callidus Capital Corp., which Catalyst took public in 2014 at $14 a share. The company performed poorly and Callidus minority shareholders recently agreed to sell their stake for 75 cents a share. The Catalyst fund also invested more than US$200-million in Natural Markets Restaurant Corp., which it now values at approximately US$27-million.

Catalyst is also a significant investor in Hudson’s Bay Corp. and agreed last week to sell its 32-million-share stake in the department store chain for $11 a share, after acquiring much of the position for $10.11 a share. 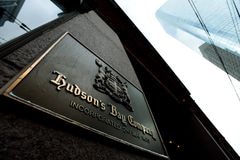 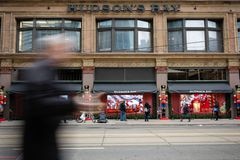 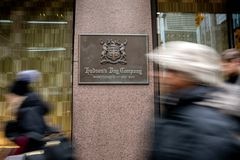