CBC president and chief executive Catherine Tait says she believes that in five- to 10-years time, Canada’s public broadcaster will have pulled back from traditional television and radio in some markets across the country, delivering programming primarily through digital channels.

The digital transition is one that all media companies are grappling with. It has torn down borders – requiring smaller, regional players and technology giants alike to compete in a global marketplace. And it has introduced serious questions about the ability to regulate the broadcasting industry, as foreign-owned competitors such as Netflix Inc. compete for Canadian consumers. Against this backdrop, the federal government is in the midst of a review of the Broadcasting Act and the Telecommunications Act, two laws that govern the industries – including, in the case of the former, setting out the mandate of the Canadian Broadcasting Corporation.

On Friday, CBC/Radio-Canada submitted its proposals to the government as part of that review. Its suggestions include shoring up its funding; enshrining its obligations to reflect the “circumstances and aspirations” of Indigenous peoples and to provide programming for children and youth, as well as ensuring the flexibility to “determine the best platform” to provide programming as technological change accelerates in the future.

“When do we turn off linear and go 100-per-cent digital? Some people say it’s five years. I think, because of the nature of the geography of Canada – and until we solve the issue of broadband penetration in remote communities – we will probably be operating linear services for much longer. However, will they be in all markets? That’s really the question,” said Ms. Tait, who was appointed CEO of the public broadcaster this past April. “Five to 10 years, I think is the runway. It might happen faster.”

One suggestion in the CBC submission is that its mandate should include "deploying new technologies and innovations,” promoting Canadian content globally and making that content available through digital channels. It states that the CBC should be preparing for a time when it is a digital-only company.

The CBC’s funding is also a focus of the submission. After cuts to its budget under Stephen Harper’s Conservatives, the Liberal government’s 2016 budget pledged $675-million in new funding over five years. But some private media companies have criticized the CBC for competing for badly needed digital-advertising dollars while accepting significant government funding. Some have suggested that such a subsidized media outlet should stop selling advertising altogether. The submission specifically states that the CBC is not a “competitor” to private media companies, and that tech giants such as Facebook Inc. and Alphabet Inc.'s Google are a much bigger problem when it comes to the siphoning-off of digital-ad revenues.

Ms. Tait said that commercial revenue is an important part of the CBC’s budget, but mentioned that the broadcaster wants “flexibility” to determine how much advertising to sell – citing its recently relaunched streaming service, available as a free version with ads as well as an ad-free version for a subscription fee.

“Would I like to see ads out of parts of our television schedule? Yes I would," she said. “ … But we don’t want this to be prescribed.”

One reason the CBC needs both commercial revenue and government funding in order to be sustainable, the submission argues, is because Canada currently ranks 16th out of 18 countries in the Organization for Economic Co-operation and Development in funding for public broadcasting. (That ranking does not count those broadcasters’ own commercial revenues, such as funds from advertising.) Meanwhile, all broadcasters – including the CBC – are facing global competition in digital broadcasting, which has inflated the cost of making shows as viewers' expectations rise. “We’re having feature-film budgets now introduced on the television side,” she said. While the Act does not rule on the amount of the CBC’s parliamentary allocation, the broadcaster is asking for language requiring “commensurate” funding to fulfill its mandate.

The CBC is also suggesting that the Broadcasting Act should differentiate more specifically between its roles as a broadcaster and as a Crown corporation, guaranteeing editorial freedom, independence from government and a number of rules around the appointment of board members. It also wants more freedom to make investments that relate to its mandate – a past example being its 2005 investment in Sirius Canada satellite radio – without government approval.

The submission made a number of more general recommendations relating to the industry at large, which align with requests from other players, including the Canadian Radio-television and Telecommunications Commission. Those include requiring internet providers in Canada, as well as foreign-owned streaming companies making money here, to contribute to funding Canadian content; giving the CRTC power to issue fines; allowing the CRTC to fight disinformation by ordering internet providers to take action – such as blocking websites – against “manipulated" (or fake) content; and requiring digital services to share data about viewers' consumption habits with the CRTC and with holders of programming rights. Such proposals are designed to help private media companies succeed as well, Ms. Tait said.

“It is not in the CBC’s interest – and I cannot state this strongly enough – for us to be the only strong Canadian player. We do not want to be the custodian of Canadian content. We want to be one of the custodians of Canadian culture,” she said. "We’re now operating in a global marketplace for information and for entertainment. We need to evolve our approach to regulating.” 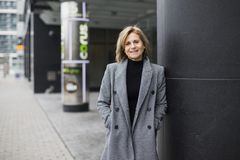 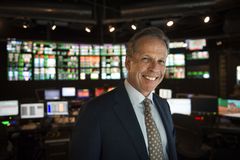 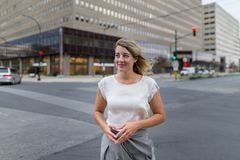