One of Canada’s largest oil and gas companies has signed up to buy renewable power from a new solar project planned for Southern Alberta that will be developed in part by Cold Lake First Nations.

It’s the latest example of a growing trend in Corporate Canada, in which companies agree to purchase electricity directly from a green energy generator to help meet the pollution-reduction targets they have promised their investors and customers. Called corporate power purchase agreements, or PPAs, power generated on the site feeds back into the grid, offsetting the amount of electricity consumed by that company.

In this case, Cenovus Energy Inc . plans to buy solar-power-produced electricity and the associated emissions offsets from the new project, which is a collaboration between the First Nation and Elemental Energy Inc., a privately held Vancouver company that develops, invests in and operates a handful of wind, solar and hydro projects throughout North America.

The planned facility will add 150 megawatts of renewable energy to the province’s electricity grid once complete.

It is expected to begin producing power in 2023, though Elemental principal Jamie Houssian told The Globe and Mail that the project still needs development permits.

The ownership details with Cold Lake First Nations are also still being ironed out, but he said he expects construction of the facility will create jobs for members of the community.

Chief Roger Marten said in a statement that the PPA deal would bring long-term economic benefits to the First Nation.

“The project exemplifies the relationships we’ve built with our partners and creates an innovative path for economic reconciliation,” he said.

Under the 15-year deal, Cenovus has agreed to buy the full output of the new solar farm to help the company offset the emissions its creates via electricity used in its operations (called Scope 2 emissions). It is expected to offset those emissions by about 170,000 tonnes, or around 40 per cent of its Scope 2 emissions in Alberta.

Cenovus said the deal will also help it further reconciliation with Indigenous communities.

The company expects to release its comprehensive 2020 environmental, social and governance report in the fourth quarter of 2021, which will include new ESG targets around water stewardship, biodiversity, inclusion and diversity, as well as ESG metrics that reflect its acquisition of Husky Energy on Jan. 1.

Cenovus stocks hardly budged at the announcement Thursday, though company president and chief executive officer Alex Pourbaix said in a statement that the renewable PPA reinforced the company’s goal to achieve net-zero emissions by 2050.

“This is also an excellent opportunity to further build on our long-standing relationship with Cold Lake First Nations in its partnership with Elemental,” he said.

Cold Lake First Nations is part of the Denesųłiné Nation, which has about 3,000 members. Its reserve lands around Cold Lake and Primrose Lake in the oil sands region in Alberta’s North have been a long-time supplier of services to various Cenovus projects.

Mr. Houssian said the agreement was an important milestone for Elemental, which builds on the company’s track record of Indigenous partnerships and working with corporations to build large-scale projects to strengthen Canada’s renewables sector.

“We are excited to demonstrate the power of collaboration with Cenovus, Cold Lake First Nations and Elemental coming together to create a project that unites both purpose and profit,” he said. 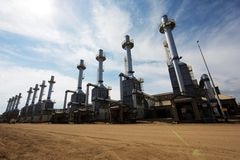