The crisis over Brexit is growing across the United Kingdom as companies begin moving operations, cutting back on investments and issuing dire warnings about cutbacks if the country crashes out of the European Union.

Business leaders have been fretting for months about the possibility the U.K. will leave the EU on March 29 without any arrangements for trade, border controls, banking and a host of other services. That kind of no-deal Brexit looked unlikely until a couple of weeks ago when Prime Minister Theresa May’s agreement with the EU fell apart after it was soundly rejected by the House of Commons. Ms. May has been scrambling to rework the deal ever since but it’s far from certain she’ll succeed and in the meantime members of Parliament from all parties have begun plotting to wrest control of the Brexit process from her. On Tuesday, MPs will vote on a series of measures that could see Brexit delayed, cancelled or put to another referendum.

The mayhem has led many companies to start taking action. Last week Sony said it was moving its European headquarters from London to Amsterdam while freight giant P&O announced plans to shift the registration of its six English Channel ferries from the U.K. to Cyprus in order to keep its financial operations inside the EU. Several car makers, including Honda Motor Co. Ltd. and Jaguar Land Rover Ltd., have also said they will shut their U.K. plants for up to three weeks in April to assess the impact of Brexit and Ford Motor Co. said a disorderly Brexit could cost the company US$800-million.

The starkest warning came from Airbus chief executive officer Tom Enders. In a message posted on the company’s website last week he raised doubts about the future of Airbus in the U.K. and its 14,000 local employees. “If there is a no-deal Brexit we at Airbus will have to make potentially very harmful decisions for the U.K.," Mr. Enders said. “Please don’t listen to the Brexiteers’ madness which asserts that because we have huge plants here, we will not move and we will always be here. They are wrong.”

His statement raised alarm bells in Belfast where Bombardier Inc. makes wings for the Airbus A220 (formerly known as the C-Series) aircraft, which is co-owned with Airbus. The Montreal-based company said that it too wanted an orderly Brexit and added in a statement: "This continued uncertainty and the real prospect of leaving the EU with no deal does not help with business planning.”

There are indications the Brexit uncertainty is affecting the broader economy. While the job market has held up, business investment has slowed. A recent survey of 326 manufacturers by the Confederation of British Industry found that, on average, investment intentions had dropped sharply and most companies planned to spend less this year on buildings, machinery and training. “The message from business cannot be simpler: a March no-deal must be ruled out immediately,” said CBI director-general Carolyn Fairbairn. “This is the only way to halt irreversible damage and restore business confidence.”

Not all companies are considering moving operations. Montreal-based SNC-Lavalin Group Inc. is opening a new office in London next month that will serve as its European head office. And there are plenty of MPs who believe leaving without a deal won’t be catastrophic. They argue Ms. May’s deal kept the country too closely tied to the EU and they say the U.K. should cut all ties to the bloc and then negotiate a comprehensive trade deal. In the meantime, the U.K. would trade with the EU under World Trade Organization rules, just like many other countries do.

They also argue that the EU will only take Ms. May seriously if she makes it clear the government is prepared to walk away from the talks. “It remains the case that the best way to get a deal is to prepare actively for no deal in the supreme confidence that this country is more than capable of managing,” former foreign secretary Boris Johnson told the Daily Telegraph last week. “The betrayal is to stay in the [EU’s] customs union and single market by stealth.”

But several of Ms. May’s cabinet ministers have joined groups of MPs from all sides of the House who want Ms. May to rule out a no-deal scenario. Many MPs argue it’s imperative that Brexit is delayed so that talks can continue with the EU or the public can have a chance to vote on Ms. May’s deal. Philip Hammond, the Chancellor of the Exchequer, said on Friday that “leaving without a deal would undermine our future prosperity, and would equally represent a betrayal of the promises that were made” during the 2016 referendum. Junior business minister Richard Harrington said he was delighted with the comments from Airbus’s Mr. Enders “because it is telling it like it is. This is a disaster for business and business needs to know where it is -- and that doesn’t mean, ‘Oh great, two weeks before we are leaving, now we can rule out crashing out.’"

Ms. May has ruled out a referendum and both sides are cool to the idea of an extension to the March 29 deadline (which both would have to agree to) unless Parliament can demonstrate what it wants. 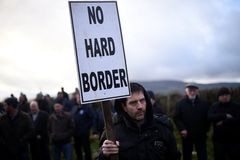 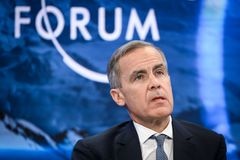 Airbus CEO warns it could move in event of no-deal Brexit
January 24, 2019 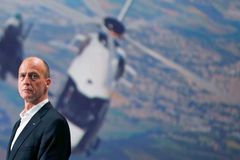