As foreign tech heavyweights increasingly expand into Canada, this country’s emerging tech giants are pushing ahead with rapid hiring plans of their own.

On Monday, Ceridian HCM Holding Inc. – which is based in Minneapolis but managed from Toronto by chief executive David Ossip – said it plans to add more than 2,000 employees in Canada in the next five years, including 500 intern jobs.

The human resources software company’s Canadian head count has increased dramatically since Ceridian bought Mr. Ossip’s Toronto-based cloud software payroll processing startup Dayforce Corp. in 2012 and made him CEO. Most of Ceridian’s senior leadership works in Toronto, and it employs about 2,000 people in several Canadian cities, accounting for more than half its North American work force.

“Ceridian has been an amazing growth story built out of Canada,” Mr. Ossip said in an interview. “This announcement is really to make sure people are aware we’re expanding rapidly” across the country.

Ceridian’s announcement follows a number of Canadian hiring announcements in recent weeks from both foreign and domestic tech companies. Giant U.S. credit-card company Mastercard Inc. said it would hire 270 people over the next decade in Vancouver, while Alphabet Inc.’s Google unit said it would triple its Canadian work force to 5,000 people in the next three years in Toronto, Montreal and the Kitchener-Waterloo region.

Ottawa’s Shopify Inc. is opening an Vancouver office this year that will grow to 1,000 people in a few years – while rival Amazon.com, Inc. plans to hire up to 10,000 people in the city – and Winnipeg’s Bold Commerce, a leading app developer for Shopify’s retail customers, said recently it plans to double its 350-person work force within three years.

Several other Canadian tech companies are in the midst of rampant expansion including:

But critics have voiced concerns that efforts to entice foreign investment undermine the flourishing domestic tech sector, drawing attention and resources – including skilled talent – from homegrown innovators that they argue contribute more to economic growth than branch plants.

Canadian tech leaders counter that while foreign companies build branch plants here, domestic innovators add top-level jobs and their senior staff at home, creating wealth and corporate tax revenues that stays in Canada. “What differentiates us is the fact that our leadership is Canadian,” Mr. Ossip said. “These are strategic jobs. You can actually go to the top of the organization [while working in Canada] which is quite different than other companies we’re seeing.”

Coveo CEO Louis Tetu, meanwhile, said federal efforts to attract foreign companies is a “triple impoverishment” strategy, as they reap the benefits of work done here in their home countries, create wage inflation and exacerbate talent shortages in Canadian markets, while taking taxpayer money offered by governments here. ‘’I’m not suggesting we close our borders,” Mr. Tetu said. “The point is we’re favouring these companies and forget to calculate the economic benefit.” 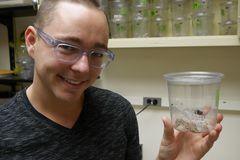 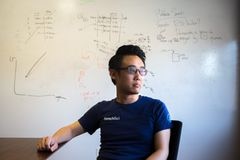