Chad Bayne started his practice with a premise that doesn’t come naturally for big Bay Street law firms: Don’t charge your clients a cent for at least the first few years.

Now, almost a decade later, his practice at Osler, Hoskin & Harcourt LLP works on a huge percentage of venture and tech financing in Canada, advising on deals worth a total of $1.9-billion last year. That represented 41 per cent of total venture funding raised in the country, according to a PwC Canada report, and helped make Osler one of the largest law firms in the world for venture deals.

Following the example of firms he saw in Silicon Valley, Mr. Bayne says he decided to take a venture-capital-like “portfolio” approach to working with startups, accepting that many will fail. But if he made the right bets, some would thrive and go on to raise ever-larger amounts of money, acquire other startups or even enter the public markets. This would generate a steady stream of corporate legal work – all charged at Osler’s regular rates.

“What we’ve tried to emulate here is essentially the best practices of the Valley, and build something that’s essentially a West Coast firm, but in an East Coast setting,” the 45-year-old Mr. Bayne said in an interview with The Globe and Mail at the Osler office in Toronto.

Osler’s practice is the biggest in Canada, and was ranked fifth globally among advisers who worked on private equity deals in 2018, according to financial markets data provider Refinitiv. So far this year, Osler has advised on deals worth a total of $2.86-billion, including Canada’s biggest venture-capital deal in history, a $515-million recapitalization transaction by anti-fraud software company Verafin Inc. Mr. Bayne himself was responsible for 59 per cent of those financings, the firm says.

At the same time, the group spins off employment, tax law and litigation work to other lawyers at the firm, and startup founders in Toronto’s burgeoning tech scene seek out Mr. Bayne himself as an adviser.

The original idea was to “go downstream to the early stage companies and bet long,” he says. “It’s the lowest friction point at which to get hired as counsel. Of course, they have no money to pay you, but you have to make that long-term bet.”

Mr. Bayne was still a year from making partner when he launched the practice in 2010 with his mentor at the firm, Geoff Taber. For the first few years, he says, they were afforded “air cover” through two big-name clients – working on small acquisitions for Google and IBM – which helped counter any concern from other partners over their non-paying clients. That work also helped get their name out in the tech world, but momentum didn’t build overnight.

“Nobody was going to go to Osler for the early stage work because our fees were too high. And it took us a while to break that stereotype,” Mr. Bayne says.

Its willingness to write off the cost of early stage work such as incorporation and shareholder documentation and offer discounts and fixed-fee arrangements, eventually helped the firm win business.

Mr. Bayne met Hootsuite Inc. chief executive Ryan Holmes in 2009, when Osler acted for the investor in an early round of funding for the Vancouver social-media management company. Mr. Holmes hired the firm the following year and Mr. Bayne has been Hootsuite’s corporate lawyer ever since. “We’ve been a good customer, but he let us grow into that,” Mr. Holmes says.

2013 was a pivotal year for the Osler tech practice. That summer, Hootsuite raised US$165-million in one of the largest funding rounds in Canadian history. Around the same time, Mr. Bayne met Mike Katchen, the CEO and co-founder of robo-adviser Wealthsimple Inc. Mr. Katchen had just returned to Canada after selling a previous startup in California. He met with lawyers from three firms to discuss incorporating his new business, but says, “Chad was the only one who would work with me."

"He said, ‘It sounds like a great idea. We’ll give you our special startup rate. And don’t worry about the fees until you raise your first round of funding. We’ll help you get this thing off the ground,'” Mr. Katchen says.

It was antithetical to the bill-by-the-hour culture that still persists at big law firms, but goodwill and loyalty mattered more in the end. Wealthsimple has now raised in the range of $300-million over multiple financing rounds and no longer gets the startup discount.

In 2015, the practice expanded to Vancouver, establishing a beachhead in a city where Mr. Bayne says Osler had long aspired to operate. By the end of 2016, the practice had had its busiest year to date, and Mr. Taber was thrilled. Still, Mr. Bayne insisted to his partner: "You haven’t seen anything yet. The best is yet to come.”

It was one of their last conversations – Mr. Taber and his wife and two sons died in a house fire on Christmas Eve.

As Mr. Bayne took on Mr. Taber’s clients the following year, he struggled emotionally but never considered shutting down the practice. “We’d been through too much. I owe so much of my career to Geoff. He was like a big brother to me and there was no way I would let this practice falter. He spent too much of his life on this.”

Mr. Bayne is dedicated to his wife, Ruth, and five-year-old twin girls, but clients who have known him for many years say the firm is his only other priority. “His life seems to be Osler and his family,” says Kerry Liu, CEO of Rubikloud Technologies, which makes artificial-intelligence solutions for the retail industry.

When Jordan Jacobs sold his AI startup Layer 6 to Toronto Dominion Bank, the deal came together over the Christmas holidays and he spent the early hours of New Year’s Day, 2018, on the phone with Mr. Bayne. “He just did what was necessary to get the deal done and he’s like that always. It always feel like you’re the only client and the fact is that there are hundreds,” Mr. Jacobs says.

“He has a view of all the deals that are happening and also the market for those deals. He has the best pulse on what valuations are and what kind of metrics VCs are looking for. That’s unique to Chad,” Mr. Liu says.

The Osler lawyer is also willing to haggle. Having built up a solid reputation with venture investors, he’s unafraid of conflict, he says.

“He really fights for entrepreneurs and is an advocate," Wealthsimple’s Mr. Katchen agrees. “People who have been on the other side of the table from him in a financing might have the opposite story to tell, which is that he’s a bulldog and tough to work with. But those things make him a great lawyer for entrepreneurs.”

The practice now has 24 dedicated lawyers and Mr. Bayne now has a co-chair, partner Mark Longo in Vancouver, but Mr. Bayne calls himself the “spiritual leader” of the team.

“I’m essentially the driving force behind the practice and have the largest book of business."

The emerging and high-growth companies group is mainly made up of associate lawyers – typically younger lawyers working on a salary. Those salaries are the practice’s main expense, Mr. Bayne says, adding that the relatively low fixed cost helps with profit margins. He says the practice is profitable on its own.

While there are “interesting aspects" to the idea of establishing his own firm, such as financial rewards and ego, Mr. Bayne says having the resources of a big firm is an asset to the group, and he’s an “Osler lifer.” 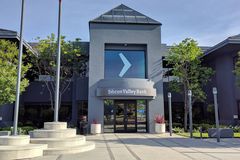 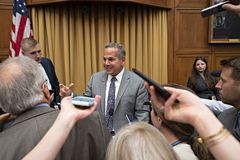 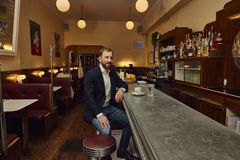