A move by the Trudeau government to change ethical procurement rules stipulating how long a company can be banned from bidding on federal contracts would soften the financial blow to SNC-Lavalin Group Inc. in the event the engineering giant is found guilty of bribery, analysts say.

The Montreal-based multinational has dramatically reduced its exposure to Canada since the RCMP raided the company’s headquarters in 2012 in what was then a widening investigation into kickbacks allegedly paid to the son of former Libyan dictator Moammar Gadhafi. Its footprint in Canada has gone from roughly 66 per cent of total sales in 2013 to about 29 per cent as its operational centre of gravity shifted toward Europe and the Middle East.

That business in Canada – worth $2.9-billion based on $10.08-billion in revenue reported for 2018 – is now in jeopardy after police laid corruption and fraud charges against the company in 2015. Under current federal rules, SNC-Lavalin could be banned from bidding on federal contracts for up to 10 years if found guilty.

SNC-Lavalin struck a deal with Canada’s public services and procurement department in the wake of federal charges in 2015, giving it the right to continue to do business with all federal government ministries and agencies until the charges are resolved. Under the agreement, the company agreed to several conditions including independent third-party monitoring of its business practices.

The department is now proposing granting itself more flexibility in deciding how long a company is banned from bidding when convicted, The Globe and Mail reported Monday. That flexibility could mean SNC-Lavalin would not face an automatic 5- to 10-year ban.

“That would be an elegant [way out]” for SNC-Lavalin, said Maxim Sytchev, an analyst at National Bank of Canada. “It’s a more tailored solution potentially.”

“It would definitely lift part of the overhang that has brought the stock price down,” said Mona Nazir, an analyst with Laurentian Bank. SNC-Lavalin’s share price has dropped 29 per cent from Oct. 9, 2018 – the day before it announced it would not be invited to negotiate an out-of-court settlement with prosecutors – to its close on Monday. The company’s legal problems are also compounded by challenges in its oil and gas and mining units.

Following a meeting with SNC-Lavalin executives in the fall, Mr. Poirier published a note saying that management indicated that in the event the company is banned from the Canadian market, it would be able to shift its exposure away from Canada to other regions over three years. That is believed to be one of the Plan B options the company is considering in the event its corruption case goes to trial.

SNC-Lavalin insists it has dramatically overhauled its ethics and business practices over the past several years. The company has said it will defend itself in court, that it has done nothing wrong and that employees responsible for past ethics violations are no longer on the payroll.

But the path forward for the company remains fraught with uncertainty. Other jurisdictions could also blacklist the company if it is convicted, including provinces and municipalities in Canada as well as clients in the United States and overseas. The financial impact of that lost future business to SNC-Lavalin is virtually impossible to predict.

SNC-Lavalin has already experienced a taste of what can happen, saying the charges and a lack of out-of-court settlement with Canada to resolve them has already cost the company more than $5-billion in lost revenue and continues to damage its reputation globally.

“Competitors in the U.S. are pretty ruthless and they use it against us,” SNC-Lavalin chief executive Neil Bruce said on a conference call last Friday. He declined to comment in detail on any potential changes to federal procurement rules, calling them "something further down the line.” 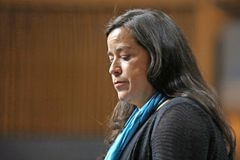 Opinion
No. 1 question in SNC-Lavalin affair is whether Trudeau tainted rule of law
Subscriber content
February 25, 2019 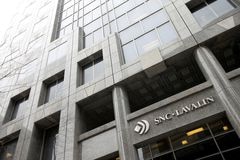