China has halted canola imports from Winnipeg’s Richardson International Ltd. amid widening trade and diplomatic tensions between the two countries.

Chinese customs administration’s list of approved grain importers says Richardson is no longer permitted to ship the oil seed to China, according to a document obtained by The Globe and Mail. “Export registration for canola seeds has been revoked,” a note beside the Richardson entry reads.

It was not immediately clear why Richardson’s exports to China, the world’s top importer of canola, were halted. Officials at China’s General Administration of Customs did not respond to requests for comment. China has recently voiced concerns about the quality of Canadian imports of the product, which are worth about $2.5-billion a year.

Jean-Marc Ruest, Richardson’s vice-president of corporate affairs, called the move an “attack” on Canada and its agriculture industry. “The timing suggests it’s something much greater than a quality issue that pertains to Richardson,” he said.

The move comes amid heightened tensions between the two countries in a dispute over trade and telecom technology that has ensnared the chief financial officer of the world’s largest telecommunications equipment maker, Huawei Technologies Co. Ltd.

The Canadian government this week said it will go ahead with a hearing on a request from the United States for the extradition of the Huawei executive, Meng Wanzhou, to face U.S. criminal charges. The dispute intensified this week as China made new spying allegations against two Canadians it has detained in apparent retaliation for the Dec. 1 arrest of Ms. Meng in Vancouver. China took former diplomat Michael Kovrig and entrepreneur Michael Spavor into custody on Dec. 10.

Mr. Ruest said Richardson is “firmly convinced” it is a casualty in the broader diplomatic row.

He said Canadian officials informed the company its export licence in China was revoked on March 1 after a few months of allegations from Chinese officials that Canadian exports of canola from Richardson and other suppliers were not compliant with their quality requirements. “We investigated the matter internally and with Canadian regulators, who were firmly of the view that those allegations were unsubstantiated,” Mr. Ruest said.

Chrystia Freeland, Minister of Foreign Affairs, said solving the issue is a priority for the federal government. “I am concerned by what we heard has happened to Richardson,” she said after a visit to an LED lighting company in suburban Montreal. “We do not believe there is any scientific basis for this."

She added: "I’d like to remind Canadians or any Chinese people who are listening that the trade in canola between Canada and China is mutually beneficial.”

She said Canadian canola products are of “great value” to Chinese consumers and farmers, “and we are working very, very hard with the Chinese government on this issue.” She described it as “an utmost priority of our government.”

China buys some $2.5-billion worth of Canadian canola every year, and a drop in sales would be a hit to exporters, which also include Viterra Inc. and Cargill Ltd. China is the biggest market for Canadian canola seed, oil and meal, accounting for 45 per cent of exports between January and November, 2018, according to Statistics Canada.

Heidi Dancho, a spokeswoman for the Canola Council of Canada, said China is an important market for the canola industry.

“News about blocked exports hurts the whole value chain,” she said. “Demand for high-quality oil and protein remains strong in China, and Canada remains a reliable and sustainable supplier of food for China. We look forward to the company involved resolving the current issue.”

In other years, China restricted imports of Canadian canola in a stated attempt to control the spread of the crop disease known as blackleg. In 2016, Prime Minister Justin Trudeau announced an agreement with China that would ensure continued access for Canadian exporters.

“We are aware of challenges our exporters have faced shipping to China – these are concerning as they create instability and add costs. While diplomatic frictions are concerning, there is no clear evidence that current challenges are linked to these frictions,” Ms. Dancho said. 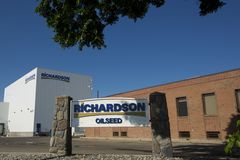 Opinion
The stakes just went up in Canada’s conflict with China - so what is the end game?
March 6, 2019 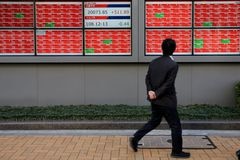