China’s trade war with the United States has clouded the outlook for the world’s second-largest economy and roiled financial markets. A sharper slowdown in the Chinese economy could fuel job losses, a concern that Beijing has raised.

But Chinese leaders have ruled out another round of strong fiscal stimulus, wary of inflaming debt risks. A 4 trillion yuan ($590 billion) spending package in 2008-09 shielded China’s economy from the global crisis but saddled local governments and state firms with piles of debt.

The amount of infrastructure spending this time will depend on how the trade war evolves, said four sources who are familiar with government policy. The sources are involved in internal policy discussions but are not part the final decision-making process.

“In the short term, the most effective way is to boost infrastructure investment,” said one policy insider who advises the government, speaking on condition of anonymity. “We will let fiscal policy play a bigger role in supporting the economy as monetary policy is less effective.”

The economy has already felt the pinch from Beijing’s multi-year deleveraging drive that has driven up corporate borrowing costs and delayed government projects.

Economic growth slowed slightly to 6.7 per cent in the second quarter – still above the official 2018 growth target of around 6.5 per cent.

However, the trade row with Washington, a slowing domestic property market and reduced outbound shipments have sharply increased the risks to China’s economic outlook.

Earlier this month, the United States imposed tariffs on $34 billion of Chinese imports. China promptly levied taxes on the same value of U.S. products, leading U.S. President Donald Trump to threaten to tariffs on all $500 billion of goods imported from China.

The meeting, chaired by Premier Li Keqiang, also called for banks to ensure funding to existing projects and meet reasonable funding needs of local government financing vehicles (LGFVs), which have been subjected to tight official scrutiny.

Room for boosting fiscal outlays is ample. Government spending surpassed revenues by 726 billion yuan in the first half, which was only about a third of the budgeted deficit of 2.38 trillion yuan for 2018.

China has cut its annual budget deficit target to 2.6 per cent of gross domestic product from 3 per cent in 2017 – the first reduction since 2012, boosting the amount of special bond issuance by local governments by 550 billon yuan to offset the drop.

“Fiscal spending could be quickened and investment in some projects under construction will be expedited. This will provide support for the economy,” said a second policy insider.

Another policy insider said China can step up spending on much-needed urban facilities such as parking lots and retirement homes, instead of mega projects.

The finance ministry, the National Development and Reform Commission and the People’s Bank of China (PBOC) did not immediately respond to Reuters’ request for comment.

The cabinet’s policy move signalled a victory for the PBOC following debate among researchers from the PBOC and finance ministry on whether fiscal policy should do more to spur growth, the policy insiders said.

That could take some heat off the PBOC, as it faces difficulty in channelling credit to small firms, which are vital for economic growth and job creation, they said.

State banks remain reluctant to lend to small firms, which are considered riskier than state-controlled firms.

While authorities are seen pushing ahead with reducing debt, there have been some signs of softening in their stance.

Chinese policy-makers have recently replaced use of the term “deleveraging” with “structural deleveraging,” a change that suggests less harsh curbs on debt.

“The deleveraging should consider external changes and the intensity could be weakened to avoid having a big impact on the economy,” said one of the policy sources. 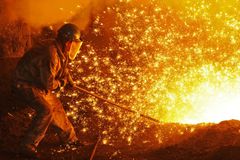 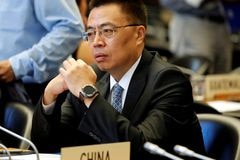 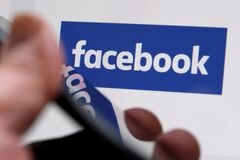