The 42-year-old Chinese entrepreneur says she is betting that her fledgling Luckin Coffee brand will eventually have more cafés in China than Starbucks, and she has Singapore’s sovereign wealth fund and other investors bankrolling her plan.

Luckin, which only officially launched in January, has opened more than 660 outlets in 13 Chinese cities thanks to a supercharged growth plan based on cheap delivery, online ordering, big discounts and premium pay for its staff.

Its assault comes at a crucial time for Starbucks, which has 3,400 stores in China – its second-biggest market after the United States – and plans to almost double that number by 2022.

And the speed of the attack is a warning to other established consumer brands in China that they too could be vulnerable to a startup’s attempt to reinvent a market, brand consultants say.

Starbucks’ shares were pummelled in June after it warned same store sales growth in China had plunged to zero or worse last quarter, against 7 per cent growth a year earlier. Its fiscal third-quarter results are due out on Thursday.

Starbucks said some new café openings were cannibalizing customer visits at nearby stores and it also blamed a drop-off in orders through delivery firms.

While it did not mention increased competition, investors and analysts said it is clear that Luckin does represent a threat.

However, they also point out that Starbucks’ brand has been very resilient to challenges from rivals around the world over the years, largely because of the ambience of its stores, its service and the consistent quality of the coffee served.

There is also no sign that Chinese consumers have turned against such a very American brand as a protest over U.S. President Donald Trump’s imposition of punitive tariffs on Chinese exports.

Reuters spoke to 30 consumers in Beijing Yintai Center, a shopping mall that has a Starbucks, Costa Coffee and Luckin outlet, among others. Half of those polled said they had tried Luckin; most said they liked it, though more than two-thirds said their top choice remained Starbucks.

The majority drank coffee in-store or bought to take away, with only a small number saying they had coffee delivered, a potential challenge for Luckin’s delivery-focused strategy. Taste, convenience and environment were their top three priorities, more than price.

Luckin’s customers can order coffee via an app, watch a livestream of their coffee being made, and have it delivered to their door in an average of 18 minutes, the company says. A regular latte, roughly the size of a Starbucks grande, costs 24 yuan plus 6 yuan for delivery (free delivery for orders of more than 35 yuan), but can be half price after promotions. A grande latte at Starbucks costs 31 yuan.

More than half of Luckin’s stores are larger “relax” outlets or pickup stores with some seating. The rest are delivery kitchens.

The speed of Luckin’s growth is extraordinary – it took Starbucks about 12 years to open as many stores. In many ways it echoes the way in which some major Chinese technology firms, such as ride hailing platform Didi Chuxing, have burned through cash to grab market share and been valued highly as a result.

“I don’t have a timeline for profit,” Qian told Reuters at the firm’s Beijing headquarters as she sipped her third Luckin coffee of the day. “For us, what we care about now is the number of users and if they are coming back to us, whether they recognize us, whether we can take market share.”

The firm raised $200 million this month to help fund its expansion, including an undisclosed sum from Singapore government fund GIC, a funding round which Luckin said valued the firm at $1 billion.

“In the future we will have more cafes than Starbucks,” she declared.

One of the investors in the latest fundraising said it is the logical time for there to be a shakeup of the coffee world in China.

“This model will appeal to young customers amid the country’s consumption upgrade,” said the investor, who asked not to be identified.

The use of online ordering and delivery should be enough to unnerve many established brands, said Bruno Lannes, Shanghai-based partner with consultancy Bain & Co.

Still, not everyone agrees the internet model translates easily to the coffee business, given the need for costly stores and quality control.

“It remains to be seen if they can really hook consumers in and create a monopoly in the market, like those we see in sectors like cab-hailing,” said Liu Xingliang, president of tech consultancy China Internet Data Center.

And some of the consumers Reuters spoke to in the Beijing mall saw hurdles ahead for Luckin.

Liu Xu, 23, an advertising professional, who compares Luckin to a “flash mob” that came out of nowhere, said he tried the firm’s coffee out of curiosity but prefers hand-drip single-origin coffee.

And Lian Yiheng, 22, a student, said she was attracted by Luckin’s promotions and the convenience of delivery, but felt it needed to improve its selection of coffees and store decoration to lure people in the longer run.

Qian said the plan was to have more sit-in stores and reduce the proportion of delivery-only outlets, which would require higher spending on setting up in better locations and on decor. On the question of quality, she says that it uses select arabica beans from Ethiopia.

Luckin’s expansion comes as Starbucks’ global rivals, such as Canadian chain Tim Hortons, are also pushing hard in China. Tim Hortons plans to open 1,500 outlets in China over the next 10 years, while smaller local chains are also popping up fast.

As China’s middle class continues to increase in size and the coffee chains move into many smaller towns and cities, the market is growing at 5 per cent to 7 per cent a year, according to research firm Mintel.

Li Yibei, owner of Double Win Café, which has a chain of eight coffee shops in Shanghai, said Luckin would have an impact on the market, but there was plenty of space left.

“Maybe they will hit Starbucks to some extent, but remember Starbucks has many diehard fans. Maybe they can grab some followers from them, but I don’t think that many,” she said.

Starbucks may also soon be moving more formally into online delivery in China. Howard Schultz, Starbucks’ departing executive chairman, said in Shanghai this month that he was close friends with Jack Ma, the head of Alibaba Group Holding Ltd, which controls food delivery platform Ele.me. , and suggested the two could work together on Starbuck’s online delivery in China.

“The more good coffee and competition that comes into the market, the more the Chinese people will be exposed to good coffee,” he said. “Emerging new players that are coming into the market will actually benefit Starbucks.” 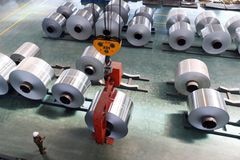 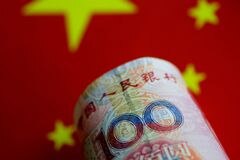 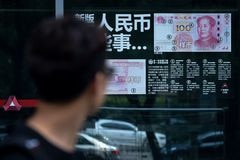