Wealth manager CI Financial Corp.'s rapid pace of expansion into the U.S. investment advisory market is not about to slow down, according to chief executive officer Kurt MacAlpine.

The investment giant, which has about $202-billion in assets under management, received approval Thursday from the New York Stock Exchange to list its common shares, a day after announcing the purchase of its 12th U.S. registered investment adviser (RIA) firm in less than a year.

While pricing details of the 12 individual transactions have not been released, CI financial documents show the company spent $306-million to buy the first four RIA businesses that closed before September. CI could pay an additional $90-million for those firms if they hit certain financial targets.

Mr. MacAlpine said having NYSE-listed shares – which will begin trading on Nov. 17 under the ticker symbol CIXX – will help boost CI’s corporate profile in the United States. It will also allow CI to offer U.S. dollar-denominated shares when making acquisitions in that country, although it is something CI will do “accretively," he said.

“The velocity of deals that we are able to do is picking up," Mr. MacAlpine said in an interview. “We have a very rich pipeline of firms we are in conversations with – firms that have reached out to us, as well as with firms that have been referred to us by banks that are working with these firms.”

The latest deal will see CI purchase 100 per cent of the Roosevelt Investment Group Inc., a New York-based RIA business with US$2.7-billion in assets that specializes in providing financial planning and wealth-management services to high-net-worth families.

Scotia Capital analyst Phil Hardie says CI’s stock price has yet to begin to price in the potential benefits of the RIA strategy.

“Achieving a better balance [between wealth and asset management] is likely an important lever for shareholder valuation creation given that wealth management streams tend to attract higher valuations ... than the traditional asset management business,” Mr. Hardie said in a research note on Thursday.

Mr. MacAlpine wouldn’t say how many RIA firms he hopes to acquire, but said the company is “ahead of schedule” from what he had initially anticipated.

“I think our momentum is going to pick up on a month-by-month basis,” he said. “Our pipeline today is significantly larger than what it was when we were just getting started. But how much of that actually gets through is unclear.”

The expansion into the U.S. RIA market is part of CI’s plans to globalize while growing its wealth-management businesses. In the United States, an RIA company typically follows an independent business model – meaning it is not part of a larger brokerage – and advisers have a legal fiduciary obligation to act in the best interests of clients. The U.S. RIA market has more than 17,000 companies, but has seen a wave of consolidation in recent years.

The company’s rapid growth over the past nine months has put it on track to become one of the top five RIA firms by assets in the U.S. market, Mr. MacAlpine said. Since entering the market in February, CI has boosted its U.S. wealth assets under management to more than US$16.5-billion through 12 acquisitions in California, Arizona, Texas, Arkansas, Florida, Illinois, Ohio, New York and Massachusetts.

In addition to expanding into the U.S. advisory business, the acquisitions will also provide CI clients the opportunity to access cross-border services in areas typically used by snowbird retirees, such as Florida, Arizona and southern California. There are also cross-border opportunities in areas such as New York or Boston, where high-net-worth clients send children to attend universities who end up remaining in the U.S., as well as the Houston region for energy-industry executives, the CEO said. 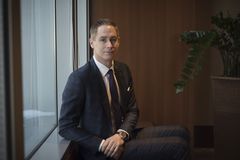 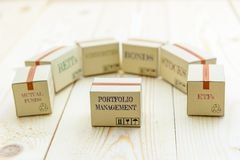