CI Financial Corp. does not support a $2.1-billion takeover bid for Great Canadian Gaming Corp. and will vote against the deal, putting the proposed private-equity buyout in limbo one week before its scheduled shareholder vote.

CI is a major shareholder of Great Canadian with a 14.1-per-cent stake and in a statement late Wednesday the money manager said it is “not supportive of the proposed plan of arrangement” between private-equity giant Apollo Global Management Inc. and Great Canadian.

For Apollo’s bid to succeed, the New York-based private-equity firm requires holders of two-thirds of the stock to vote in favour of the $39-a-share offer. With CI’s announcement, at least 38 per cent of the company’s shares will be voted against the deal. However, it is possible that Apollo will amend the terms of its bid and convince some shareholders to change their minds.

Early opposition to the takeover was rooted in the timing of Apollo’s announcement, as well as frustration about executive compensation under the proposed takeover. As it stands, Great Canadian chief executive Rod Baker is set to receive $24.9-million in cash from the deal, which includes a $6-million deal bonus.

In a letter, Burgundy has said the COVID-19 pandemic put pressure on Great Canadian’s shares because casinos were forced to close across the country. That led, the firm argued, to Apollo presenting an “underwhelming, unsolicited bid.” Meanwhile the industry’s fortunes in other regions have shown that demand for gambling will not suffer long-term damage.

With the shareholder vote set for Dec. 23, more uncertainty was brewing this week, with one sizeable shareholder calling out Great Canadian’s disclosure about its new Ontario revenue arrangements.

Madison Avenue Partners, which claims to own around two million Great Canadian shares or roughly 3.5 per cent of the company, is concerned that crucial information about the casino operator’s revised agreements with the Ontario government has not been shared widely. If so, it could give Apollo an inside edge and allow the private-equity firm to lowball its offer.

“I am disturbed by the board not equipping the owners of the company with the information they need as fiduciaries to make sound and responsible decisions about their investment,” Madison managing partner Eli Samaha wrote in a letter to Great Canadian’s board Monday.

Mr. Samaha is asking the company to release any projections provided to Apollo in order to understand the impact that COVID and other changes have had on its casino operations, and to also disclose “the approximate benefit of the new [Ontario and Lottery Gaming Corp.] threshold arrangements relative to prior assumptions.”

On the same day that Apollo announced its takeover bid, Great Canadian also disclosed as part of its quarterly earnings that the company had entered into amended casino-operating service agreements for its Ontario gaming properties. The new contracts allow Great Canadian to operate under an interim compensation model for the duration of the pandemic and “a period of subsequent ramp-up of operations.” The interim fee model will last for 36 months.

“If this board has nothing to hide, then they should share the information the owners need to make a responsible decision with their capital,” Mr. Samaha wrote in an e-mail to The Globe and Mail.

Market movers: Stocks that saw action on Monday - and why
Subscriber content
December 14, 2020 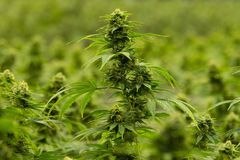 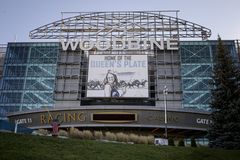 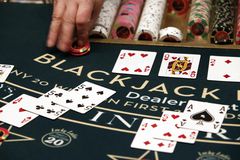