Canadian Imperial Bank of Commerce was forced to abandon the sale of a majority stake in its Caribbean business after regulators blocked the transaction over concerns about the change of ownership amid a global health crisis.

But the deal became mired in regulatory delays and, despite a last-ditch effort by CIBC’s corporate development team to win over the watchdogs in December and January, the deal failed to win regulators’ approval because of uncertainty about the buyer, according to two people familiar with the transaction.

The Globe and Mail is not identifying its sources because they are not authorized to discuss these matters publicly.

On Wednesday, CIBC said in a news release that it would not go forward with the sale because it “did not receive approval from FirstCaribbean’s regulators,” but declined to specify why. An internal memo to staff, reviewed by The Globe, noted that “much has changed since the transaction was originally proposed,” and with uncertainty around the speed of an economic recovery, “the regulators are cognizant of the systemic importance of FirstCaribbean and the role it plays in the region.”

The deal would have handed control of FirstCaribbean to a foreigner who was putting up little of his own capital. When the deal was struck 14 months ago, GNB Financial agreed to pay US$200-million in cash, and CIBC had promised to finance the rest of the purchase price, keeping a 24.9-per-cent stake in FirstCaribbean in the process.

FirstCaribbean employs about 2,900 people in 64 branches and offices across 16 Caribbean countries, including Barbados, the Bahamas and the Cayman Islands.

The pandemic has also had a severe impact on Caribbean economies, many of which rely heavily on the travel industry, and it is too early to tell how long it will take them to recover. A stable owner with a history in the region such as CIBC was a more comforting prospect.

CIBC has done business in the Caribbean since the 1920s, and FirstCaribbean was created in 2002 when CIBC and Barclays PLC merged their local operations. Four years later, Barclays sold its stake in the venture, ceding control to CIBC in 2006.

DBRS Morningstar analyst Rob Colangelo said in a note to clients that CIBC indicated that the regulator’s refusal “was largely based on the worsening impact” of COVID-19 on the Caribbean economy.

The lead regulator reviewing the deal was the Central Bank of Barbados, with additional oversight from the Eastern Caribbean Central Bank. Neither regulator has explained their decisions, and representatives of each did not respond to requests for comment.

Over all, the rejected sale is “a negative” for CIBC, “as we believe the operations and the region, overall, face difficult challenges,” John Aiken, an analyst at Barclays Capital Canada Inc., said in a note to clients.

Had CIBC’s transaction with GNB been approved, CIBC expected a boost to its capital reserves – as measured by its common equity Tier 1 (CET1) ratio – of about 40 basis points (100 basis points equal one percentage point). That would have equated to about $1-billion in extra capital, according to Gabriel Dechaine, an analyst at National Bank Financial Inc. But CIBC still has the third-highest CET1 ratio of any major Canadian bank at 12.1 per cent, as of Oct. 31.

“While this transaction would have supported FirstCaribbean’s long-term growth prospects, it is only one way of creating value for stakeholders,” said Harry Culham, CIBC’s head of capital markets who also oversees FirstCaribbean, in a statement.

The first clear sign that the deal was in serious jeopardy came in December, when CIBC announced it had changed its accounting for FirstCaribbean and was no longer holding it as an asset for sale. At the time, chief financial officer Hratch Panossian said CIBC was still pursuing the deal, but there was “more uncertainty” around its fate.

CIBC is not the only Canadian bank looking to pull up deep roots in the Caribbean, a market fraught with challenges such as varied local laws and regulations, increasingly frequent natural disasters, and risks tied to financial crime.

When Bank of Nova Scotia sold its operations in several smaller Caribbean countries, the bank encountered pushback from the local government in Antigua and Barbuda and had a part of the deal turned down by Guyana’s central bank. In late 2019, Royal Bank of Canada sidestepped similar headaches by selling its eastern Caribbean operations to a consortium of local banks.

CIBC has made multiple attempts to exit the Caribbean, or to start reducing its ownership, but all have fallen through. Notably, the bank attempted to list FirstCaribbean on U.S. stock markets in 2018, looking to raise as much as US$240-million by offering 9.6 million shares, but failed to garner enough support from investors.

As it stands, CIBC owns nearly 92 per cent of FirstCaribbean, which has about US$12.2-billion in assets. 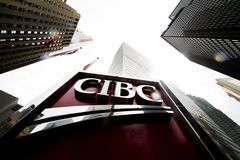 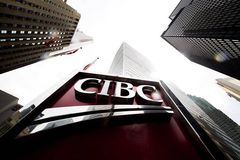