An Ontario court has ruled that Canadian Imperial Bank of Commerce broke federal labour law by allowing employees to work unpaid overtime for years, bringing one of the country’s largest class-action lawsuits closer to resolution after it has dragged on for more than a decade.

The Ontario Superior Court found CIBC liable for unpaid overtime, but has yet to calculate the damages that will be awarded to the plaintiffs. The class action, launched in 2007, involves about 31,000 CIBC employees who worked as tellers or in other front-line customer service roles between 1993 and 2009.

In a decision released Monday, Justice Edward Belobaba found that CIBC’s bankwide policies on overtime failed to record actual hours of work by thousands of front-line staff, and illegally put the onus on employees to get overtime hours preauthorized by managers. As a result, some staff worked unpaid overtime, Justice Belobaba wrote, while the bank ignored concerns raised repeatedly in employee surveys.

“There is an abundance of evidence ... that some of the class action members worked uncompensated overtime," he wrote in his reasons for the decision.

Lawyers for the plaintiffs have cast the suit as the largest employment class-action lawsuit ever brought in Canada, and had asked the court for $600-million in damages. And while they are claiming victory, and suggesting the ruling sets a precedent that could affect employers across Canada, Justice Belobaba warned that the plaintiffs still face “significant challenges” in establishing what damages or remedies CIBC should be forced to pay.

“This is a battle that’s been going on for almost 13 years, and we don’t have any illusion that it’s over yet. But it’s a huge victory for the hard-working employees of CIBC, and for other employees across the country," said Louis Sokolov, a partner at Sotos LLP, a law firm representing the plaintiffs.

Assessing damages is expected to take months. Lawyers will pore over CIBC records and do statistical sampling, if necessary, to estimate the total unpaid overtime, and must argue over limitations that could curb the number of years the lawsuit would cover.

“We’re reviewing the decision and assessing next steps, including the possibility of an appeal," said CIBC spokeswoman Trish Tervit. "We believe we have effective overtime policies and practices in place, including a clear overtime policy that is easily accessible.”

While CIBC’s policies allowed for overtime if employees worked more than eight hours a day or 37.5 hours a week, they required that overtime pay be preapproved, except in “extenuating circumstances." That was too restrictive and violated provisions in the Canada Labour Code that require employers to pay overtime if they “require or permit” it, according to the court.

The lead plaintiff, teller Dara Fresco, and other CIBC employees said in affidavits that while overtime was expected at the bank, asking for compensation was discouraged, and that preapproval for overtime wages was difficult to get. An appeal court also previously found that willingness to work overtime was viewed positively in performance assessments, which made employees wary of claiming overtime for fear it might affect their jobs.

CIBC also did not have a system for recording the overtime hours employees work, except in exceptional cases, which Justice Belobaba said was a “systemic deficiency."

“If an employer is told of the existence of numerous complaints about unpaid overtime, does nothing in response, and simply ‘looks the other way,’ the employer is effectively permitting the employees to work overtime," he wrote. “The bank dropped the ball, to be sure.” 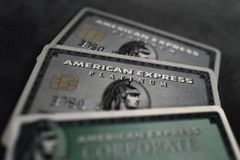 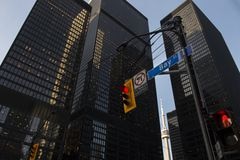 At BMO, missing key goals still means millions for those at the top
Subscriber content
March 31, 2020 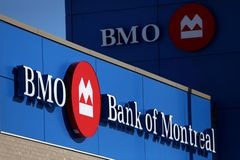