Canadian Imperial Bank of Commerce has appointed Michael Capatides as the new chief executive of its U.S. business starting April 1, succeeding current head Larry Richman as he moves to a new role as chair.

The change at the top of CIBC Bank USA speeds up a succession plan put in place when CIBC acquired the Chicago-based lender PrivateBancorp Inc. for US$5-billion last year, landing a cornerstone to expand CIBC’s presence in the United States.

Mr. Richman had served as CEO of PrivateBancorp since 2007 and led the integration with CIBC to form CIBC Bank USA. At the time, he was expected to serve as CEO of the U.S. region for three years before transitioning to become executive chairman of the bank’s U.S. board, according to the terms of his contract. (Mr. Richman received a US$8.2-million deferred award as an incentive to retain him.) Instead, he will now take the title of chair, U.S. region, stepping down from the CEO role more than a year earlier than expected.

In an interview, Mr. Richman said he wants to spend more time with his family and more time nurturing relationships with clients, which has been seen as one of his strongest suits. He will also continue to mentor staff and work on the bank’s civic initiatives.

“This will give me more time to spend on those, and less time - call it administratively,” Mr. Richman said.

In April, Mr. Capatides will formally take over as U.S. region group head and president and CEO of CIBC Bank USA.. An American who hails from New Jersey, Mr. Capatides has been with CIBC since 1996 and most recently served as chief administrative officer and general counsel. He was also the executive in charge of the PrivateBancorp deal and played a central role in its subsequent integration with CIBC.

When Mr. Richman expressed a desire to step down earlier than expected, CIBC CEO Victor Dodig said he looked to choose a replacement from his existing team who could run CIBC Bank USA “in partnership with the rest of the bank.”

Under Mr. Richman’s watch, CIBC has increased profits from its U.S. division faster than expected. In late 2017, the bank set a target to boost the share of its total earnings coming from the United States from 9 per cent to 17 per cent by 2020. In the quarter that ended Jan. 31, U.S. operations chipped in 15 per cent of CIBC’s total profit, including $126-million from CIBC Bank USA.

"There was a lot of skepticism when CIBC bought the bank. But it’s turned out to be a very successful transaction,” said Meny Grauman, an analyst at Cormark Securities Inc. “It does make sense that you bring this business into the fold [by] having a CIBC executive run this important business unit.”

Mr. Capatides, who has a home in New Jersey but plans to spend his work week in Chicago, signalled no plans for any major change in direction as he takes over. “I am just stepping in the shoes of Larry in that capacity,” he said. “Continuing on that path and continuing to build out the U.S. franchise through investment is task one.”

Mr. Dodig, Mr. Richman and Mr. Capatides held a town hall with CIBC Bank USA staff in Chicago on Thursday to outline the bank’s new leadership structure. Mr. Dodig said he expects a “seamless” transition with “no drama,” and does not anticipate any other senior leadership moves within the U.S. arm. “Larry’s team is in place,” he said. 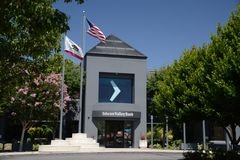 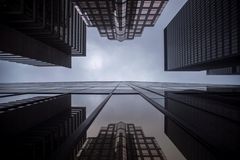