Toronto-based Cineplex agreed to a friendly takeover on Monday, but the theatre chain’s board of directors also won the right to continue courting suitors over the next seven weeks, a process known as a “go shop” period. If Cineplex does get a better offer, it will pay Cineworld what’s known as a “break fee” – the penalty for breaking the deal. The higher the break fee, the more expensive the takeover becomes for a potential white knight.

Cineplex revealed in a regulatory filing that if a Canadian entity tables a superior bid before Feb. 2, then Cineworld collects a $27.7-million break fee. Domestic pension plans and private equity funds are seen as possible suitors for the chain. If a foreign company steps up for Cineplex, the break fee paid to Cineworld doubles to $55.4-million. A handful of U.S. and European movie chains are following the same consolidation strategy as Cineworld and growing through acquisitions.

“Cineplex is a proudly Canadian company and our board wanted to use the lower break fee as a way to encourage a Canadian company to come forward as part of our go-shop,” Ellis Jacob, president and CEO of Cineplex, said in an e-mail to The Globe and Mail on Tuesday.

Break fees are commonplace in takeovers, and the size of the payment can vary from 1 per cent to 5 per cent of the value of the transaction. Cineplex’s board negotiated a 1.25-per-cent break fee for a potential Canadian bidder, which is at the low end of the range. A foreign buyer faces a break fee that is 2.52 per cent, which is more commonplace. Corporate lawyers said different break fees for domestic compared with foreign buyers marks a novel development in Canadian takeovers.

At least one other theatre chain, British-based Vue International, engaged in takeover talks with Cineplex in recent months, according to financial and legal sources to whom The Globe granted anonymity because they are not permitted to speak for their clients. Vue is owned by its management and Canadian pension plan managers OMERS and the Alberta Investment Management Co.

Cineworld pushed for a higher break fee on any potential foreign buyer because the company expected its most likely rival would be another global company, according to investment banking sources.

Cineworld’s offer faces federal regulatory scrutiny, as the value of the takeover exceeds the Canadian government’s $1.05-billion threshold for review and Cineplex is likely to be considered an important cultural player. Cineplex runs 165 theatres with 1,695 screens, and has about 75-per-cent market share. Domestic buyers, such as a private-equity fund, would face minimal regulatory issues.

Despite the board’s innovative work on break fees and the uncertainty that comes with a federal government review, analysts say Cineworld’s $34-per-share offer is likely to win out, as it places a premium valuation on the Canadian company. “We do not expect any major regulatory challenges and expect the transaction will proceed,” BMO Nesbitt Burns analyst Tim Casey said in a report. “We view the likelihood of a competing bid as low," he wrote.

Cineplex’s share price closed at $33.93 Tuesday on the Toronto Stock Exchange and the stock has not traded above $34 since the deal was announced early Monday, which indicates arbitrage funds that invest in takeovers are not expecting a superior offer.

The Cineplex takeover also features what’s known as a reverse break fee. If Cineworld backs out of the deal in the next seven weeks, it owes the Canadian company $41-million. The break fee owed to Cineplex rises to $48-million once the “go shop” period expires.

Opinion
The Empire strikes back? The sale of Canadian Cineplex to a British company is just a sequel of an old story
December 19, 2019 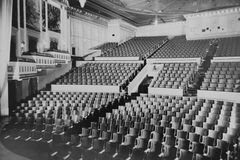 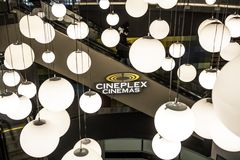 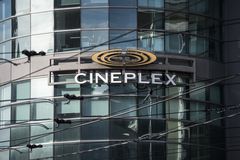