The cinema chain held its annual general meeting on Tuesday before an empty movie theatre in downtown Toronto, with shareholders attending by webcast. The meeting moved to a virtual format after an announcement on Friday from the Ontario government that a number of businesses in Toronto, Ottawa and Peel Region would be forced to close for at least 28 days – including cinemas, gyms, restaurants, bars, casinos and performing arts venues.

“When we look at movie-going in general, it simply does not pose the same risk as other indoor services and gatherings,” CEO Ellis Jacob said during the meeting, adding that movie theatres have ample space and high ceilings that make them particularly suited to physical-distancing measures. Since its theatres began to reopen in parts of the country in late June, Cineplex had introduced reserved seating with distanced layouts in each theatre, and had staggered show times to avoid large crowds arriving at theatre entrances at one time.

“Movie theatres are fundamentally different from any other retail or restaurant environment,” Mr. Jacob said.

The threat to the movie business from the global pandemic has rattled investors. Share prices of cinema chains including Cineplex took a hit last week after the world’s second-largest theatre chain, Cineworld Group PLC, announced that it would shut down theatres again. Cineplex’s share price, which had already fallen by nearly 80 per cent since early March, declined by another 30 per cent last week, closing at $4.61 on Tuesday.

The new restrictions took effect over the long weekend in Ontario’s COVID-19 hot spots. The move affects 22 of Cineplex’s 68 theatres in the province and follows other recent closing that affected 17 Cineplex theatres in Quebec and two in New Brunswick.

Amid all the uncertainty, movie studios have been delaying the release dates of big-budget films including Dune; Top Gun: Maverick; the latest James Bond release, No Time to Die, as well as Marvel’s Black Widow and a new adaptation of West Side Story directed by Steven Spielberg. Studios have also been experimenting with releasing movies directly to streaming services, bypassing theatres altogether, as Walt Disney Co. did with Mulan in North America and Britain. Mr. Jacob noted that this has caused speculation about the future of the theatrical release model.

“What remains clear in speaking with many of our studio partners, is that they’re committed to the theatrical release of their films and recognize that it’s critical to the long-term financial success of a film,” he said on Tuesday.

Mr. Jacob also attempted to put a positive spin on film-release delays, saying that they have positioned 2021 to be a strong year at the box office.

“What I know for sure is that our guests miss the magic of the big screen and are looking forward to shared experiences with friends and family that can’t be replicated at home,” he said.

But Cineplex’s industry peers are raising a red flag about dangers to their business. Last week, Cineworld wrote to U.K. Prime Minister Boris Johnson, according to reports, cautioning that the industry was in danger of becoming “unviable” in light of the studios' delays in releasing films. And the world’s largest movie theatre owner – AMC Entertainment Holdings Inc. – cautioned in a filing on Tuesday that it could run out of cash by the end of the year without additional liquidity – which could come from new financing, further breaks on lease payments, selling off assets, and other measures.

While AMC has opened roughly 83 per cent of its theatres in the U.S., attendance in those theatres has fallen by 85 per cent compared with the same period last year. “Major movie releases that were previously scheduled to be released in the fourth quarter have either been rescheduled for 2021 or slated for direct to streaming in lieu of a theatrical release, leaving a reduced slate of movie releases for the remainder of the year, and release dates may continue to move,” the company said in its filing.

Cineplex has been cutting costs to cope with the revenue losses at its theatres, laying off staff during the summer and imposing permanent salary reductions for full-time staff. The company put its head office in Toronto up for sale and hopes to close a deal around the end of this year.

It has also benefited from government wage subsidies and has negotiated with landlords for rent abatements during shutdowns and reductions during reopenings. It has also negotiated with suppliers to reduce contractually-mandated services and defer payments. The company suspended its dividend payments, which it does not expect to reintroduce in the near future, and has also cut capital investments. 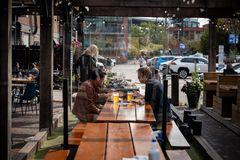 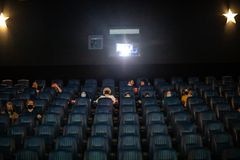