As the threat of COVID-19 became clearer in early March, 2020, and even before many movie theatres were ordered to shut down, the $2.18-billion deal for British-based Cineworld Group PLC to buy Canada’s largest cinema chain was already on shaky ground.

That’s according to submissions by lawyers for both Cineworld and Toronto-based Cineplex Inc. on Monday, in the first day of legal arguments in a lawsuit over the scuttled transaction. Cineworld pulled out of the deal in June, 2020, but internal communications on both sides presented in an Ontario court show that the companies had doubts months before then.

The case revolves around who is to blame for the dissolution of the deal. The Canadian company argues that Cineworld developed “buyer’s remorse” as the threat of COVID-19 to the movie industry became clearer in early 2020, and then as the industry was hit with widespread closings and revenue losses.

Cineplex says the British firm then began delaying the closing of the deal, hoping that Cineplex would be unable to keep its debt below a $725-million limit specified in the deal – giving the buyer an excuse to walk away. (The pandemic itself was not an excuse: The agreement excludes “outbreaks of illness” in its list of “material adverse effects” that would give grounds to cancel the deal.)

The buyer counters that Cineplex was in danger of going over that debt ceiling even before theatres were forced to close, and failed to reveal that to Cineworld. Cineworld says that Cineplex took actions such as extending its payment terms to suppliers, and eventually deferring rent payments – rather than taking on additional debt – to keep the deal alive. In doing so, the buyer argues that Cineplex deviated from the requirement under the agreement to continue running its business in the “ordinary course,” which is why the deal ultimately failed.

The financial consequences of that failure were significant for both companies. When the deal was announced in December, 2019, Cineworld had agreed to pay $34 a share to acquire the Canadian company. At the time, Cineplex’s stock was trading at roughly $24 a share, but as with other theatre owners, its share price fell significantly in the course of the pandemic. Cineplex’s stock closed on Monday at $13.60.

In opening arguments on Monday in the Ontario Superior Court of Justice, Alan Mark, a lawyer with Goodmans LLP representing Cineplex, said that deferring payments to vendors, capital expenditures and rent payments were all reasonable responses to the crisis in the industry posed by COVID-19, and represented an attempt by Cineplex to preserve the value of the business.

Mr. Mark acknowledged that the company was managing its liquidity before the pandemic affected theatres, partly because of lower-than-expected box office results in late 2019 related to the disappointing performance of Star Wars: The Rise of Skywalker. Such ups and downs are customary in the theatre business, he added, and did not damage relationships with suppliers.

“It was not the start of some subterfuge, as suggested by Cineworld,” Mr. Mark said.

Mr. Mark presented e-mails and text messages showing that by March, 2020, Cineworld was discussing financing with its bankers to meet its own liquidity needs, and that some of them were asking that the Cineplex deal be shelved. In a text exchange in April with a banker at HSBC, Cineworld’s chief financial officer wrote that “there is NO deal at [$]34 [per share],” and in other e-mails in April, the CFO referred to scenarios to exit the deal. “Time is working for us,” he wrote.

Mr. Mark argued these exchanges showed that Cineworld had an incentive to draw out the closing of the deal, to wait for Cineplex to trip its debt ceiling.

However, Paul Steep, a lawyer with McCarthy Tétrault LLP representing Cineworld, argued that the Canadian company violated the “ordinary course” provision in such deals, which exists to ensure that in the period between when a deal is struck and assets are handed over, the target company continues to operate its business as it otherwise would.

“Instead of abiding by the ordinary course and paying its suppliers ... [Cineplex] chose to pay its bank, precisely the moral hazard that the ordinary-course covenant was intended to prevent,” Mr. Steep said.

Mr. Steep presented e-mails from mid-February and early March between Cineplex’s vice-president of finance, Susan Campbell, and its chief financial officer, Gord Nelson. On Feb. 13, Ms. Campbell wrote that after paying rent for April, the company’s highest balance on its credit facility would be $709-million, and added, “I’m getting nervous.” On March 4, Ms. Campbell wrote an e-mail suggesting extending payment terms to suppliers “to ensure we don’t blow the covenant on cash in the deal.”

The case is expected to continue through late October.

Monday’s arguments also gave new insight into the extent of the damages sought by Cineplex, should the court rule in its favour. The company is asking for the difference between the $34-a-share purchase price Cineworld would have paid had the deal closed and a value of Cineplex’s shares to be determined by the court: On Monday, Mr. Mark signalled that an expert witness will suggest that difference should amount to approximately $1.3-billion.

Cineplex is seeking hundreds of millions more to compensate it for the debt that Cineworld would have repaid or refinanced, and costs related to the transaction. If the per-share damages are not available, Mr. Mark said Cineplex will ask for more traditional damages claims, such as a value representing the diminution of Cineplex’s assets or damages related to lost synergies from the deal that would have benefited Cineplex.

Cineworld has a counterclaim against Cineplex alleging a breach of the deal, and is seeking approximately $54.8-million in damages.

Trial between Cineplex and Cineworld will test buyers’ obligations when deals are derailed by disasters
Subscriber content
September 12, 2021 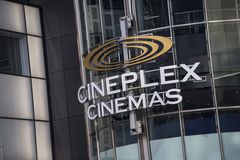 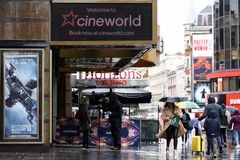