Cineplex Inc. is seeking at least $250-million in new financing as it attempts to recover from more than three months of pandemic-related shutdowns and from the breakdown of a $2.2-billion deal to sell the company.

Summer is usually blockbuster season for Canada’s largest movie-theatre chain, but this year Cineplex is focused on opening the doors at its 164 theatres, as well as entertainment venues such as the Rec Room and Playdium, and convincing customers it is safe to come back.

Under a covenant-relief deal struck with its lenders on Monday, the company has until the end of August to secure a minimum of $250-million in new financing – through borrowing, or asset sales, or both – and to use $100-million of that to repay its line of credit.

In its earnings report Monday, Cineplex cautioned that if unsuccessful in securing that financing, its future prospects and its status as a “going concern” could be at risk.

“We are confident we’ll get there,” chief executive officer Ellis Jacob said in an interview on Tuesday. “We don’t know – and this is the challenge – how long this is going to last. We don’t want to just put a Band-Aid on. We want to make sure that we are covered so that we don’t have to go and redo things multiple times.”

Mr. Jacob was supposed to be retired by now, having just completed the sale to British-based Cineworld Group PLC. Instead, Mr. Jacob says he is not going anywhere and is focused on overseeing the recovery of the company.

Cineplex is pursuing legal action over Cineworld’s withdrawal from the deal in June.

“I didn’t think I’d be talking to you at this point. But you know what, things change,” Mr. Jacob said. “One has to adapt to changes. ... I’m looking forward to putting Cineplex back on its feet.”

Raising the financing could involve selling business units – such as Cineplex’s stake in an e-sports business, which it sold on Monday but only for “nominal proceeds” – or corporate-owned real estate such as the company’s headquarters on Yonge Street in Toronto.

The terms of the Cineworld deal – which was terminated June 12 – did not allow Cineplex to take on additional debt while absorbing the hit from the closing of its theatres nationwide on March 16. As of March 31, Cineplex had $665-million in long-term debt. To manage, the company temporarily laid off more than 11,000 hourly workers and cut salaries for full-time staff, slashed spending, negotiated rent relief with landlords and delayed payments to suppliers, suspended its dividend and applied for government supports such as wage subsidies.

On a call to discuss first-quarter earnings Tuesday morning, chief financial officer Gord Nelson said Cineplex does not expect to begin paying a dividend again in the near future.

The business disruption, coupled with speculation that the Cineworld deal was in peril even before it was called off, has battered Cineplex’s stock price. The deal valued the Canadian company at $34 a share; in mid-March the stock fell to less than $10. The shares closed at $9.92 on Monday, before the earnings release. On Tuesday morning, it briefly dipped to less than $8 before closing at $8.04.

In its earnings release on Monday evening, the company reported a $173.1-million impairment charge on both its assets and goodwill, contributing to a net loss of $178.4-million, or $2.82 a share, in the three months ended March 31, compared with $7.4-million, or 12 cents a share, in the same period last year. The company said the impairment charge was driven by the decline in its stock price, estimated losses from the theatre closings and reopenings, and the time it will take for business to return to normal.

In a research note on Monday looking ahead to the earnings release, Bank of Nova Scotia analyst Jeff Fan used box office data from South Korea, whose theatres reopened roughly two months ago, to explore whether audiences could be prepared to return in the long term. He noted this past weekend was particularly strong for the Korean box office, driven by the success of a new film, proving that audiences will come out if the film slate is strong enough. The report also noted, however, that the country saw 60- to 90-per-cent declines in box office revenues in June compared to the same time last year. Mr. Fan estimated Cineplex’s box office revenue will also continue to be down significantly even after reopening.

Last week, Cineplex slowed down its reopening plans after movie studio Warner Bros. pushed back the release date for Tenet, a highly anticipated summer film that had already been delayed from mid-July to July 31, before being postponed again to Aug. 12.

During the pandemic, movie studios elected to release some new films through streaming, in some cases for a fee similar to two tickets at the theatre. However, on Tuesday’s call with analysts, Mr. Jacob said the theatrical run represents a $40-billion business globally, and that he does not expect studios “want to be trading dimes for nickels” in the long term. The film slate for 2021 looks very strong, he said, including a new instalment of the Fast & Furious franchise, a third Jurassic World, and sequels to Space Jam, Minions and Suicide Squad.

Mr. Jacob said theatre reopenings will not happen at “full steam” until late July or early August. The company will be watching how customers’ habits change, and whether they prefer different showtimes, for example. Cineplex is promoting enhanced cleaning in its theatres and reduced capacity to allow for physical distancing, and is focused on building people’s confidence that movie theatres are a safe and comfortable environment.

“We want to come out of this stronger,” Mr. Jacob said. “At the end of the day, Cineplex is an important company, an important brand, in Canada.” 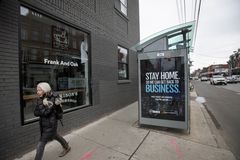 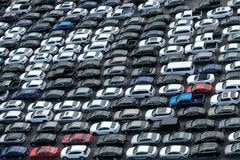 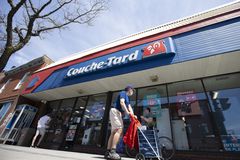