Can the global spread of the coronavirus scuttle a months-old takeover deal between Cineplex and British-based Cineworld Group PLC, just weeks after shareholders of both companies overwhelmingly approved the deal?

On Thursday, the stock closed in Toronto at $29.86, down $2.62 or 8.1 per cent, and well below the $34 per share takeover price – offering an intriguing, although potentially risky, arbitrage opportunity of $4.14 per share or nearly 14 per cent if the deal closes as planned later this year.

The global outbreak of the coronavirus has hammered theatre stocks in recent weeks, based on concerns that people will be reluctant to attend public events. On Wednesday, the producers of the latest James Bond film, No Time To Die, announced that they will delay the film’s release from April to November owing to a “thorough evaluation of the global theatrical marketplace."

But Cineplex, in particular, was hit by a series of tweets on Thursday from a short-seller arguing that the deal between the two companies could either fall apart or be repriced because of the market turbulence.

“The market is indicating a [about] 90-per-cent chance of the deal going through, which we think is horrendously mispriced. We estimate the odds at 50-60 per cent, with the market significantly underestimating the desperation with which we think Cineworld will seek to break or modify the deal,” Hindenburg Research said in one of its tweets.

Short-sellers profit when share prices fall, and U.S.-based Hindenburg Research sees the potential for a big gain here: If the all-cash deal between Cineplex and Cineworld fell apart, the short-seller expects Cineplex’s share price could fall significantly more, to $15.

A spokesperson for Cineworld said in an e-mail: “We aren’t commenting on any market speculation.”

A spokesperson for Cineplex was not available for comment. Hindenburg Research did not respond to an e-mailed inquiry.

Theatre stocks were struggling long before the appearance of COVID-19, owing largely to competitive threats from online streaming services from the likes of Netflix, Amazon, Apple and Disney. These threats underscored the deal with Cineworld, which believed that a larger global footprint would help it cut costs.

“Scale matters in this business,” Cineworld chief executive Mooky Greidinger told The Globe and Mail in December, when the deal was announced.

But the coronavirus has made a difficult situation worse. AMC Entertainment Holdings Inc. has seen its share price slide 37.5 per cent since Feb. 20, when stock markets began to reflect concerns that COVID-19 could weigh heavily on global economic activity. IMAX Corp. has fallen 14.2 per cent over this period.

Cineworld shares have fallen 35.9 per cent over this period, including a 13-per-cent decline on Thursday.

But the question is whether weak share prices and the spread of the coronavirus are enough to scuttle a deal, if Cineworld wants to walk away. The agreement between Cineworld and Cineplex in December specifically mentioned that illness isn’t enough to trigger a material adverse effect clause, which can provide an exit.

“I think the deal is likely to close, and people who step in and buy here could be rewarded,” Mr. Klymochko said in an interview.

He added: “Every short report I’ve seen on a Canadian M&A situation has been wrong, and the deals have closed.” 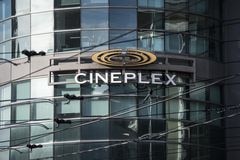 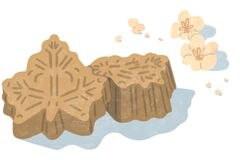