Cirque du Soleil founder Guy Laliberté predicted a “battle royale” for control of the travelling troupe. If he decides to jump into the wrestling ring, a possibility he raised last week, he’s going to find out that the major players are already mixing it up.

Cirque’s owners, led by Texas-based private equity fund TPG Capital LP, unveiled a bit of legal sleight of hand in late March that has infuriated the company’s lenders, who are owed US$1-billion. The owners transferred Cirque trademarks and other intellectual property into a separate holding company, which they control.

They made their play two weeks after Cirque shut down its shows because of the COVID-19 pandemic and two days before the company was scheduled to pay interest on its bonds. (Along with TPG’s 55-per-cent stake, Montreal-based Cirque is controlled by China-based Fosun Capital Group with a 25-per-cent holding and Caisse de dépôt et placement du Québec with a 20-per-cent position.)

The restructuring meant that valuable Cirque brands in most jurisdictions – other than the United States and Australia – are no longer assets that creditors can claim in a bankruptcy. The manoeuvre took on heightened importance on April 1, when the company did miss an interest payment. Credit rating agency Moody’s promptly said Cirque could default on its debt. Cirque then hired National Bank of Canada and New York investment bank Greenhill & Co. to advise on a potential sale or restructuring.

Cirque creditors – mostly U.S. high-yield bond funds and distressed-debt investors – are now fuming over what they see as an aggressive move by TPG and its partners to remain at the table during negotiations over the company’s future, despite being wiped out financially.

By any conventional measure, the Cirque is currently worth less than the value of its debt, with shows shut down and no cash coming in. Restarting the company is expected to cost more than $100-million.

While they won’t go on the record, creditors complain that by taking valuable intellectual property out of Cirque, the owners are effectively blocking a sale or restructuring and risking a costly, lengthy court battle.

Sources working with the creditors said they will ask a Quebec judge to overturn the asset transfers if the company ends up filing for court-administered creditor protection. There are several potential buyers, including Quebecor Inc. The Globe and Mail is not identifying the names of the sources because they are not authorized to speak publicly on the matter.

TPG’s spokesperson said the asset transfer was approved by an independent committee at the Cirque, and was essential as collateral for a US$50-million loan last month from the three owners, “emergency financing, which would otherwise be unavailable given the continued disruption brought on by the COVID-19 pandemic.”

"By using bargained-for provisions in the credit agreement that the lenders consented to at the time of the credit agreement, Cirque was able to create unrestricted subsidiaries and drop down the IP [intellectual property] assets, which allowed it to receive several financing proposals to address near-term liquidity needs and sustain limited operations during this period,” the TPG spokesperson said.

When Caesars filed for bankruptcy and its bonds were trading at 40 cents for each dollar of face value, creditors attacked the asset transfers. They sued the fund managers, and for good measure, they also filed personal lawsuits against TPG and Apollo executives. TPG and Apollo eventually compromised, striking a deal that paid Caesars’ lenders 66 cents on the dollar.

As Mr. Laliberté pointed out last week, there is a difference between a court fight over hotels and a battle over theatre productions that are only as good as their actors. “Cirque is a living organism – with a heart, a soul and a spirit – that lives, grows and recharges through its artists, its audience and its employees,” said the founder, who showed deft timing in selling the bulk of his stake five years ago for US$1.5-billion. He said: “Cirque’s future will depend on patient investors who will step into the ring and be in for the long haul."

Unless cooler heads prevail, a bare-knuckle brawl between Cirque’s creditors and its TPG-led ownership group is going to keep those patient investors on the sidelines, leaving Cirque performers with no choice but finding somewhere else to work their magic. 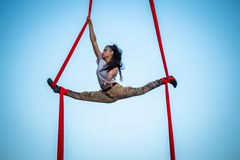 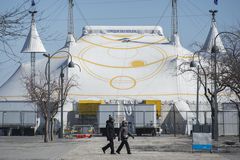