Cirque du Soleil says it expects its main lenders to make a new bid for the company next week, which would shift the balance of power in the insolvency battle decisively toward the creditors from the shareholders.

Lawyers for the circus troupe told a Quebec Superior Court hearing on Friday they have had “extensive discussions and negotiations” with a group of creditors holding most of Cirque’s $1-billion in secured debt, and reached an agreement on a bid.

“Things are moving very fast,” said Guy Martel of Stikeman Elliott LLP. “We have finalized the agreement and now we are going through the corporate steps that are necessary to seek approval of that agreement.”

Cirque still has to obtain internal approval of the agreement with the creditors. Then, the new bid and revised guidelines for a related sales process would be shared next week and presented for the court’s approval at a hearing on Friday.

The development marks a change in the fight over Cirque, which filed for bankruptcy protection last month after its business collapsed amid the coronavirus pandemic, as creditors look set to win control unless a better offer is made. It also suggests creditors have moved past their anger at Cirque’s decision to file for bankruptcy protection and strike an agreement with equity holders TPG Capital LP, China-based Fosun Capital Group and the Caisse de dépôt et placement du Québec.

“Ultimately, a negotiated path forward is in the best interest of all parties rather than having the matter contested before the court,” said Martin Rosenthal of bankruptcy monitor Ernst & Young Inc.

Joseph Pasquariello of Goodmans LLP, a lawyer for the creditor group, offered few details about the bid, but called it “vastly superior” to that of the shareholders. He told the hearing the bid includes an employee-retention program, a pledge to settle staff vacation and unpaid bonuses, as well as $20-million to pay Cirque’s current and former employees and independent contractors.

“Frankly, we can see no other legitimate decision by Cirque’s transaction committee and its [board of directors] exercising their fiduciary duties in the circumstances other than approving that agreement as the stalking horse bid. If that turns out, unfortunately, not to be the case, then obviously, we will have much more to say about that.”

Mr. Pasquariello said in an interview that the agreement will reflect the creditors’ enthusiasm for rebuilding Cirque du Soleil as restrictions on large gatherings are relaxed. “Getting this agreement signed up and approved is really the first step in getting this restructuring back on the right track, and so we view that as a significant development,” he said.

TPG and Cirque’s other shareholders had no comment on Friday. Their initial bid offered to inject US$300-million to restart the company, while paying lenders a fraction of what they are owed.

Under that plan, lenders would receive US$50-million in cash, US$50-million in new, unsecured bonds and a 45-per-cent equity interest. Cirque said the restructuring values the entire company at more than US$420-million.

The lenders include Toronto-based Catalyst Capital Group Inc. and U.S. debt funds such as CBAM Partners, BlueMountain Capital Management LLC and Thomas H. Lee Partners. It said it supports a restructuring for Cirque, but has called the selection of the TPG group bid “flawed and unfair.”

Previously, the creditors had offered to swap about US$1-billion in debt for 100-per-cent ownership of the Montreal-based company. 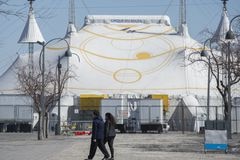 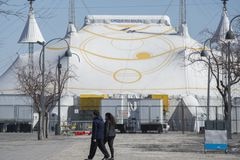 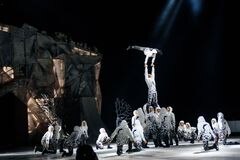 Follow Nicolas Van Praet and Jeffrey Jones on Twitter @NickVanPraet @the_Jeff_Jones
Report an error Editorial code of conduct
Due to technical reasons, we have temporarily removed commenting from our articles. We hope to have this fixed soon. Thank you for your patience. If you are looking to give feedback on our new site, please send it along to feedback@globeandmail.com. If you want to write a letter to the editor, please forward to letters@globeandmail.com.
Comments