A little-known private company has emerged as a contender to acquire $3.7-billion in crude-by-rail contracts that the Alberta government aims to transfer to the private sector.

The Alberta Petroleum Marketing Commission (APMC), the Crown corporation in charge of divesting the contracts, is in advanced talks to sell contracts to manage the rail tanker cars, and oil logistics and marketing company Clover Oil & Gas Ltd. remains in discussions, its president said.

“We are involved in the process. We are very much involved. But at this time I don’t know if we are in a position to say where we are in the process,” said Brent Osmond, president of Clover. The company’s headquarters is in Houston and it has an office in Calgary, according to its website.

Offloading the contracts for 4,400 tanker cars has been a priority of Premier Jason Kenney’s United Conservative Party government, which has said it should not be in the transport business. The contracts were arranged by the previous NDP government, which also signed deals with Canadian Pacific Railway and Canadian National Railway for service, staff and track capacity.

Kavi Bal, spokesman for Alberta Energy Minister Sonya Savage, would not confirm that Clover had been chosen as winner of the auction, but said that a deal was “very, very close” and that the APMC was “dotting the i’s and crossing the t’s.”

Mr. Osmond agreed. "I would think that’s a fair statement and I would also venture to guess that those i’s are still being dotted, and t’s crossed,” he said.

It is unknown whether the Alberta government will provide any financial backstop, or award contracts to other bidders.

If Clover is successful, it would surprise many industry watchers, who have said they expected a major Alberta heavy-oil producer to win the contracts. Canadian Natural Resources Ltd. had been tipped a likely winner. The structure of the deal on offer is not known, but it is assumed a successful bidder would arrange for acquiring the crude from producers, dealing with the transport logistics and delivering it to end markets in regions such as the U.S. Gulf Coast. Mr. Bal declined to discuss any details, such as whether the cars will be sold or leased.

Clover currently has no railcars of its own. Mr. Osmond declined to say how the company planned to finance the acquisition of the contracts, citing its private status.

“But to date we have moved crude from Western Canada to the United States, and we also broker crude marketing transactions and we’ll continue to do so,” he said. “And obviously any business that we’re fortunate enough to be granted through the APMC process would be in addition to that."

The APMC also declined to comment, citing commercial confidentiality. The Crown corporation is responsible for marketing conventional crude and developing new energy markets and transportation infrastructure. Canadian Imperial Bank of Commerce was engaged as an adviser in the process.

Last year, a glut of oil supply within Alberta from insufficient export pipeline capacity prompted the price differential on Western Canada Select heavy crude to widen to more than US$40 a barrel less than U.S. benchmark oil. In response, then-premier Rachel Notley imposed production curtailments and arranged the railcars, which will ship 120,000 barrels a day. Mr. Kenney has been adamant the rail contracts be offloaded to the private sector. In the recent budget, his government wrote off $1.5-billion as an expense for unloading the contracts.

Calgary-based CNRL has confirmed it was in talks with the government but, in an interview earlier this month, president Tim McKay was non-committal. “It’s a more expensive option and, if you believe that pipeline optimizations will come into play, you really don’t want to be hamstrung with three-year contracts,” he said.

Cenovus Energy Inc., the oil sands producer, said getting the capacity into the hands of the industry would be a “win-win,” but cited confidentiality when asked whether it was looking to nail down a contract.

Clover has a notable advisory board, which includes two executives with extensive crude oil transport logistics experience. They are David Ritter, who was previously chief operating officer of major U.S. refiner Philadelphia Energy Solutions, and before that, senior vice-president of Saudi Aramco’s U.S. refining affiliate.

The other adviser, Larry Rosenblatt, is a 40-year energy industry veteran with oil supply and trading experience at Exxon Mobil Corp., according to Clover’s website. 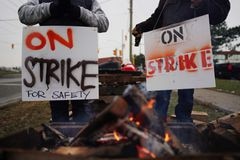 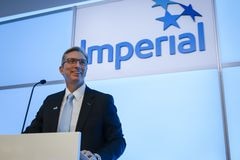 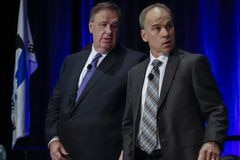