After months of defending a forecast of plunging home prices and soaring mortgage arrears in 2020, the nation’s housing chief has conceded the prediction was wrong.

Evan Siddall, the chief executive officer of Canada Mortgage and Housing Corp., explained how his agency missed the mark in a series of tweets on Monday. No one foresaw the extent of the discriminatory impact the virus would have on lower-paid workers, many of whom are renters, he said.

Meanwhile, higher-paid employees would mostly continue working and reap the rewards from cheap borrowing costs and lower expenses. The work-from-home mandates for higher-income households triggered many homeowners to seek larger properties, driving up sales and prices across the country.

“I’ve been taken to task for pessimistic housing forecasts last spring,” Mr. Siddall said in one of his tweets. “At the time, I felt responsible to share what my colleagues were predicting. Times were uncertain and I felt that a warning about house prices was responsible.

“We never pretended to have [a] crystal ball. Nor are we all-knowing on housing. We meant to contribute to a discourse, even though it was hard to be precise about [the] future. In hindsight, we could have made that clearer,” he said.

CMHC repeatedly defended the prediction, saying COVID-19 cases could surge, that the economy could shut down again and more people could lose their jobs and not be able to afford their houses.

But in spite of a second wave of cases, rolling lockdowns and activity restrictions, the housing market has continued to boom. Higher-income households have competed fiercely for detached properties in cities, suburbs and rural areas, and driven prices up. The home price index, which corrects for expensive transactions, rose 13 per cent to a record high last year, and continued to go up in January. Banks’ mortgage deferrals have largely expired, with most resuming their payments. The arrears rate stands at about 0.25 per cent.

A recent CMHC report on the housing markets of major cities outlined a shift to detached houses, the record low mortgage rates and noted that higher-income households adjusted rapidly to the pandemic.

Economists and realtors had questioned CMHC’s forecast when, month after month, prices and resales reached record highs in parts of the country. Although banks and others also made incorrect forecasts, CMHC stood by its outlook. The Canadian Real Estate Association suspended forecasts for most of last year because of the uncertainty.

“The bigger issue was sticking to the call, rather than the initial call, as there were a lot of bad forecasts last March and April,” said Douglas Porter, chief economist at Bank of Montreal. “CMHC is not like other forecasters, it is the national housing agency, so its views will carry a lot of weight.”

Although realtors and other industry players have criticized CMHC, some did not fault the agency. “CMHC had to throw a dart in the dark,” said Robert McLister, mortgage broker and founder of mortgage rate comparison website RateSpy.com. “Its forecasts were nonetheless logical given what was knowable at the time. The difference between it and many other analysts, myself included, is that CMHC took a lot longer to reverse heading when its course appeared wrong.”

Now, Mr. Siddall is stressing concerns over rising mortgage debt, as well as the diversion of investments into housing, increased inequality and higher greenhouse gas emissions in less populated cities. 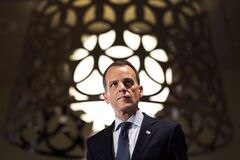 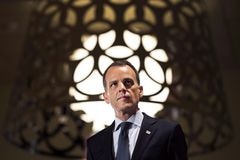