Eric AtkinsTransportation Reporter
Published May 19, 2021 Updated May 19, 2021
For Subscribers
Comments
Text Size
Please log in to listen to this story. Also available in French and Mandarin. Log In Create Free Account

JJ Ruest, Canadian National Railway Co. ’s chief executive officer, said he is confident he will prevail in the battle for Kansas City Southern , despite hurdles posed by the U.S. regulator and opposition from a major shareholder.

CN has outbid rival Canadian Pacific Railway Ltd. ’s offer of US$25.2-billion for KCS, which has until 5 p.m. ET on Friday to accept the CN deal. It’s a high-stakes tussle for a railway that connects the U.S. Midwest with ports throughout the southern U.S. and Mexico, offering the winner a chance to capitalize on the north-south flow of autos, consumer goods and petroleum products.

At an investors’ conference on Wednesday, Mr. Ruest said shareholder TCI Fund Management’s opposition to the Montreal-based railway’s US$29.9-billion bid for KCS is not aligned with the views of other large stockholders, which have backed the deal publicly and privately.

CN and CP are offering enormous sums for Kansas City Southern, but history suggests the payback will be robust

He reiterated the company’s commitment to securing the deal and winning the U.S. regulator’s approvals to create the first North American railway that connects three countries. “We believe the public benefit is quite significant,” Mr. Ruest said. “We believe the long-term value creation for our shareholders is also very large.”

Mr. Ruest made his comments a day before CP’s Thursday deadline to respond to CN’s higher offer. CP in March announced a friendly deal with KCS, but then CN stepped in with a richer offer. KCS called CN’s bid “superior” and said it plans to terminate the CP agreement.

CP has said it will not engage in a bidding war, and instead is relying on its lower hurdles before the U.S. regulator, the Surface Transportation Board.

In reviewing the CN-KCS proposal, the STB will require the deal to foster competition, among other tests. The regulator has already said it will hold a CP-KCS merger application to a more lax standard, given the small size of both railways.

Speaking separately at an investors’ conference on Wednesday, John Brooks, CP’s marketing chief, said a combined CP-KCS railway has no overlap, and offers shippers an end-to-end network that meets in Kansas City, Mo. The two railways are the smallest of the so-called Class 1 rail carriers operating in the United States, and their merger would foster competition without raising antitrust concerns, Mr. Brooks said.

“Our proposal is the only Class 1 merger that can get approved,” Mr. Brooks said.

Both railways plan to hold the shares of KCS in a voting trust while awaiting approvals from the STB and the Mexican regulator. The STB has already approved CP’s voting trust, and is not expected to issue a decision on the CN trust until early June, CN said.

CN shareholders Caisse de dépôt et placement du Québec and Bill Gates’s Cascade Investment LLC have come out in favour of the CN-KCS deal, while TCI Fund Management is opposed to it. The British-based investor said CN is paying too much, and risking almost $2-billion even before the deal is put to KCS shareholders. The fund points to CN’s pledge to reimburse KCS’s US$700-million fee to cancel the CP deal, and the $1-billion it must pay KCS if the voting trust is rejected by the STB.

Mr. Ruest said he welcomes TCI’s feedback but said the fund is also a CP investor. He said CN is managing the risks of the regulatory process “step by step.”

Mr. Ruest said he expects KCS shareholders will vote on the deal in July, and Mexico’s regulator will rule in the second half of 2021. The STB final decision is expected in late 2022 or early 2023, Mr. Ruest said. 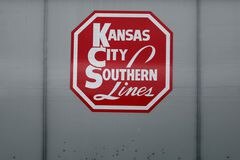 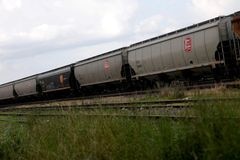 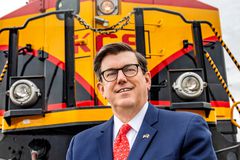