CN said on Monday it has forwarded more than 500 letters in support of its KCS takeover from customers and other stakeholders to the U.S. regulator, the Surface Transportation Board (STB), which will rule on any takeover of the railway.

“Overall, we have a better bid,” JJ Ruest, chief executive officer of CN, said on a conference call held to discuss the railway’s first-quarter financial results on Monday. “We’re a better partner for KCS and the North American economy.”

The winner of the high-stakes battle for KCS will control a railway that runs south into Mexico from the U.S. Midwest, reaching ports on the Gulf of Mexico and the Pacific Ocean. Both CP and CN are trying to form the first railway to link Canada, the United States and Mexico, tapping the north-south movement of goods that moves tariff-free.

KCS said on Saturday it will talk with CN to determine whether the Montreal railway’s offer is “superior.” If KCS backs CN’s offer, CP has five business days in which to respond.

Either KCS deal requires approvals from KCS shareholders, in a vote expected to happen in June, and the STB.

CP last week said it has no plans to raise its bid, and has instead been lobbying against the competing bid in press releases and in letters to KCS and the STB. Pointing to overlap in CN and KCS’s routes, CP says the competing takeover is unlikely to win regulatory approval.

Sean Finn, CN’s chief legal officer, said CN is confident it will be able to address any competition concerns raised by the regulator.

A higher offer from CP could come later, but is not imminent, said Anthony Hatch, a railway analyst at ABH Consulting in New York. “Right now, that would undercut their political risk argument,” Mr. Hatch said by phone. “They are saying the other deal is a loser so why would you have to raise [the offer]?”

Both suitors plan a two-stage takeover process common in the railway industry.

After approving a takeover, KCS shareholders would receive cash and stock of the purchasing company in exchange for their KCS shares. These KCS shares would be put into a voting trust and KCS would operate independently until the U.S. regulator issued its approval or rejection of the takeover. This is expected to happen in mid-2022.

If the takeover is approved, the purchaser takes control of the shares and the voting trust is dissolved. If the deal is rejected, the voting trust sells the KCS shares in a manner approved by the STB, which could include a public offering.

The voting trust structure is intended to preserve the independence and operational integrity of the company being taken over. It is also an investor-friendly way to get cash to shareholders without them having to worry about how the regulator will rule on the deal, said Scott Rostan, CEO of Training the Street and a former mergers and acquisitions banker for Merrill Lynch.

“You can sell in, you’re going to get your cash. It’s not your problem any more,” Mr. Rostan said in an interview. CN said it has asked the STB to approve its trust by May 31, and expects a ruling on the CP trust by the same date.

CP might have to sweeten its bid, but does not need to match CN’s because it has a lower regulatory hurdle at the STB, Mr. Rostan said, pointing to an April 23 ruling by the STB. The regulator upheld a waiver it issued to KCS 20 years ago that exempted it from public-interest requirements in a takeover. The STB said this is due to KCS’s small size and its lack of route overlap with CP. 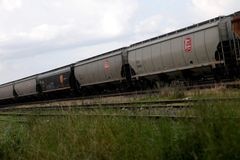 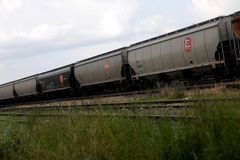 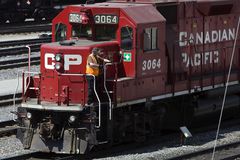