Co-working companies say their industry’s growth will slow and become more disciplined in the wake of the troubles at WeWork, which is racing to restructure its money-losing business.

“What we have learned is that growth for growth’s sake is not a long-term, viable business model,” Ryan Simonetti, chief executive officer of U.S.-based Convene, said at an industry discussion Tuesday on shared office space.

“You can grow quickly and create a lot of value for both your customers, employees and investors, but you don’t have to do it in a non-disciplined, rapid way,” he said. Convene has 30 locations in the United States.

WeWork used billions of dollars in investor funds to expand from one location in Manhattan to 600 locations in 122 cities in less than a decade. That has left WeWork with US$47.2-billion in lease obligations and no profits. In the first half of this year, the company lost US$900-million on revenue of US$1.54-billion, according to regulatory filings.

After its initial public offering failed in September, WeWork replaced its executive chairman and chief executive officer, received a financial bailout from its largest investor and is now under pressure to cut jobs and divest assets.

Its difficulties have shaken the co-working industry, which counts hundreds of shared office companies worldwide, including more than 200 in Canada.

“We have grown almost fourfold in the last year. Given what happened with WeWork, we will probably slow down,” Edward Shenderovich, chairman of co-working company Knotel, said on the panel.

Knotel has more than 200 locations globally, including in Toronto, according to the company. Mr. Shenderovich did not elaborate on why his business would slow and Knotel did not immediately respond to a request for more information.

Fora, a co-working business with 15 locations in Britain, said the idea of growing fast in the hopes of dominating the sector is misguided. “To pursue growth for the sake of growth – we have got to stop all of that,” Enrico Sanna, Fora’s CEO, said on the panel, adding that he reviews dozens of locations before doing a deal.

Shared offices have been around for decades, but WeWork popularized the concept with its chic spaces, lounges and free beer.

Its spaces were coveted by smaller tech companies and contract workers, many of which did not have the capital to spend on office amenities and did not want to get locked into long leases. WeWork’s reputation helped fuel a global co-working frenzy.

But since WeWork started unravelling, property owners are not only wary of WeWork, they are more cautious about the co-working sector.

The commercial real estate industry has expressed concerns over what will happen to a city’s office market if WeWork is forced to shed unprofitable locations or is unable to fulfill their own lease obligations.

In addition, the co-working business model is being questioned. WeWork, along with most of the industry, including the biggest provider IWG PLC, run a rent-arbitrage business. The co-working company signs a long-term lease and spends capital to renovate the space. It then charges a premium to rent out the same space on a short-term basis and expects to profit on the price difference.

Now, property owners are looking at different models such as a partnership, where a landlord would share the upside and risks with the tenant.

“We are seeing increased interest from owners about this type of partnership,” Mindspace’s chief executive officer, Dan Zakai, said ahead of the panel discussion. Mindspace has 30 locations in Europe and the U.S. "Owners that a different type of partnership model is the way to go,” he said.

T-Mobile’s John Legere among the candidates as WeWork searches for next CEO Subscriber content
November 11, 2019 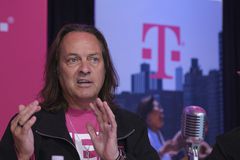 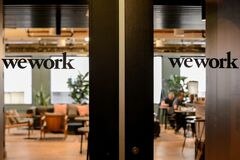 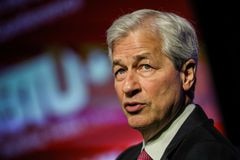