The chief executive officer of Cogeco Communications Inc. says public anger over high wireless prices means the time could be right for the company to launch a mobile service.

The Montreal-based cable company has long stated it would like to offer mobile services to its TV and internet subscribers in Ontario and Quebec, but two recent purchases of licences for cellular airwaves totalling slightly more than $30-million fuelled speculation that Cogeco is more actively pursuing wireless.

CEO Louis Audet outlined the state of the company’s plans on Thursday, telling financial analysts that new trends could “help us enter the business on financially attractive terms” but still insisting Cogeco won’t rush into spending heavily on it.

Cogeco’s cautious moves to get into the still-growing wireless market come as its traditional cable television business is under pressure, with subscribers increasingly cutting the cord in favour of online streaming. The company believes it could win mobile customers from the established national carriers, BCE Inc., Rogers Communications Inc. and Telus Corp., amid government efforts to support new competition in the industry, including reserving more than 40 per cent of airwaves in a coming spectrum auction for small players.

“There is a growing frustration in the public with regards to the price of wireless services in Canada. This is being echoed at the government and regulatory levels,” Mr. Audet said, adding that this will “likely” lead to more favourable regulatory conditions for an emerging wireless player such as Cogeco.

He said 5G technology could also help the company, arguing that the next generation of wireless services will rely more on small cell sites that could be installed on Cogeco’s existing cable infrastructure.

“The opportunity exists to start with a blank sheet of paper and leapfrog existing legacy network topology and build directly using the technologies of the future.”

Nonetheless, Mr. Audet said the company was not likely to build its own network entirely from scratch, which would demand more capital investment. He said it would probably pursue a “hybrid” model where Cogeco builds in some areas and partners with an existing operator to resell their wireless service in other areas.

Cogeco could conceivably negotiate a reselling arrangement with a player like Shaw Communications Inc.’s Freedom Mobile, but the company is also hoping the government and regulators will one day force the large national carriers to resell wireless service to other smaller operators.

Mr. Audet’s comments on the wireless opportunity come one day after the company reported a 15-per-cent decline in third-quarter profit, which slipped to $64.5-million, down from $76.2-million this time last year.

Its U.S. cable business − where Cogeco has been on an acquisition spree over the past several years − continues to drive revenue growth for the company, with overall sales up 12.7 per cent to $637-million despite only stable results from Canadian cable.

In Canada, Cogeco lost 9,000 television subscribers and added only 700 internet customers. Cogeco struggled more than usual with subscribers in the period as it introduced a new customer management computer system in April that replaced 22 legacy systems.

Mr. Audet said the new system will simplify workflow, improve Cogeco’s marketing abilities and reduce expenses over time. But for the past three months or so it has caused serious headaches as new subscribers have complained about lengthy delays in getting service and customer support lines have been overwhelmed.

Mr. Audet said he recognized the “pain” a number of customers have experienced. “We are really sorry that they’ve had to endure that, but this is for the better of this company and its shareholders over the long term as well as for its customers because services in the longer term will cost less.”

He said most of the impact was felt in May, but it did continue into June and July, adding he expects “things should be resolved by the end of this month.” 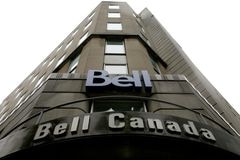 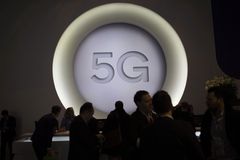