Coca-Cola Canada Bottling Ltd. is spending $36-million to expand its facilities and produce beverages such as iced tea and energy drinks in Ontario, rather than the U.S., as part of a strategy to win consumers who want to buy local.

Coke Canada Bottling, a family-controlled company, is investing $17-million in a state-of-the-art tunnel pasteurizing machine at a facility in Toronto to produce Nestea, Powerade and Monster Energy drinks, replacing imports of some of these drinks from U.S. plants. These drinks account for approximately 15 per cent of the company’s sales and make up one of its fastest growing product lines.

The Toronto-based company also announced plans on Thursday to spend $13-million rebuilding equipment in a plant in Brampton, Ont., so a line that currently only fills two-litre plastic bottles will be able to handle containers of various sizes. And the company will spend $6-million to add capacity and product flexibility to its facility in the Montreal suburbs.

“We want to live up to what Canadians expect around supporting local businesses,” said Todd Parsons, chief executive of Coke Canada Bottling. He said: “There could not be a better time to invest in our business than during a pandemic, when we can play a role in supporting an economic recovery.”

Improving the three facilities and eliminating transport of products from the U.S. will cut the Canadian operation’s greenhouse gas emissions by 1.6 million kilograms annually, the company said – the equivalent of taking 350 cars off the roads.

“This is phenomenal news for Canada, and we need more of these investments,” said Michael Graydon, chief executive of industry group Food & Consumer Products of Canada. He said in recent decades, the trend in North American companies is to centralize production at U.S. plants. Mr. Graydon said Coke Canada Bottling is investing in domestic production at a time when “COVID-19 has made Canadians aware that the supply chain is fragile and needs to be strengthened.”

Coke Canada Bottling is owned by private equity firm Kilmer Group, which is controlled by Larry Tanenbaum, the chairman of Maple Leaf Sports & Entertainment, and by Junior Bridgeman, a former NBA player and owner of a large midwestern U.S. Coca-Cola bottler. Mr. Tanenbaum and Mr. Bridgeman bought the business from Atlanta-based Coca-Cola Co. in 2018 for an estimated $800-million as part of the parent company’s global move to separate beverage production and marketing from its distribution business.

Coke Canada Bottling expects to hire at least nine employees when it finishes expanding its three facilities this summer. The company has 5,500 staff at 50 facilities across the country.

The soft-drink bottler is the latest consumer product company to wrap itself in the Canadian flag as a way to win customers. Condiment maker French’s won significant share in Canada’s ketchup market from the dominant player, Kraft Heinz Co., after Heinz was widely criticized for shutting down production in Leamington, Ont., in 2015. Heinz admitted defeat in the ketchup wars last month by announcing plans to open a new facility in Montreal.

“The legacy of the ketchup wars is the fact that it has completely changed the competitive landscape,” said Sylvain Charlebois, the senior director of Dalhousie University’s Agri-Food Analytics Lab. “There are a lot more Maple Leaves on bottles in that aisle of the grocery store compared to a few years ago.” 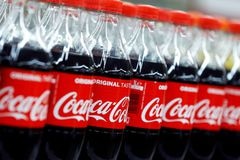 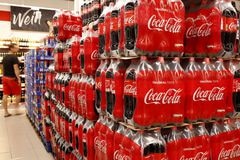 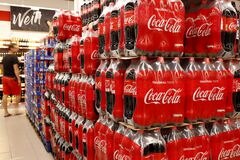