A coalition of Canada’s largest retailers and commercial property owners is lobbying Ottawa for a rent relief package that could see major landlords slash rent by one-third for their distressed tenants and walk away from billions of dollars in revenue, while providing loans to retailers to cover the rest of their rent.

The group, which includes Hudson’s Bay Co., Indigo Books & Music Inc. and Cadillac Fairview, is proposing that landlords provide an abatement on one-third of the rent for 10 months to retail tenants whose revenues have declined significantly. The companies have also asked the government to establish a low-interest loan program to help retailers cover the other two-thirds of the rent, according to people with knowledge of the proposals. The Globe is not identifying the sources because they were not authorized to speak publicly on the matter.

The proposal is designed to help large retailers that aren’t covered by Ottawa’s rent relief program for small businesses. That program provides taxpayer funds for half of small tenants’ gross rent as long as the tenant has lost a minimum of 70 per cent of its revenues due to the novel coronavirus pandemic and pays $50,000 or less in monthly rent.

Also involved is investment firm Fairfax Financial Holdings Ltd., which owns retailers such as Toys R Us Canada and Recipe Unlimited — the parent company of restaurant chains such as The Keg and Swiss Chalet. The Retail Council of Canada is backing the proposal as well, and StrategyCorp, a communications firm, is involved.

The coalition has been collectively advocating for the measures in order to show broad industry support. But the loans could apply to any retailers designated as non-essential by governments that have been forced to close. Many larger retailers are in need of rent relief, but don’t qualify for the small business relief program. The measures would not apply to retailers such as grocers, which have not suffered deep enough revenue declines during the pandemic.

Rent is a major focus for retailers that are trying to cope with plunging revenues by cutting costs, because it is usually a retailer’s biggest expense, followed by payroll. Many large retailers had already been negotiating individually with landlords for rent relief. In April, mall owners and shopping plaza landlords collected anywhere from 20 per cent to two-thirds of the total rent.

The prospect for landlords to collect more rent in May is slim, given that fitness clubs, entertainment complexes and other non-essential retailers have been forced to shut down to combat the spread of the coronavirus — constricting tenants’ cash flows.

The retail-landlord coalition has been advocating for the relief program since the end of March, and discussions are continuing, sources said. On Thursday the Retail Council of Canada issued a call for a moratorium on commercial rent evictions.

Ottawa has said relief is coming for large tenants that pay more than $50,000 per month in gross rent. But it is not yet clear when the government will announce a plan, and whether it will include terms the coalition has proposed. A spokesperson for the federal Department of Finance declined to comment on Thursday.

The coalition’s proposals include the suggestion that loans cover two-thirds of gross rent, sources said, including fees such as common-area maintenance, as well as property taxes. As for repayment, the coalition wants the government consider a period of five years, with staggered payments beginning with 10 per cent of the loan in the first year, then gradually increasing to 30 per cent in the fifth year.

The group has also suggested that the government could bar retailers from repurchasing shares for some period while they still owe money to the government.

Relief has been particularly urgent for small retailers that are running out of cash, but even larger retailers tend to have limited cash on hand. After 60 days with little or no revenue during the crisis, many of them will face serious financial difficulties.

Even after the spread of the virus slows, it is unclear how quickly retailers will be able to return to normal. Factors affecting a recovery will include the time it takes to develop a vaccine for COVID-19; whether consumers remain fearful and stay home even once stores reopen; and whether a second wave of cases results in further restrictive measures in the future.

Non-essential retailers began closing stores in mid-March and have seen revenues drop precipitously. But even retailers with e-commerce operations have not made up for the loss of sales in their bricks-and-mortar stores. Meanwhile, landlords face the possibility that tenants who cannot weather the storm could create vacancies that would hurt shopping centres and other properties in the long term.

Most companies involved in the proposal either declined to comment or did not respond to a request to comment for this story.​

“We are in favour of the federal government initiative to support our retail tenants through this difficult time," Ivanhoé Cambridge said in a statement. Cadillac Fairview said its CEO is "speaking with his counterparts, major retail clients, industry associations and all levels of government, as we look for support for our industry overall.” 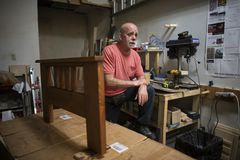 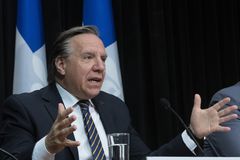