TMX Group, Intelex Technologies Inc. and other companies trying to get rid of their downtown Toronto office space are reversing course, anticipating more of their employees will return to the workplace after more than a year at home.

The move back to the office could be a turning point for Toronto’s business district, where hundreds of restaurants and other services have suffered as the towers stood virtually empty for months. Downtown Toronto’s office vacancy rate was nearly 10 per cent at the end of March, the highest level since the global financial crisis, due to many companies trying to sublease some of their space.

Now some are rethinking those plans and taking space off the market as employees report they want to return to the office, at least for a few days a week.

“A lot of them have decided that they need an office presence and that is what is driving some of the decisions,” said Juana Ross, Toronto market research director for Cushman & Wakefield, a commercial real estate company.

At Intelex, employees initially embraced working from home, which eliminated time-consuming commutes and allowed extra time with family. The Canadian software company put all of its office space on the sublet market in the fall of 2020.

But as the pandemic stretched into the second year, Intelex’s approximately 420 Toronto employees started saying they missed the office and wanted to return for part of the week, leading the company to remove its space from the sublet market.

“About a year ago, [employees] said they were great with working from home. Now we are finding that the majority of them want to come to the office,” said Roula Vrsic, Intelex’s senior vice-president of marketing. “It is not lost on us that people want to see others,” she said.

TMX Group Ltd., which operates the Toronto Stock Exchange, the TSX Venture Exchange and the Montreal Exchange, recently removed some of its space from the sublet market. TMX spokesman Shane Quinn would not directly comment on the decision except to say that the firm will allow employees to work from home for part of the week.

Financial services firm Foyston Gordon & Payne Inc. also pulled its sublease space from the market. “We will be keeping our office space for the eventual return to work,” the company said in an e-mail. Food ordering app Ritual Technologies, fintech company Clearco and cannabis company Tilray, have recently made the same decision, according to brokers. All three did not respond to requests for comment.

Public relations firm North Strategic put its space on the sublet market as it mulled sharing space with a sister agency. But it eventually decided to keep its own downtown Toronto office. “As a creative PR, social media and content agency, we have no plans to go 100 per cent virtual,” North Strategic’s managing director Jessica Savage said in an e-mailed statement.

The PR firm’s office was “flexible” prior to the start of the pandemic and employees did not have assigned desks. Ms. Savage said there will be “more flexibility” when employees return to the office.

Space available to sublet, which is included in calculating the office vacancy rate, is declining, according to commercial real estate company Avison Young. “It may be the beginning of the recovery,” said Bill Argeropoulos, Avison’s head of research for Canada.

Companies that have foreign offices have a better understanding on how the return to the workplace is playing out in regions that have had faster vaccination rates than Canada, such as Britain.

“They have confidence that the back to work is real. It is back to work and use of the space has changed,” said Stan Krawitz, vice-chairman with commercial real estate company Savills Canada.

It is too early to say whether there will be the same level of demand for space in downtown Toronto, as companies reconsider their real estate and how to deal with staff that refuse to go into the office five days a week.

Before the pandemic, downtown Toronto had an office vacancy rate around 2 per cent, the lowest in Canada and the United States. That had spurred developers to build office towers on spec, or without a major business agreeing to lease a significant portion of the space.

Today, several new skyscrapers, including two 49-storey buildings, are opening and their tenants are preparing to vacate their current skyscrapers, which will leave reams of empty office space in those existing buildings to fill.

Although companies like Intelex are keeping the same amount of office space for staff who will not be there five days a week, other companies may not want to spend as much on real estate. “Most can’t afford to and it is a waste of space if they do,” said Samantha Sannella, a managing director with Cushman & Wakefield, who helps businesses plan their office space.

Intelex is working with a designer to reconfigure its office space. The plan is to allow staff to come in when they want. “The workplace has lost the diversity of opinions and the value of water cooler talk,” Ms. Vrsic said. 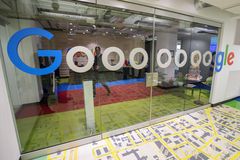 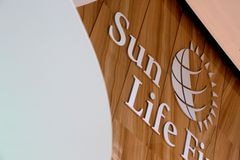 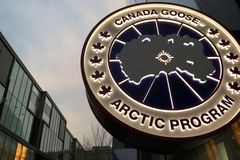